However, Bayern Munich believe they are close to beating United – a host of other leading European clubs – to the 20-year-old forward’s signature. (Independent)

Leicester City are “relaxed” about Chelsea’s pursuit of left-back Ben Chilwell, believing qualifying for next season’s Champions League would put them in a strong position to keep the England international. (Leicester Mercury)

And the Foxes would demand at least £60m for 23-year-old Chilwell. (Guardian)

Manchester City winger Leroy Sane will sign a five-year contract with Bayern Munich. But the 24-year-old Germany international will not become the highest-paid player at the German champions. (Bild) 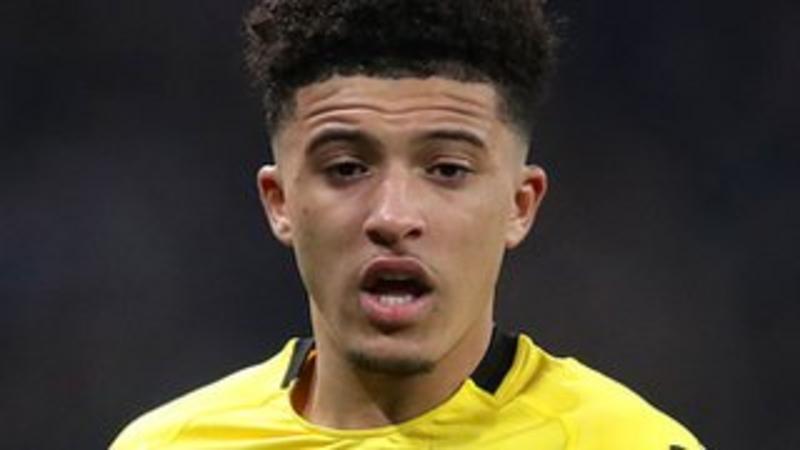 Everton are ready to make a move for Paris St-Germain captain Thiago Silva, whose contract is set to expire at the end of June. The 35-year-old Brazil international’s former club AC Milan are also interested. (Le10Sport)

Arsenal are interested in Norwich City right-back Max Aarons, 20, but are not willing to pay the £30m asking price. (Goal via Norwich Evening News)

Manchester City have made a tentative enquiry to Barcelona about right-back Sergi Roberto. But the 28-year-old Spain international will only leave the Nou Camp if they tell him he can go. (Mundo Deportivo, in Spanish)

Newcastle United midfielder Matty Longstaff, 20, is likely to end up at Premier League rivals Watford if he signs for Italian club Udinese, with both clubs owned by the Pozzo family. (Watford Observer)

Inter Milan would only consider selling Slovakia centre-back Milan Skriniar, who has been linked to Manchester City, if they received an offer over €80m. (Tuttosport via Manchester Evening News)

Manchester United have opened negotiations with Argentine side Velez Sarsfield to sign 19-year-old midfielder Thiago Almada, who has a £20m release clause and has also been linked with Arsenal. (Fichajes, in Spanish)

Premier League strugglers Aston Villa and Championship promotion hopefuls West Bromwich Albion are set to face each other in a training match as part of their preparations for the season restarting. (Daily Mail)