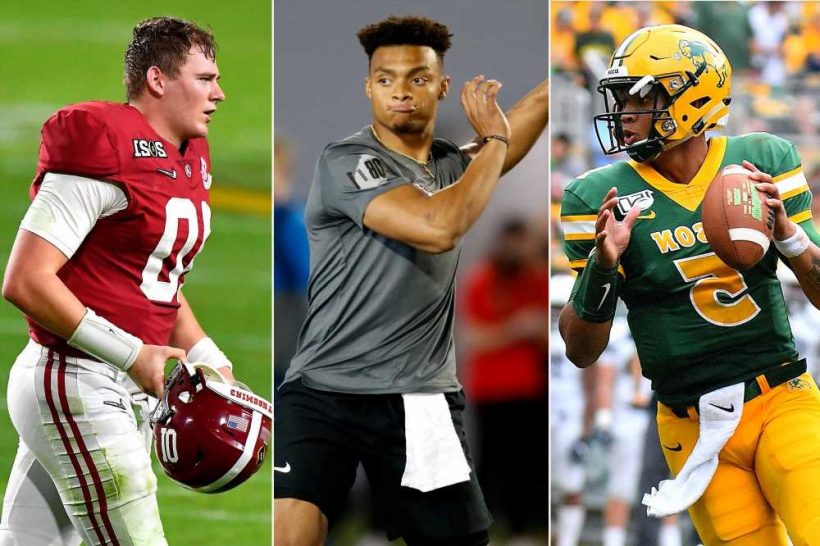 Giants will target this position early in NFL Draft

Much of the speculation surrounding the 49ers’ pivotal No. 3 pick in the 2021 NFL Draft has revolved around Alabama’s Mac Jones and Ohio State’s Justin Fields. However, Lance remains an option for San Francisco as the North Dakota State star has his second pro day on Monday.

“The 49ers will be in attendance and I am told that Trey Lance can absolutely sway their decision on the No. 3 pick with a big performance.,” ESPN’s Jeremy Fowler said on “SportsCenter” on Sunday. “The 49ers are entering this with an open mind, a broad approach to all those quarterbacks.”

Fowler reported that the 49ers, who traded up from No. 12 to No. 3 earlier this month, have organizational meetings scheduled after they attend Lance’s workout. Those meetings will be used to determine which quarterback they will take on April 29.

All indications are that the Jaguars will take Trevor Lawrence at No. 1 and the Jets will follow by selecting Zach Wilson. That’s where the true intrigue begins — and it goes beyond the 49ers.

The Falcons pick at No. 4 and will also be well represented at Lance’s pro day with three scouts attending. Most have seen the Falcons as a prime trade candidate with Matt Ryan still entrenched as the starting quarterback.

Fowler said that the Falcons remain “open to all options,” including drafting a quarterback in that spot. But Fowler did note that the Broncos are emerging as a potential trade candidate if Atlanta decides to deal the pick.