Knight Riders won all 10 of their group games before knocking out Jamaica Tallawahs in the semi-finals and capped a perfect season with a success over St Lucia to add to the titles they claimed in 2015, 2017 and 2018.

Knight Riders required 41 from 24 balls after a fantastic 16th over from Scott Kuggeleijn but Simmons and Bravo took the next, bowled by Zahir Khan, for 23 and then Kuggeleijn’s 18th for 16, to end St Lucia’s hopes. 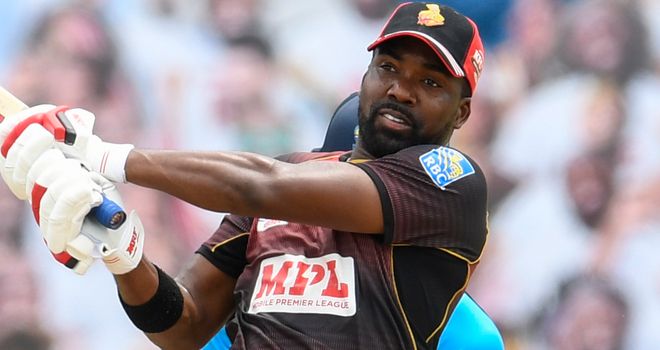 Bravo’s under-edged boundary off Kesrick Williams from the first ball of the 19th over wrapped up victory for Trinbago, who completed the highest run chase in a CPL final and sealed an immaculate campaign.

Knight Riders – dubbed the CPL’s ‘Goliath’ to St Lucia’s ‘David’ by Zouks skipper Darren Sammy on the eve of the game – were without off-spinner and top-order whacker Sunil Narine due to injury. Pollard had Fletcher caught at long-off as the batsman aimed for a third six and also accounted for Roston Chase (22), Javelle Glenn (9) and Najibullah Zadran (24) as the Zouks innings petered out – none of the final six batsmen making it into double figures.

St Lucia’s bowling attack – which had bundled out Guyana for just 55 in the semi-finals – struck early in the chase to give their side real hope.

Kuggeleijn, the leading wicket-taker in the tournament with 17, had fellow New Zealander Tim Seifert (4) caught behind a ball after being caressed for four, while Tion Webster (5) skied a sweep off Roston Chase.

But Simmons and Bravo rebuilt and then accelerated, with Simmons’ knock including four sixes and eight fours and Bravo’s six sixes and two fours, as the Knight Riders ended an utterly dominant campaign in style.