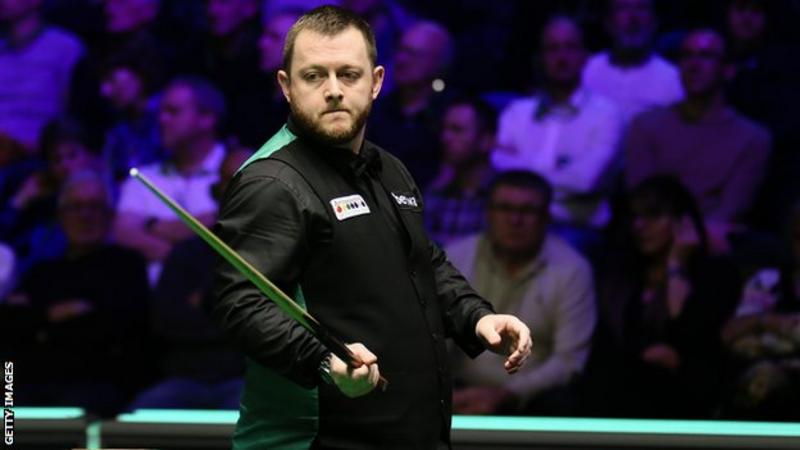 Northern Ireland’s Mark Allen has hit out at the playing conditions at the York Barbican after reaching the semi-finals of the UK Championship.

Two-time finalist Allen edged out 54-year-old Englishman Nigel Bond 6-5 in the last-eight to set up a semi-final against Scotland’s Stephen Maguire.

“The conditions have been terrible here this week,” said 2018 Masters champion Allen, 33.

“The tables are probably the worst that I’ve played on as a professional.”

Allen, who lost to Ronnie O’Sullivan in last year’s final, is the highest-ranked player left in the draw but believes his form was stronger in 2018.

“I was scoring a lot better but I think a lot of that is down to the conditions,” added the Antrim player.

“There have been complaints from pretty much every player, and it is simply not good enough for the second biggest tournament in the calendar.

“The pockets are too tight, the cloth is not of the best quality and it makes it very slow and heavy. The cushions are starting to bounce dramatically but it should be better when it is recovered for the one-table set-up.”

Despite his reservations over the conditions, Allen admits he has “a great opportunity” to win his maiden UK Championship when he takes on Maguire in the last four on Saturday.

“It’s the first time that I’ve been such a big favourite in the latter stages of an event,” Allen said.

“I’m here and I’ve got a chance. I’ve been here twice before and I know what it takes to get to that Sunday match.