BILLY GILMOUR has stepped up his return from injury with boxing sessions at Chelsea’s training ground.

The Blues posted a video online showing the Scottish midfielder being put through his paces on the pads. 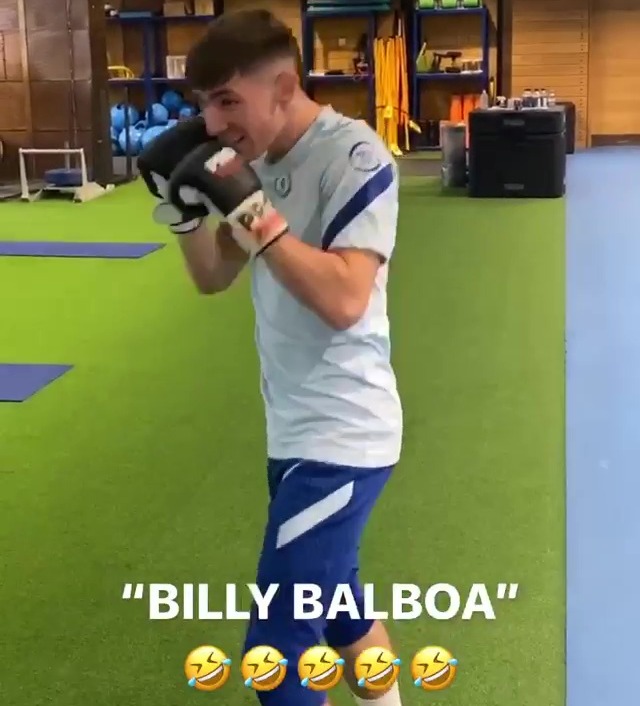 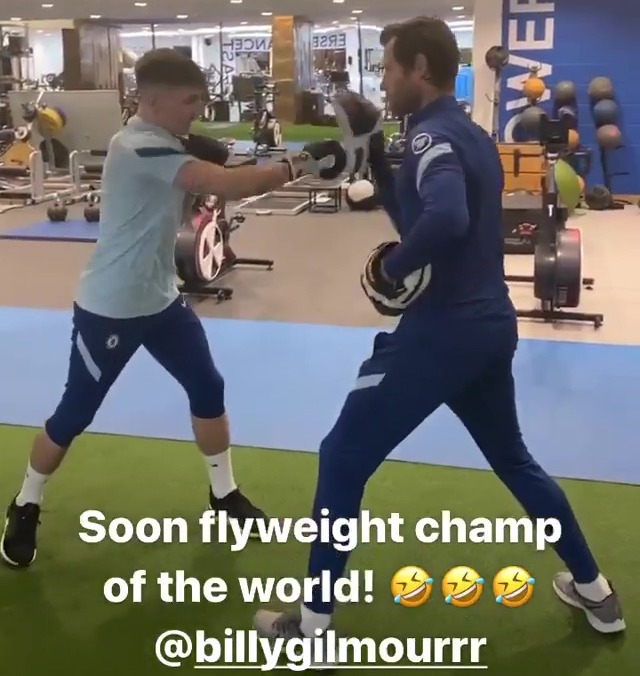 Another caption read: “Soon flyweight champion of the world!”

Chelsea boss Frank Lampard is sure to be delighted by Gilmour’s progress behind the scenes.

The 19-year-old playmaker, signed from Rangers in 2017, burst onto the scene last season with some fantastic senior performances.

Gilmour featured 11 times in all competitions despite going up against seasoned stars including N’Golo Kante, Mateo Kovacic and Jorginho.

And Gilmour made sure he was not just a flash in the pan as he starred in March’s FA Cup win over Liverpool.

However, Gilmour unfortunately got injured during Chelsea’s 3-2 win at Crystal Palace during the restart in July.

And the ace was immediately ruled out for at least four months with knee ligament damage. 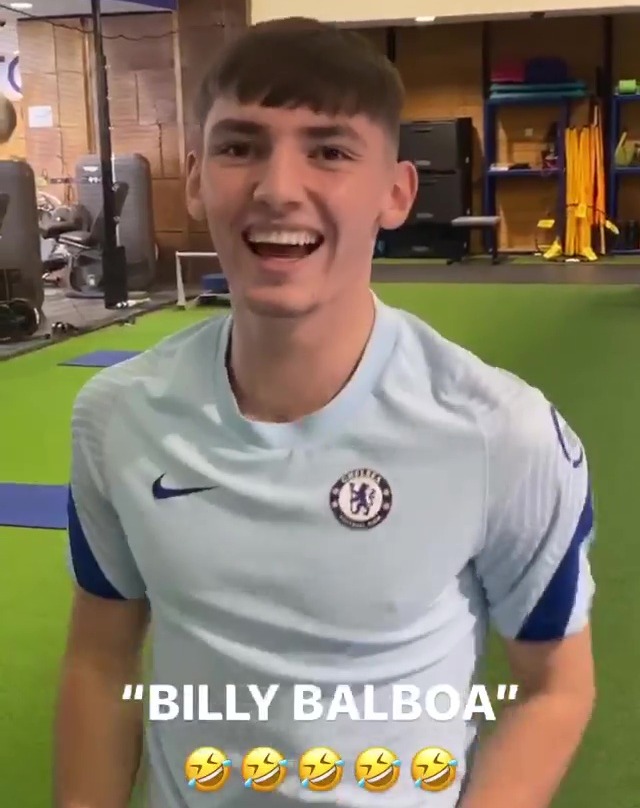 Gilmour has since been under the knife.

But it looks like he could be back starring alongside new Chelsea stars like Timo Werner and Kai Havertz sooner rather than later.

Meanwhile, Gilmour will wear the No23 shirt this season after donning the No47 last term.

He bagged it just hours after its former owner Michy Batshuayi joined Crystal Palace on loan.

And the Belgian couldn’t resist making a joke at Gilmour’s expense, laughing: “Oh… I thought you were my guy… Love bro, make me proud.”