ALEXANDRE LACAZETTE had his head buried in his shirt after fluffing a crucial chance in Arsenal's 3-1 defeat to Liverpool.

Yet hilariously fans noticed referee Craig Pawson seemed to be as gutted as the Frenchman by Alisson's point-blank save at Anfield. 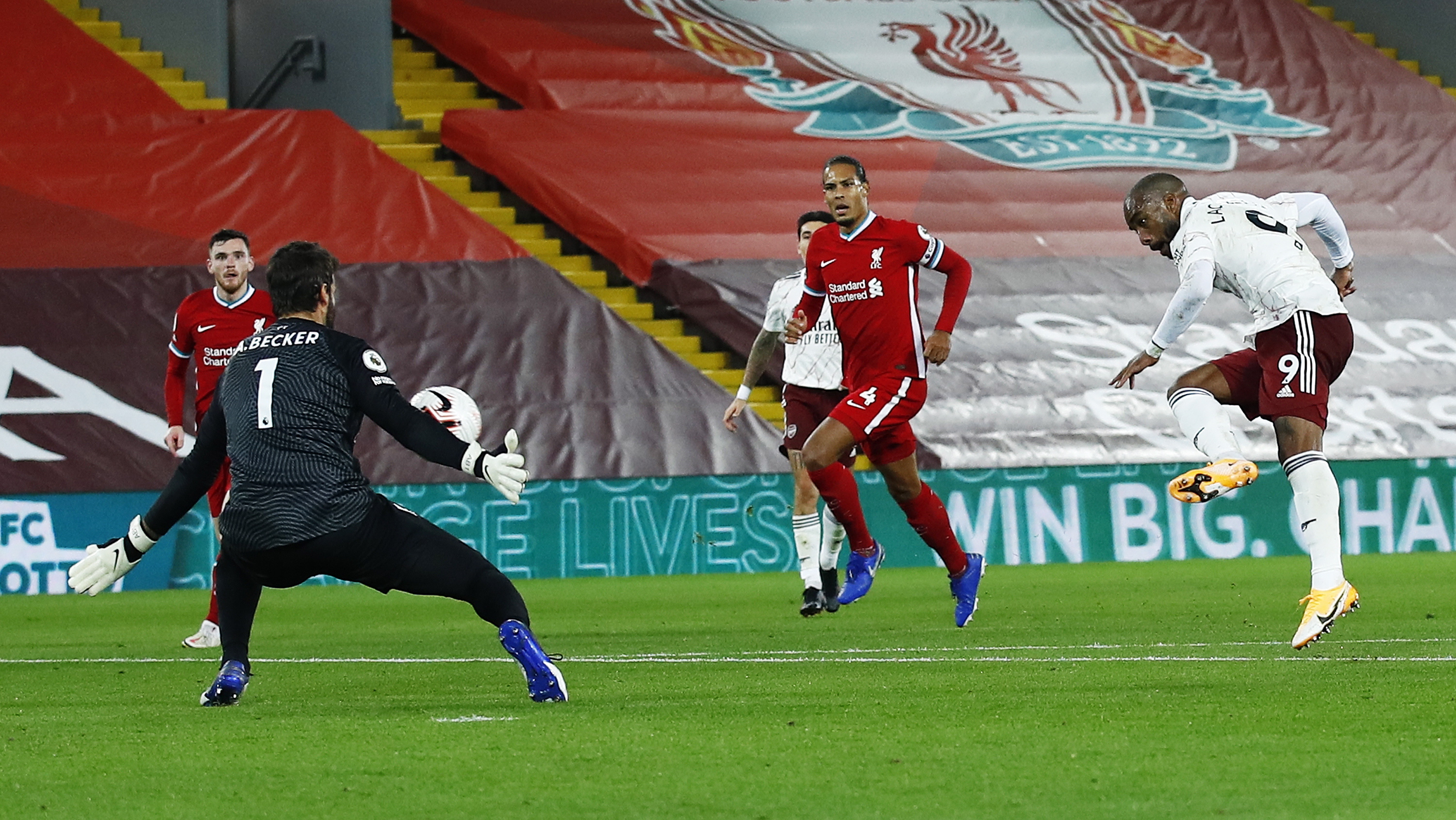 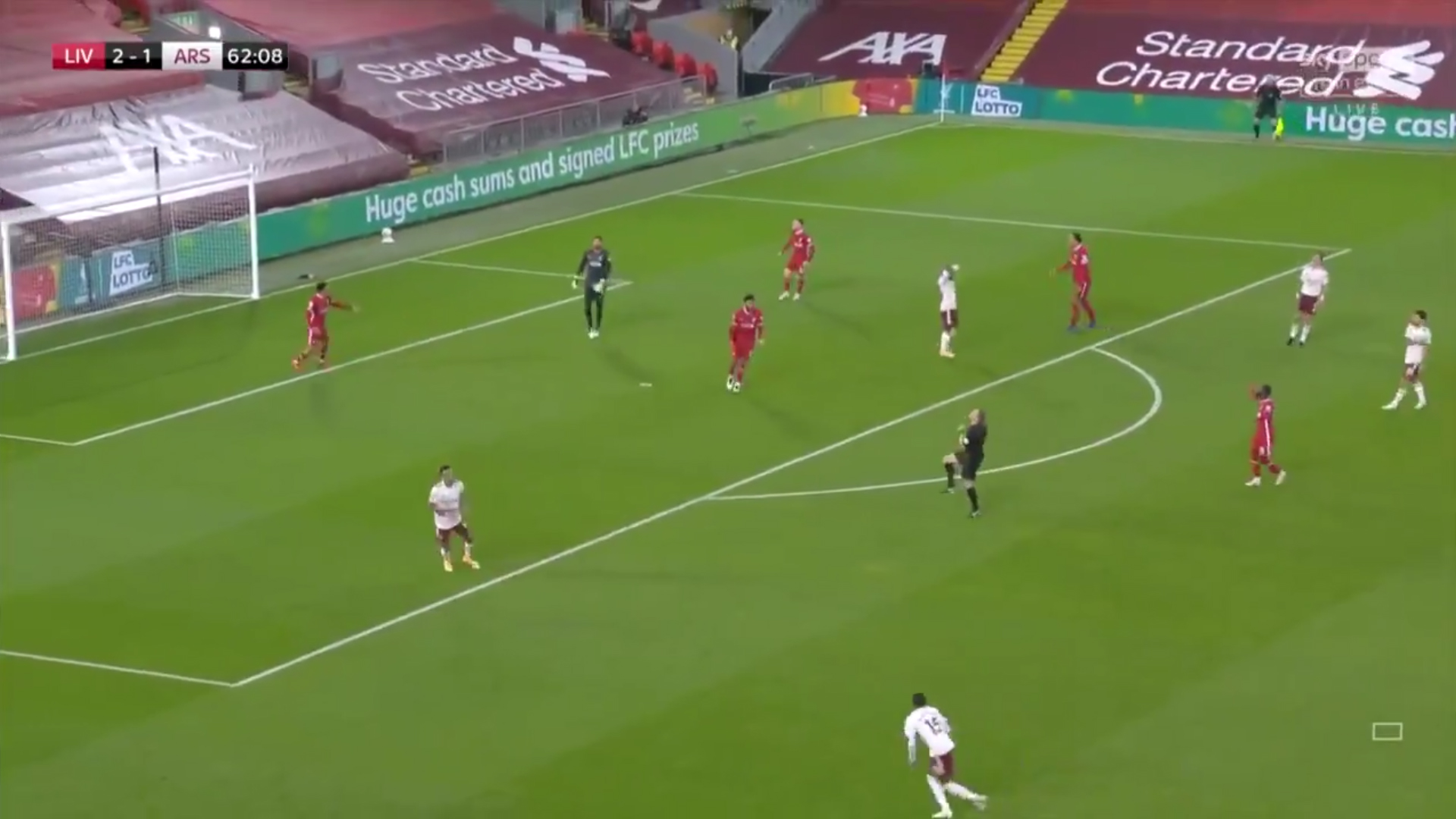 Lacazette had managed to give Mikel Arteta's side an unlikely lead on Merseyside after pouncing on a mistake from Andy Robertson.

But Arsenal’s lead lasted just minutes as Sadio Mane equalised for the hosts before Robertson atoned for his error by putting Liverpool in front.

Lacazette was then handed the chance to haul Arsenal level in the second-half after latching onto a Dani Ceballos pass to be sent through on goal.

The 29-year-old had failed to beat Alisson just minutes earlier with a dinked effort where he was offside and this time opted for power but the Brazilian keeper stood tall and blocked.

And eagle-eyed Arsenal fans noticed that referee Craig Pawson appeared to throw his arms up in disappointment as Lacazette spurned the chance.

One fan tweeted: "Look at the ref's reaction man," while another posted: "Even my man fed up with Lacazette finishing skills."

A third added: "Strange reaction from referee Craig Pawson. Must be a gooner." 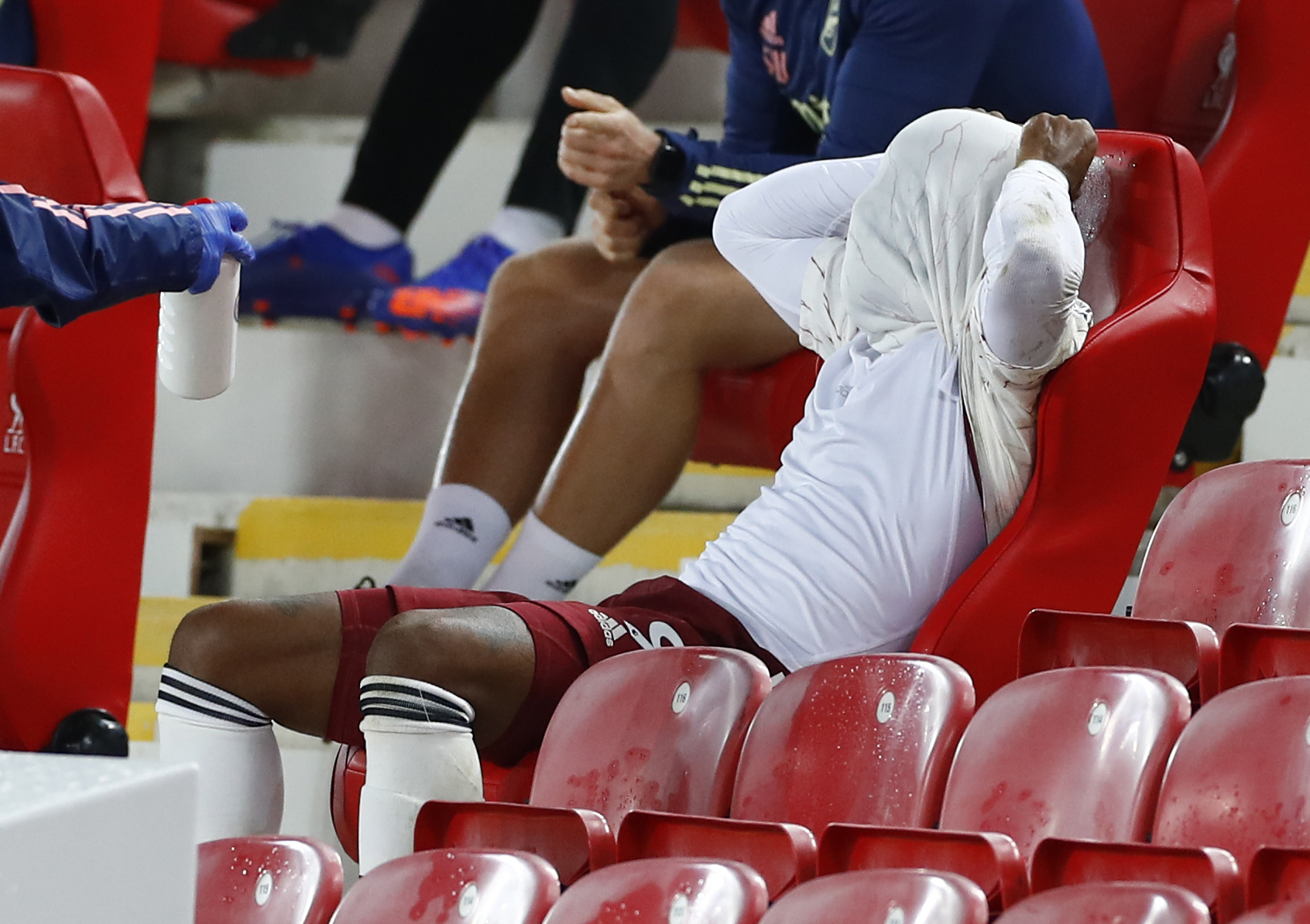 Lacazette was further punished later when Diogo Jota came off the bench to score on his Premier League debut for the Reds and seal a 3-1 win.

The former Lyon star had already been substituted by then and was pictured putting covered his face with his shirt in frustration.

Yet Arteta defended Lacazette by saying: "Obviously he had the best chance in the game to make it 2-2, and then again put us in a really strong position, but he had a great game.

"He put in another incredible performance and I'm pleased with him. I want to see my players upset and angry when we lose a game.

"It is a really tough place to come, they are a really good side. We stayed in the game for almost the whole match.

"Having took the lead, we should have held that situation a bit better. We conceded the goal too early.

"We competed well knowing the difficult moments you will have when you come to Anfield; when we had the clear chances to make it 2-2 we didn't take them.

"They want to win and this is what they are like, the mindset of the team. They go to any ground and want to win. They really believed we could come here and do it and for large periods of the game we were there."