A family with links to one of the boats involved in the tragic 1998 Sydney to Hobart are racing this year as a tribute to those who perished and are getting plenty of goodwill from the sailing community.

Australian Sailing president Matt Allen has lent his 60-foot Ichi Ban to John Winning Jr, who will sail along with his father.

Both John Winnings have tasted victory in the great race but never together. 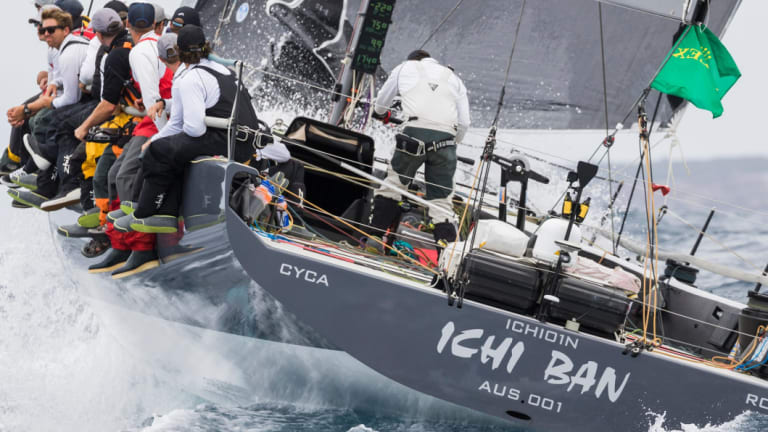 John Jr was aboard Perpetual LOYAL when it took line honours two years ago and John Snr has been aboard both line and overall winning boats but hasn't done the race since 1996.

Two years later, his cousin Richard Winning was skipper of Winston Churchill, which lost three of the six sailors who died in the horrendous weather.

"Three really good mates on that boat and they're missing at sea, and your business partner," John Winning Sr said. "Then they found one raft and then they found a second one with not such a good result. But unfortunately you know the risks when you go out there and, unfortunately, these things happen from time to time."

Allen isn't the only person backing the Winnings, with several professional sailors donating their services for the race.

"All of the crew we've got that have come on board are probably guys that get pretty decent day rates normally as they should; bloody good professional sailors," Willing Jr said. "We've sold them the story of jumping on board with dad and I and doing it for a cause of the 20 years since the 98 Hobart.

"I can say that none of those guys are charging us anything for sailing with us and they absolutely deserve to be paid. But they all said 'no, we believe in the cause'. We're really looking forward to going out there and dedicating this one to those who were lost 20 years ago."

The Winnings lived up to their name at Tuesday's Big Boat Challenge, where they took overall honours.

Allen has helped out with some tips despite being a rival with his latest Ichi Ban, the all-conquering 52-foot boat, which has taken overall honours in many races over the past year, including the 2017 Sydney to Hobart.

"When we diId the deal and he lent us the boat, he said 'just make sure you don't beat us'," Jr said.