WWE viewers were left baffled after what appeared to be another botched finish at Clash of Champions. 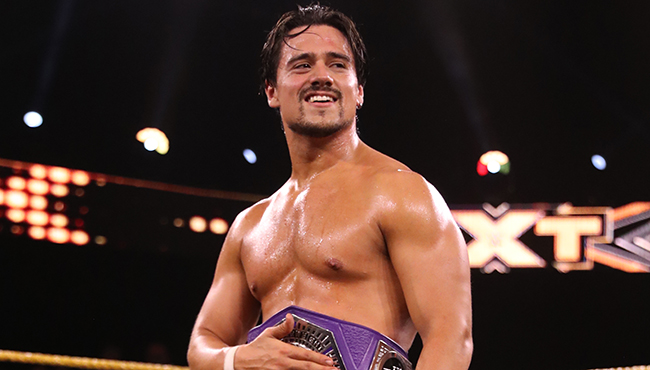 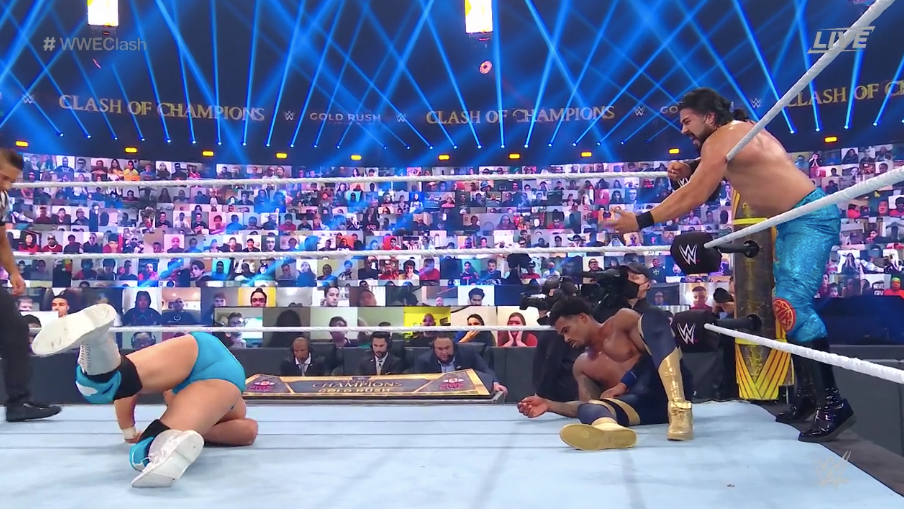 The Mexican challengers were putting on quite the show until Garza went for a Spanish Fly from the top rope with Montez Ford but appeared to land awkwardly on his head.

Still groggy from the blow, Garza soon tried to hit a rising knee on Ford but collapsed.

Moments later the referee threw up the infamous “X” symbol towards the back – a sign to those backstage a WWE performer has suffered a serious injury.

A limping Garza managed to tag Andrade into the match and was soon battling it out with Angelo Dawkins.

But the action was soon over when Dawkins went for a cover, which Andrade kicked out at two, only for the ref to continue to hit the three and end the match.

Seemingly unaware of Garza’s condition, Dawkins looked furious with the official over his decision on the early finish.

It is the second time inside a month that we have seen a referee call an early end to a match due to injury fears.

Raw viewers were left wondering what was going several weeks back when Mickie James’ challenge for the Women’s Title was suddenly stopped against Asuka after the man in the stripes believed the veteran was hurt.

And that occurred shortly after Viking Raiders star Ivar hurt his neck and needed medical treatment on Raw during a tag match.

As yet, there is no official word on the damage he suffered.