There is already plenty of controversy surrounding the latest season including rumors of Clare quitting the show, leaving with Dale Moss and Tayshia Adams stepping in to fill her spot— not to mention filming during a pandemic provides its own form of drama.

Chris Harrison has already teased that this upcoming season is the most dramatic yet. However, that is a bold claim to make considering that the previous seasons of The Bachelorette have been packed with drama.

Some Bachelorettes have been better at handling the tumultuous journey than others. In celebration of the Season 16 premiere, here is a list of all of the Bachelorettes ranked from best to worst. 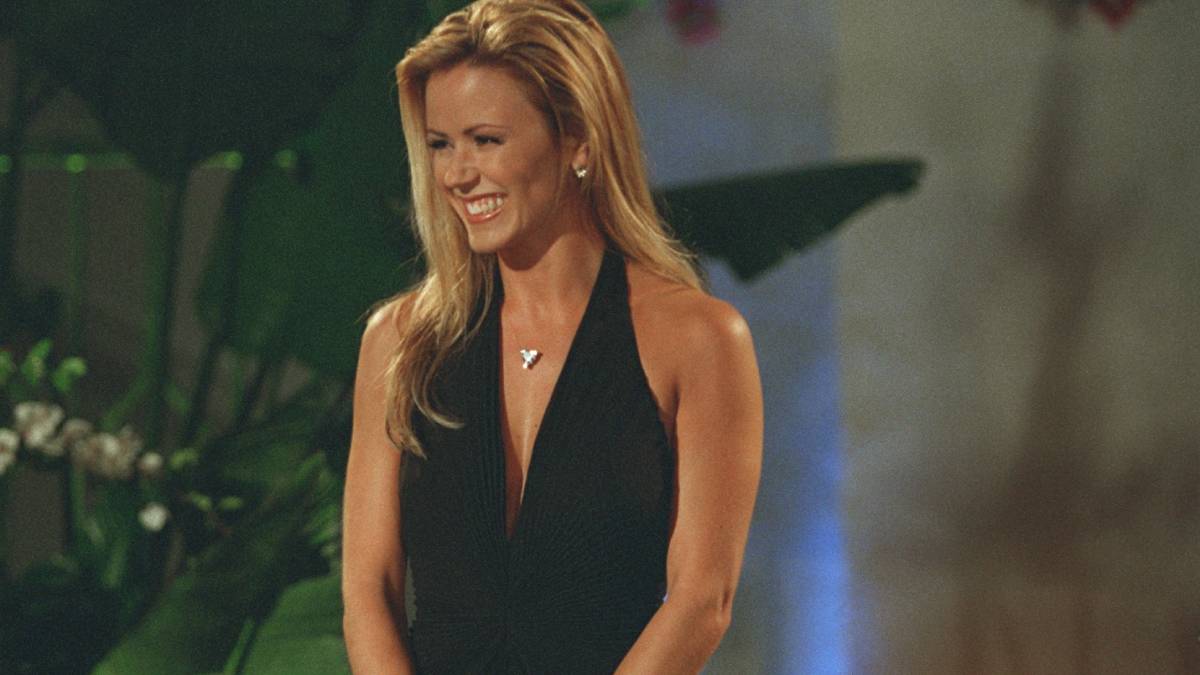 Not only was Trista Rehn the woman who started it all, but she found the man of her dreams. She is still with the man who received her final rose– Ryan Sutter. Fans were thrilled that she picked the nice guy over the businessman, and now the two are still happily married with two children. 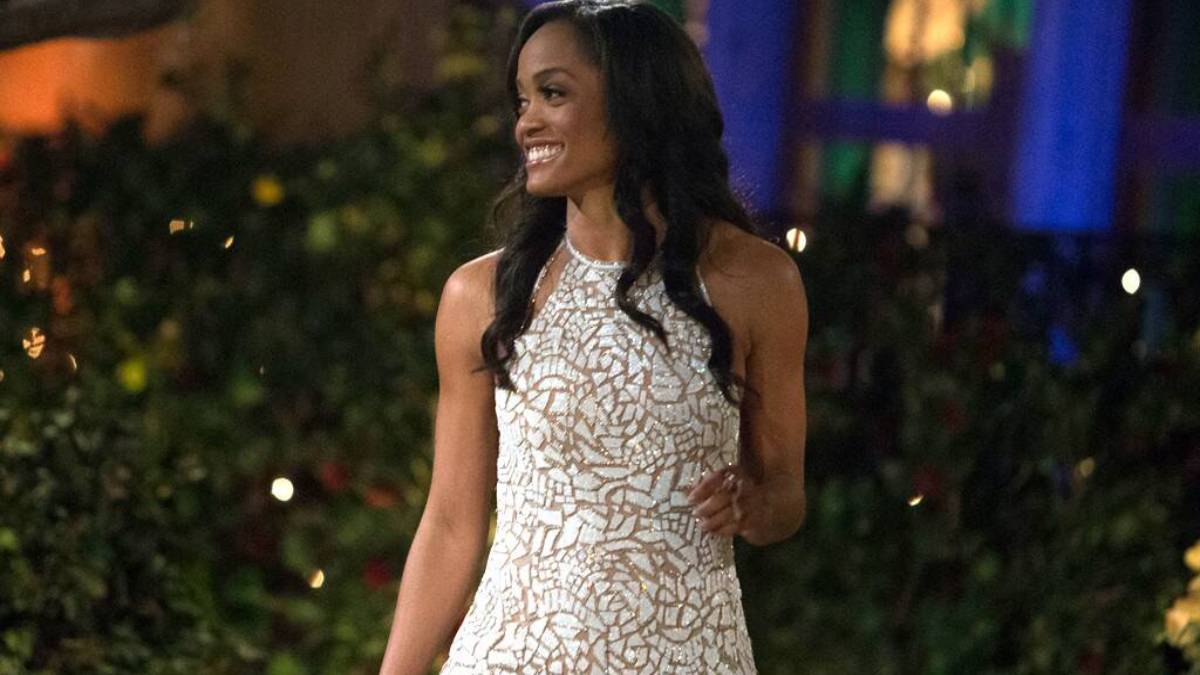 Rachel made history as the first black Bachelorette.

She knew who she wanted from the very start. She gave her current husband Bryan Abasolo the first impression rose on her first night in the mansion.

There was no denying the chemistry between these two. Each time they appeared on the screen, hearts across America went racing. Even though some thought Bryan might have been too good to be true, he has proved that wasn’t the case.

Throughout the series, Rachel did not let any of the men walk over her and made the right calls when she had to, like breaking it off with Peter Kraus when he admitted he wasn’t ready to propose. 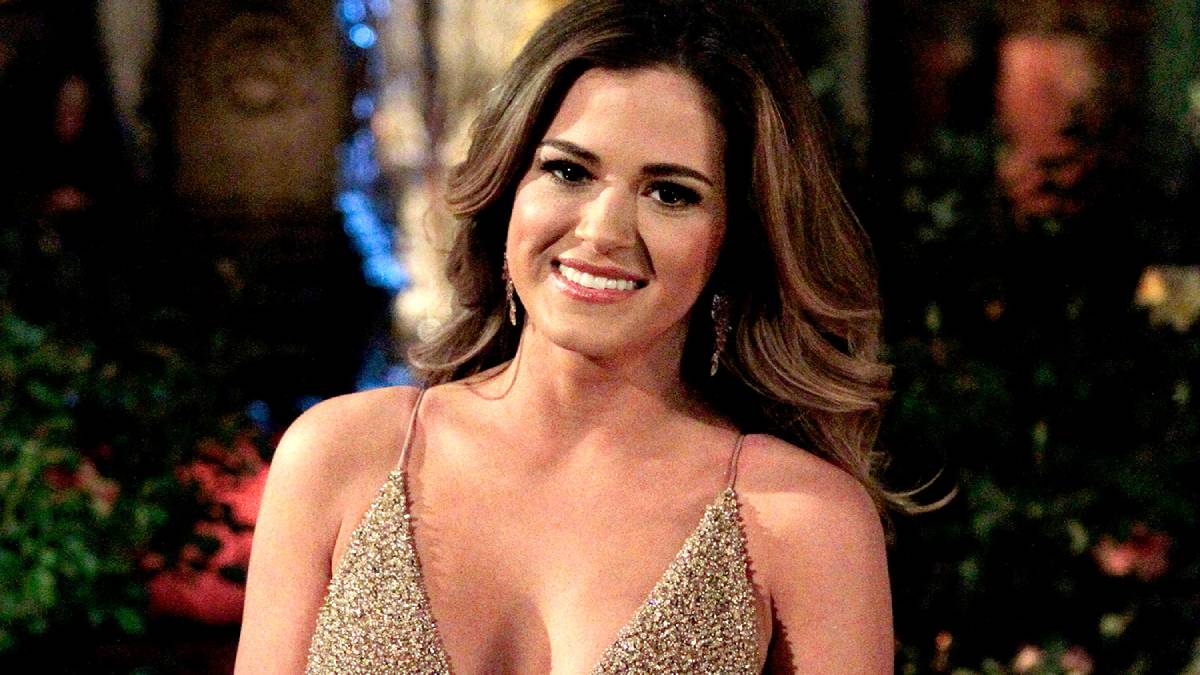 JoJo Fletcher is another Bachelorette who is still with the man to whom she gave her final rose to. Brother of NFL player Aaron Rodgers, Jordan Rodgers also received her first impression rose. Jordan was a fan favorite from early on and it was no surprise when he was the final pick.

Jojo did not have the easiest group of men to choose from. However, she was able to stand up for herself and send each jerk packing including one of the most infamous Bachelor villains, Chad Johnson. She also had to put up with Chase’s childish breakup during which he claimed he regretted telling her he loved her. 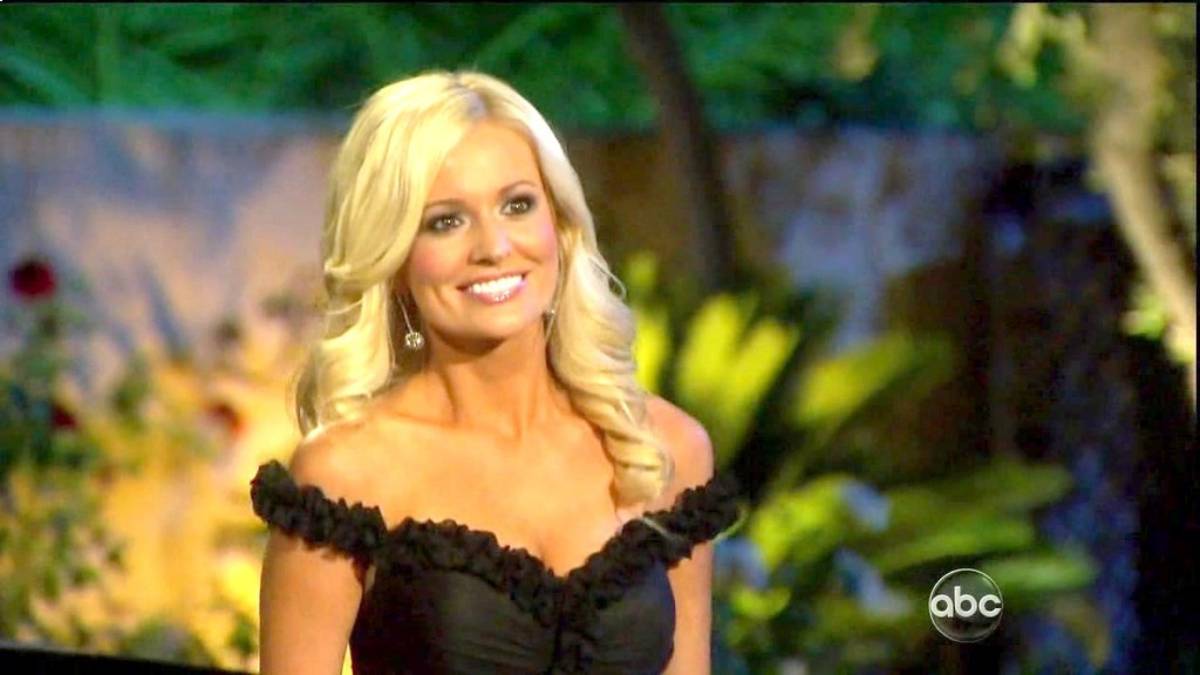 Emily Maynard had already earned a spot in America’s heart after winning two-time Bachelor Brad Womack’s heart. She revealed during the season that she lost the love of her life and father of her daughter to a plane crash. After her split from Brad Womack, she was asked to be the Bachelorette.

She was definitely the “America’s Sweetheart” of all the Bachelorettes. While she was kind, she also knew how to assert herself when the time came. Her big power move of the season was when she lit into Kalon McMahon for calling her daughter “baggage.” 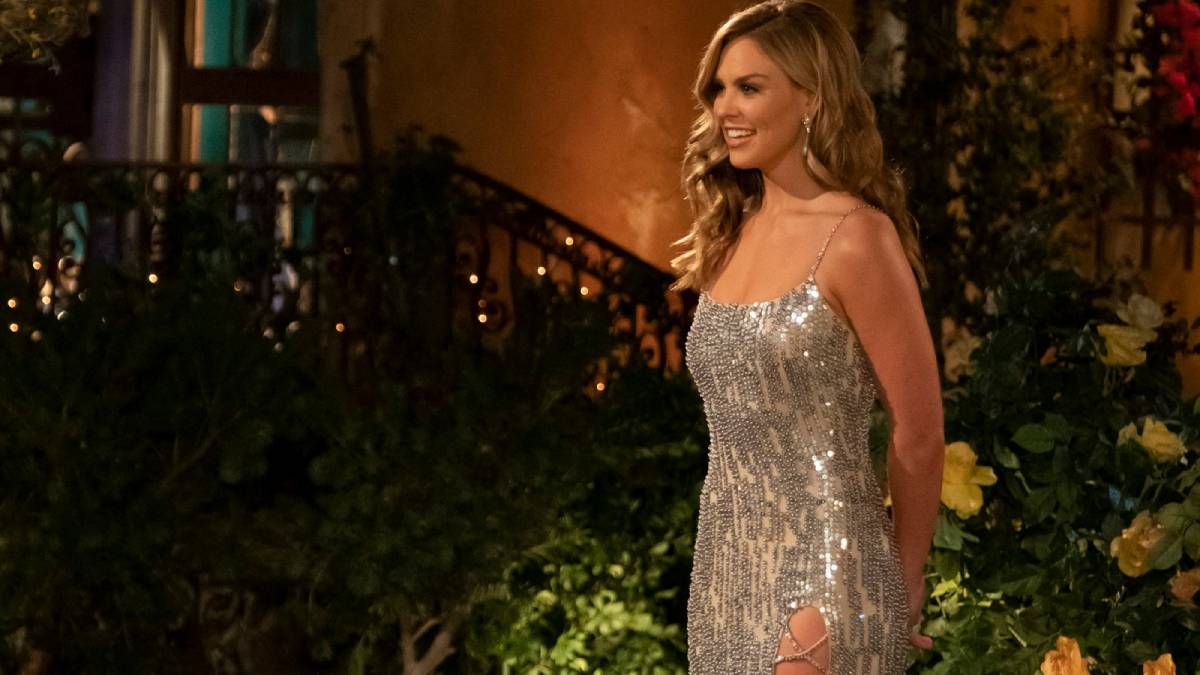 Hannah Brown was given a rough hand that she handled surprisingly well. Some fans were uncertain about Hannah being The Bachelorette after unleashing “The Beast” and having petty drama with fellow contestant Caelynn.

However, she proved to be the strong female lead that we all needed. She shut down Luke P after he tried to shame her for her wild night in the windmill with Peter Weber. Even when dirt came about her pick Jed Wyatt having another love, she told him off and came out of it stronger than ever. 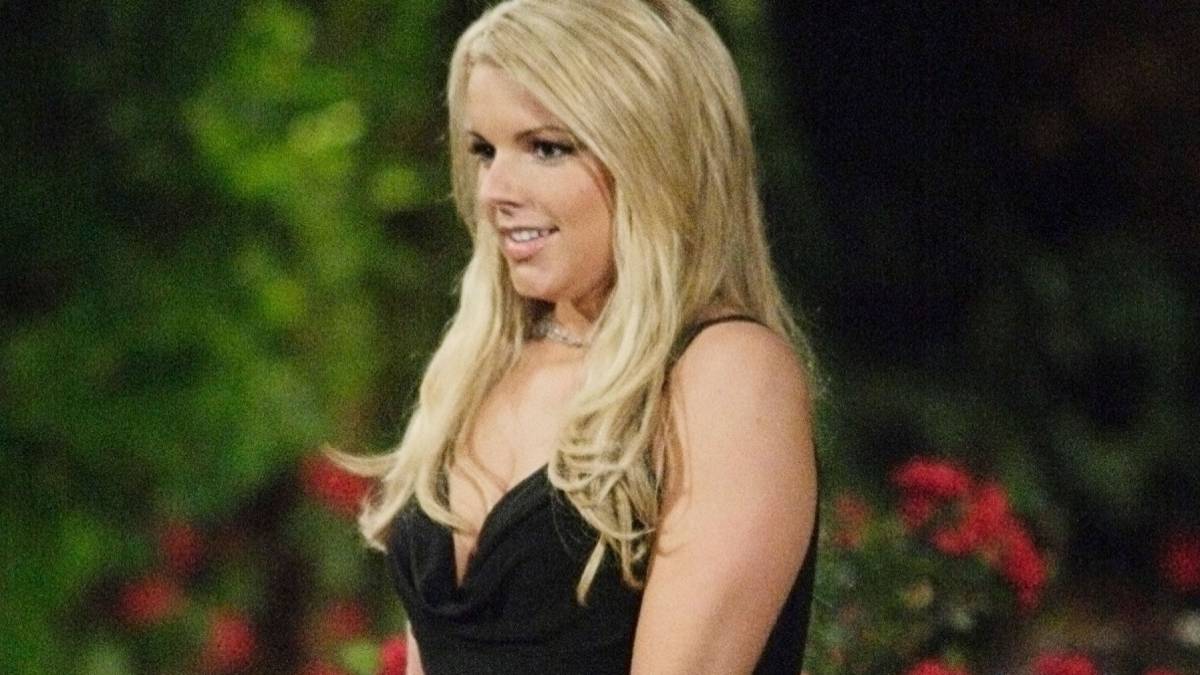 Ali had quite a few dramatic moments during her season. She booted wrestler Rated R who was admittedly there for fame and even chased him down in order to get the truth out of him. She even had to deal with one of her final three, Frank, admitting he was in love with a woman back home.

Like Emily, she was a sweet woman who knew how to stand up for herself when the time came. She stayed fiercely true to herself from the start even leaving The Bachelor when she wasn’t feeling it with Jake. 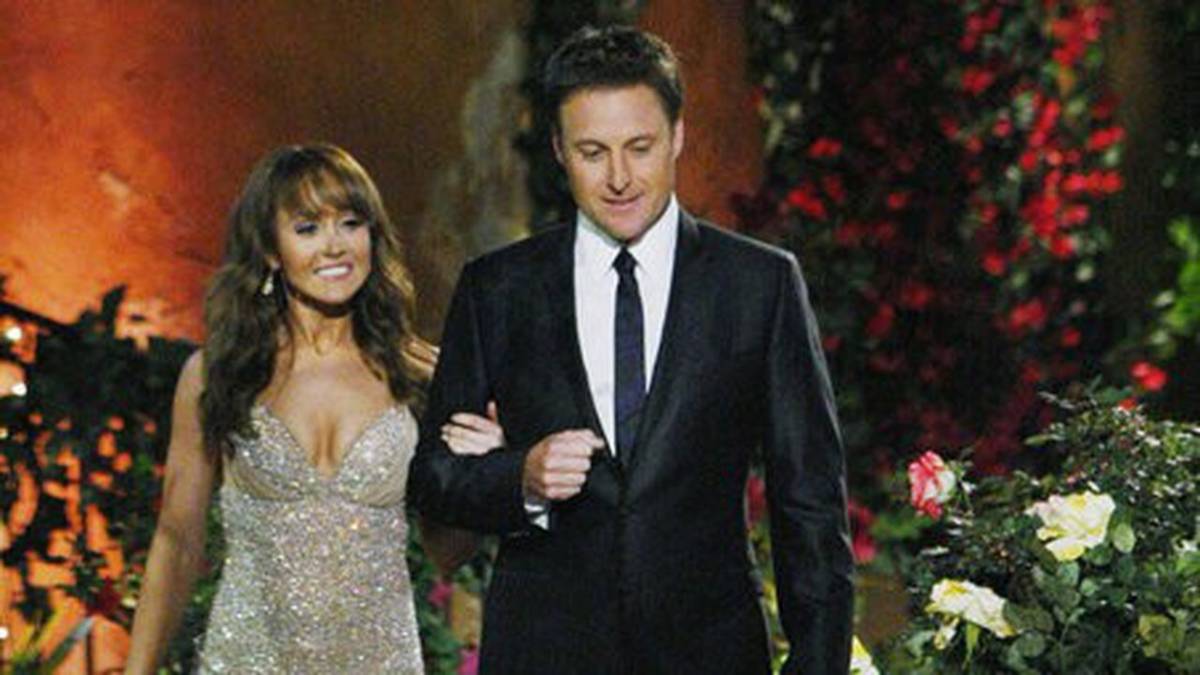 Ashely is yet another Bachelorette who is still with her pick J.P Rosenbaum. The two are still married and have a child together. While she initially feared that she would be unlovable, she confessed that she fell in love with both J.P and Ben F. towards the end. Fortunately, she chose the man who she still calls her love today. 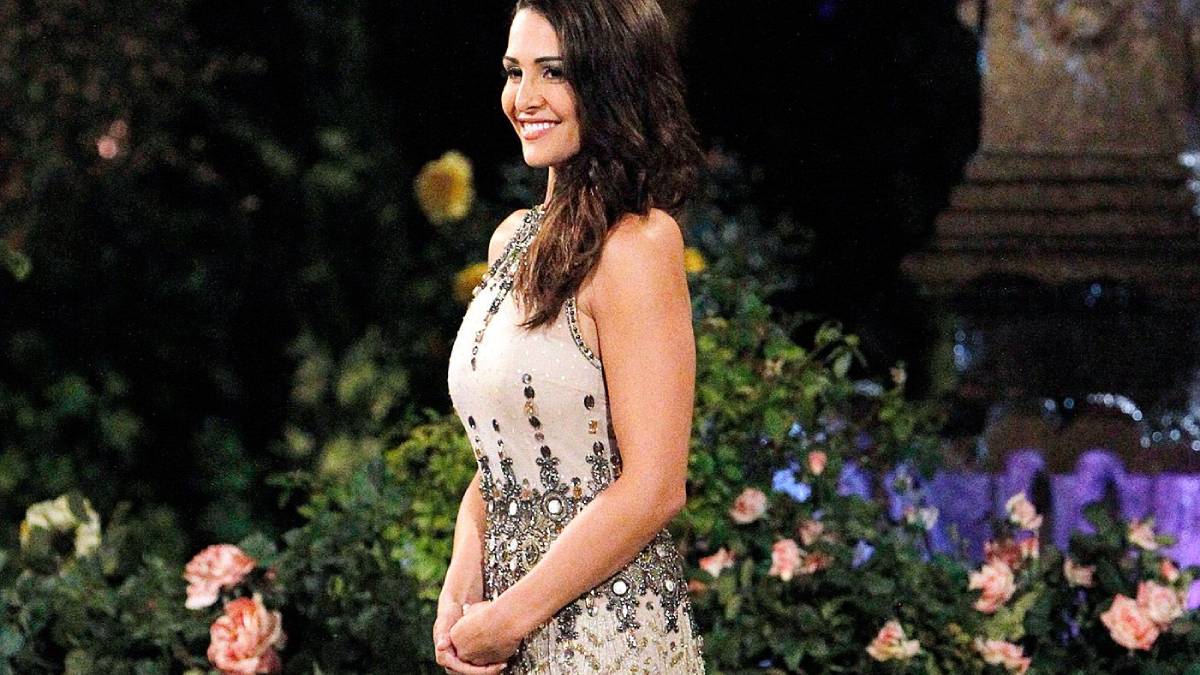 Andi Dorfman was not a woman to be messed with. The former attorney told of one of the worst Bachelors of all time, Juan Pablo, when she ultimately didn’t feel respected by him. This female empowerment moment landed her the title of Bachelorette.

She stayed true to her trademark strength but it wasn’t enough to help her find the love of her life. Her engagement with her pick Josh Murray did not last long and she had to put up with runner-up Nick Viall shaming her for not picking him after what they did in the fantasy suite. 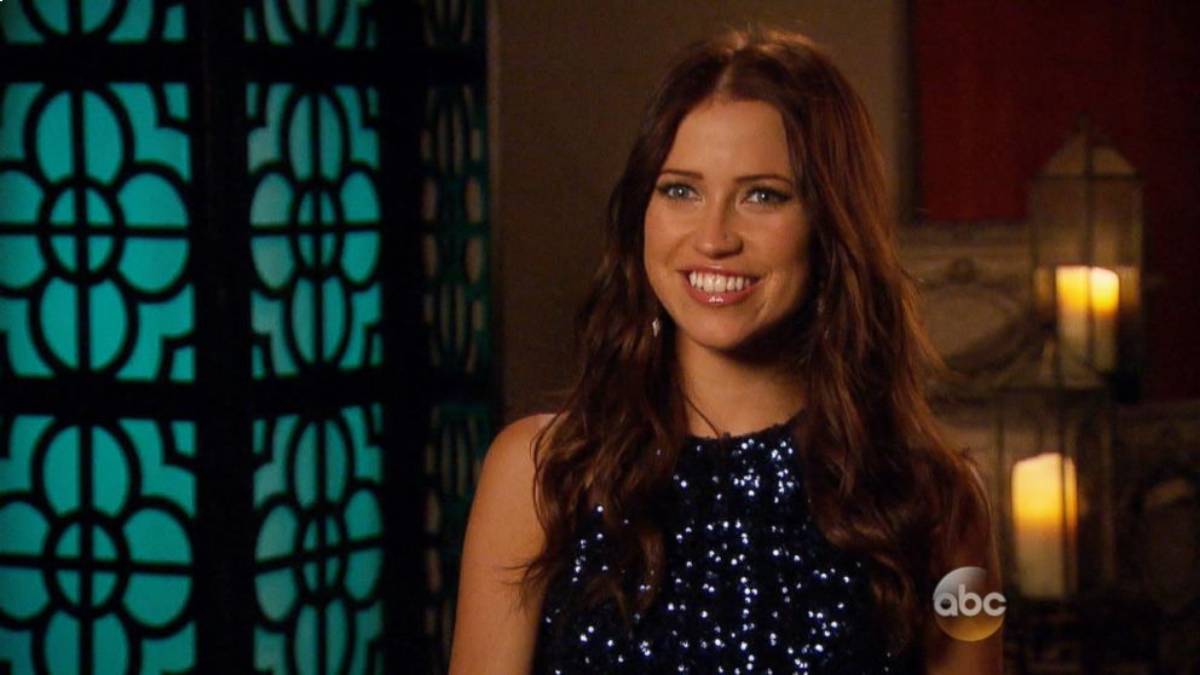 Kaitlyn Bristowe is still a fan favorite despite her catastrophic season of The Bachelorette.

The season got off to a rough start when she had to fight for her spot as The Bachelorette with Britt Nillson. She ended up making the mistake of telling her pick Shawn Booth that he was her top choice, which quickly got to his head.

She also made the mistake of letting Nick Viall back on the show. Even though she had been texting him prior to the season, many of the men were furious with her decision and he ultimately left the show as a bitter runner-up.

However, Kaitlyn still has a winning personality. Her sense of humor and strength made her season of The Bachelorette an entertaining watch. 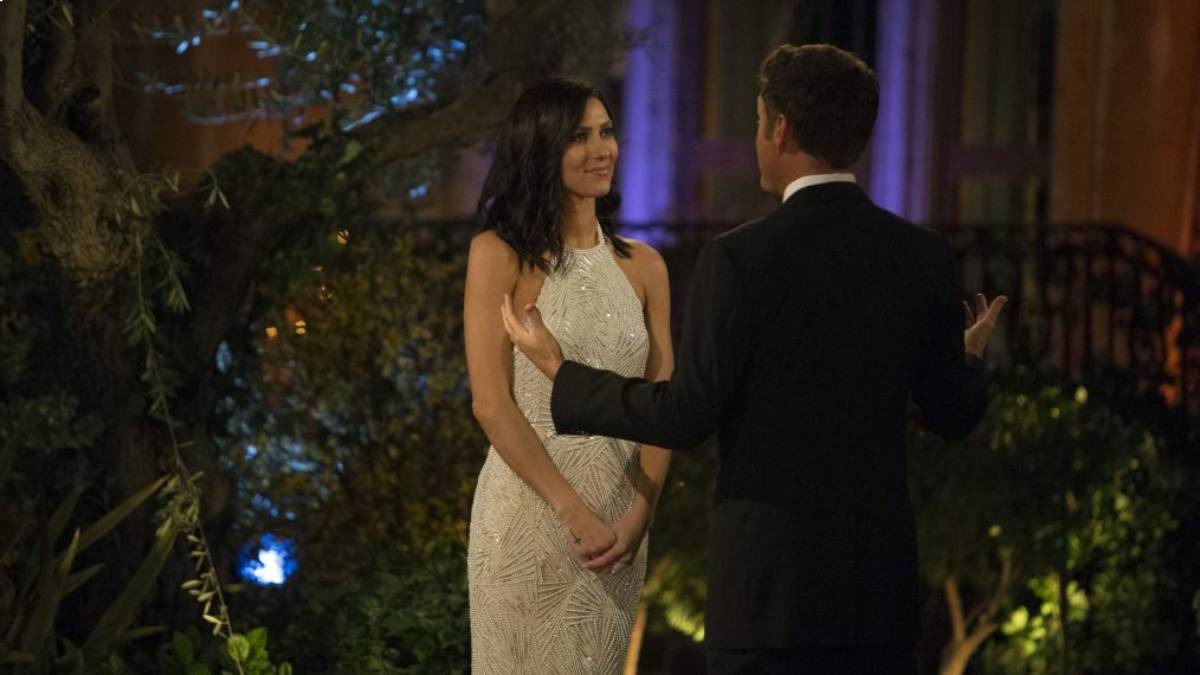 Becca was beloved on Arie Luyendyk’s season of The Bachelor. She was even his family’s first choice, which is ultimately why he proposed to her.

He then changed his mind, showed his devastating break up with Becca on national TV and ended up getting back Lauren.

Becca ended up being a strong and honest Bachelorette. She stuck to her guns and picked Garrett Yrigoyen over “nice guy” Blake. When rumors surfaced about his controversial social media behavior, she stuck by his side. Considering they broke up recently, she probably should’ve listened to fans’ warnings. 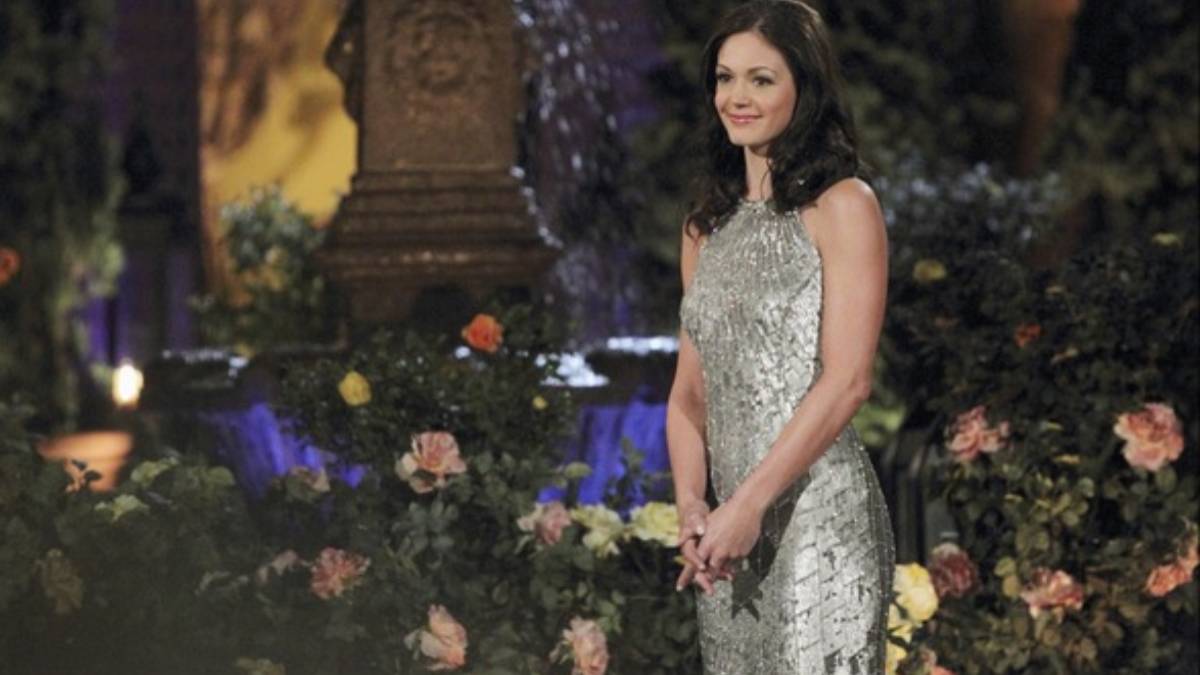 Desiree was known for being a bridal stylist on the quest for love essentially turning The Bachelorette into a romantic comedy.

The season itself honestly played out like a romantic comedy too. When it came down to the final two, Brooks told Desiree he was leaving the show. She then confessed that he was her pick.

She then went on to get engaged to Chris Siegfried anyway, leaving fans to wonder if she even wanted to be with him. Even though they’re still together, their time at Marriage Bootcamp has shown that it isn’t all smooth sailing. 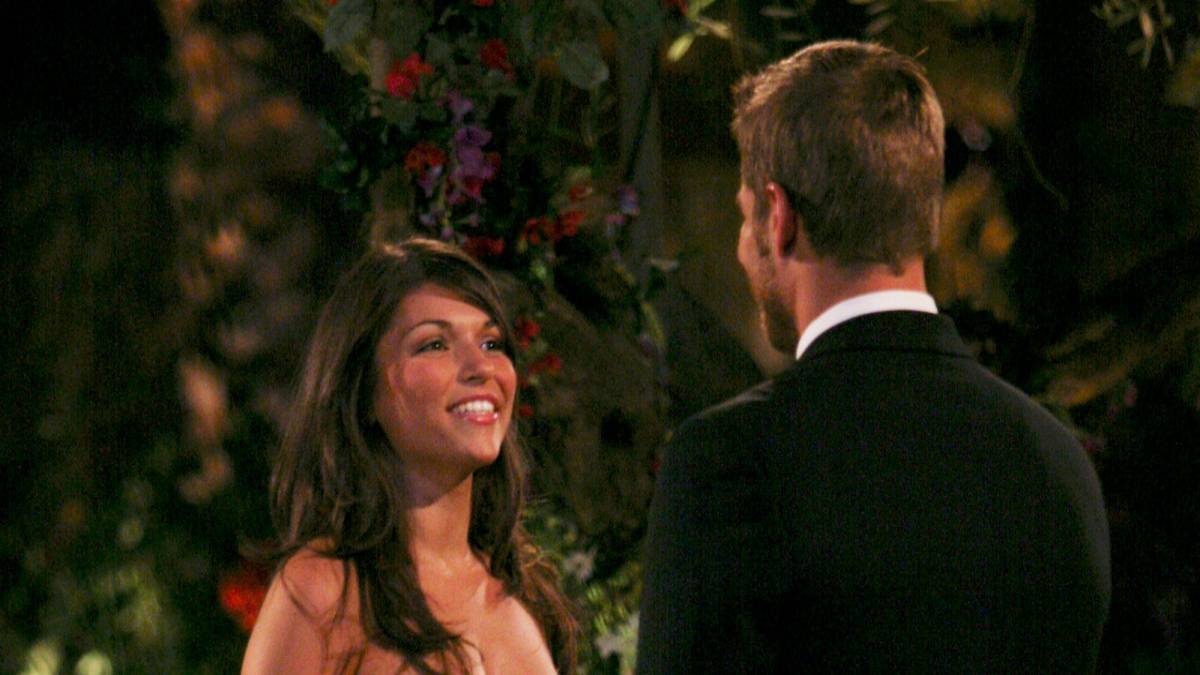 DeAnna came from one of the roughest seasons of The Bachelor. She made it to the final two of Brad Womack’s first season and even though he had already sent Jenni home, he went on to tell DeAnna that he wasn’t going to propose to her either.

She was known for being fun and quirky during her time in the Bachelor franchise but ultimately did not navigate her season as well as she could’ve. She chose Jesse Csincsak but then later told Jason Mesnick that she should have picked him. 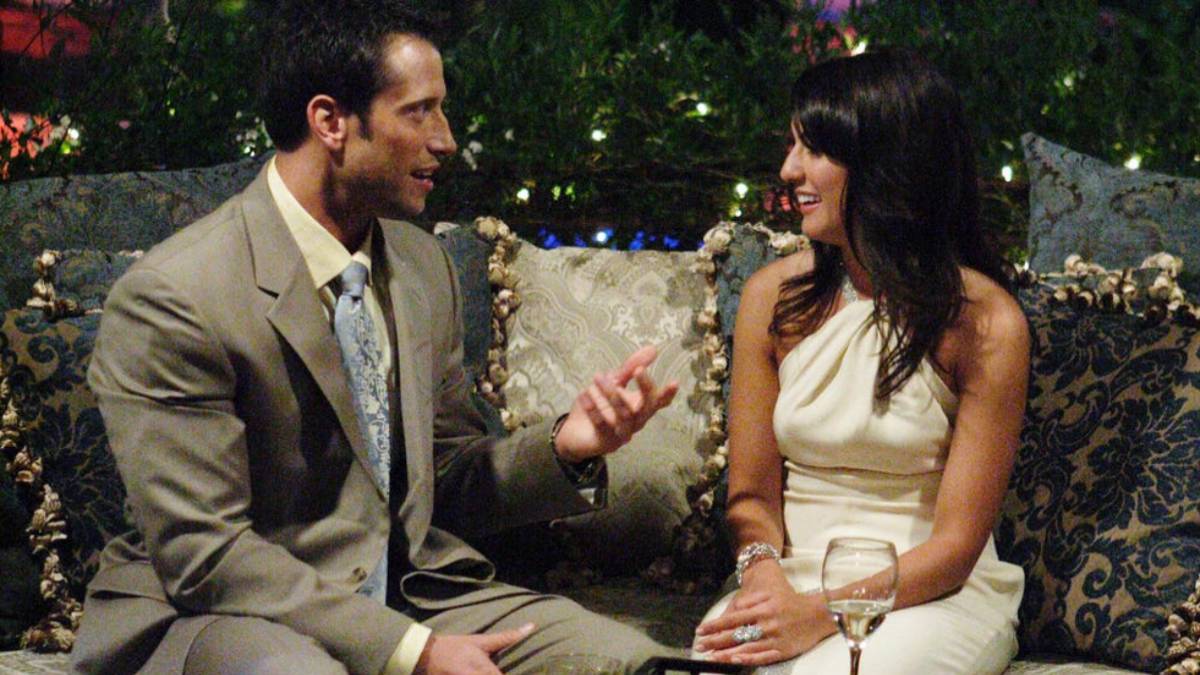 Jillian Harris was one of those Bachelorettes who was too sweet for her own good. She ended up being blindsided by the season’s villain, Wes. He was caught with a girlfriend back home after making it all the way to her final four.

She ended up picking Ed Swiderski, who also cheated on her. 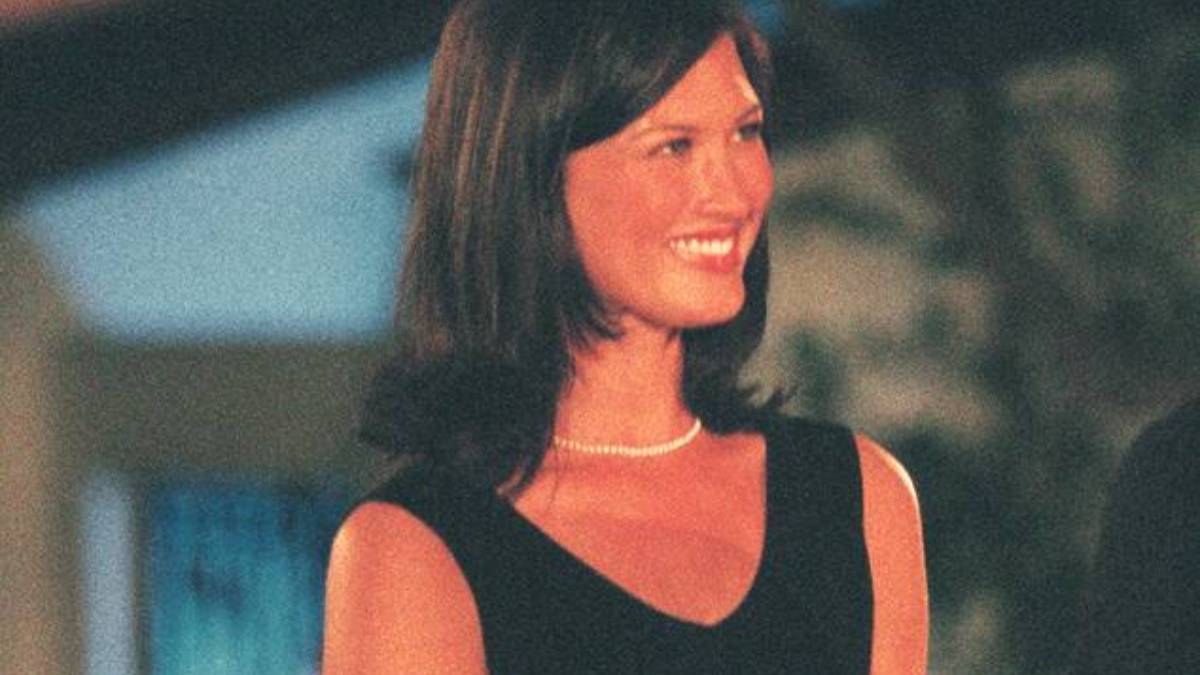 Meredith Phillips’ season of The Bachelorette was uncomfortable for all parties involved.

While Phillips told finalist Matthew Hickl that she loved him during their final date, she ended up changing her mind and picking Ian McKee even though he confessed to the cameras that he wasn’t ready to propose. Needless to say, that relationship didn’t last long. 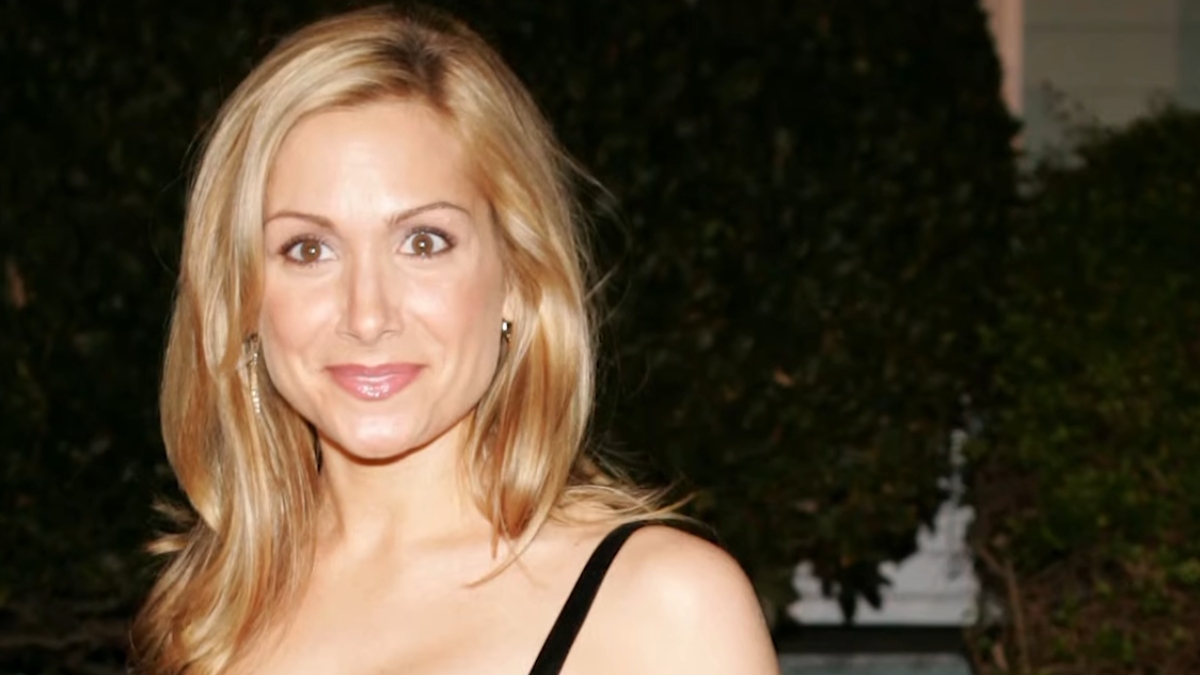 Jen Scheftt was one of the more controversial Bachelorettes. Her engagement with Bachelor Andrew Firestone only lasted a few months.

When she was asked to be The Bachelorette, Jen rejected proposals from both of her final two men. She picked Jerry Ferris during the live rose ceremony but ultimately told him there was nothing there.