ANT and Dec couldn't control their laughter as they filmed themselves doing a coronavirus test together.

The Geordie duo are tested for the deadly illness every FOUR days so that they don't have to socially distance while working together. 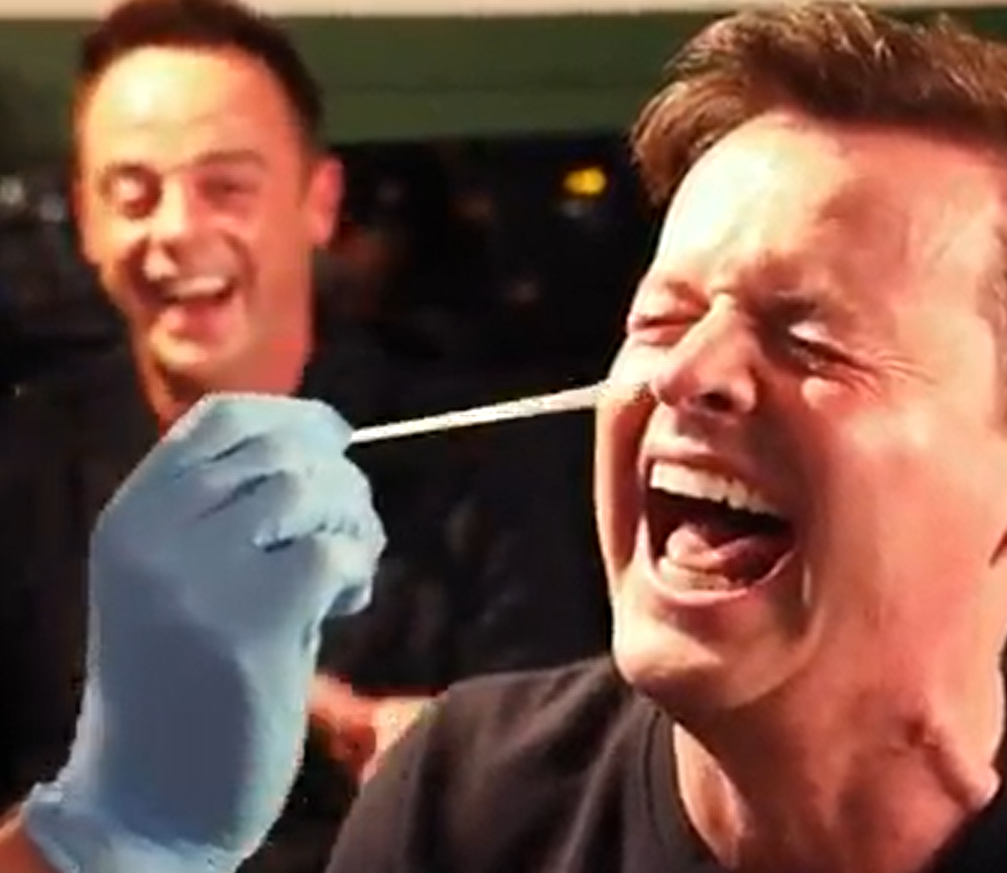 The pair are seen sharing the stage as they host Britain's Got Talent at the moment, and I'm A Celebrity… Get Me Out Of Here! is also due to return next month.

Today, the presenters decided to share what happens in their Covid test with fans on Instagram to show that it is nothing to be scared of.

In the clip, 44-year-old Ant explains: "Every four days, we have to get a Covid test so we can sit next to each other."

He then introduces their medic Matt, who is wearing all of the necessary protective gear, before volunteering to go first. 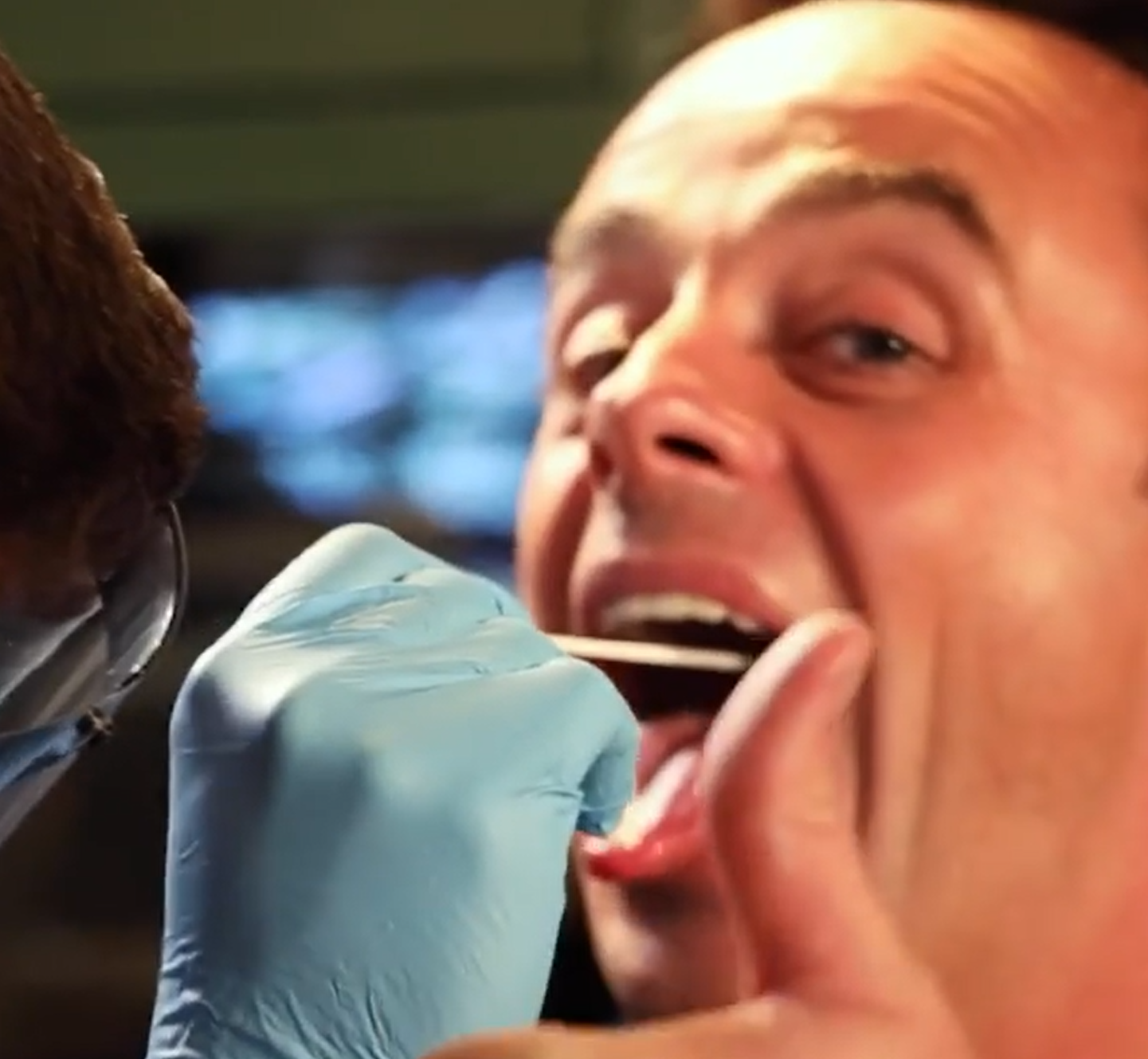 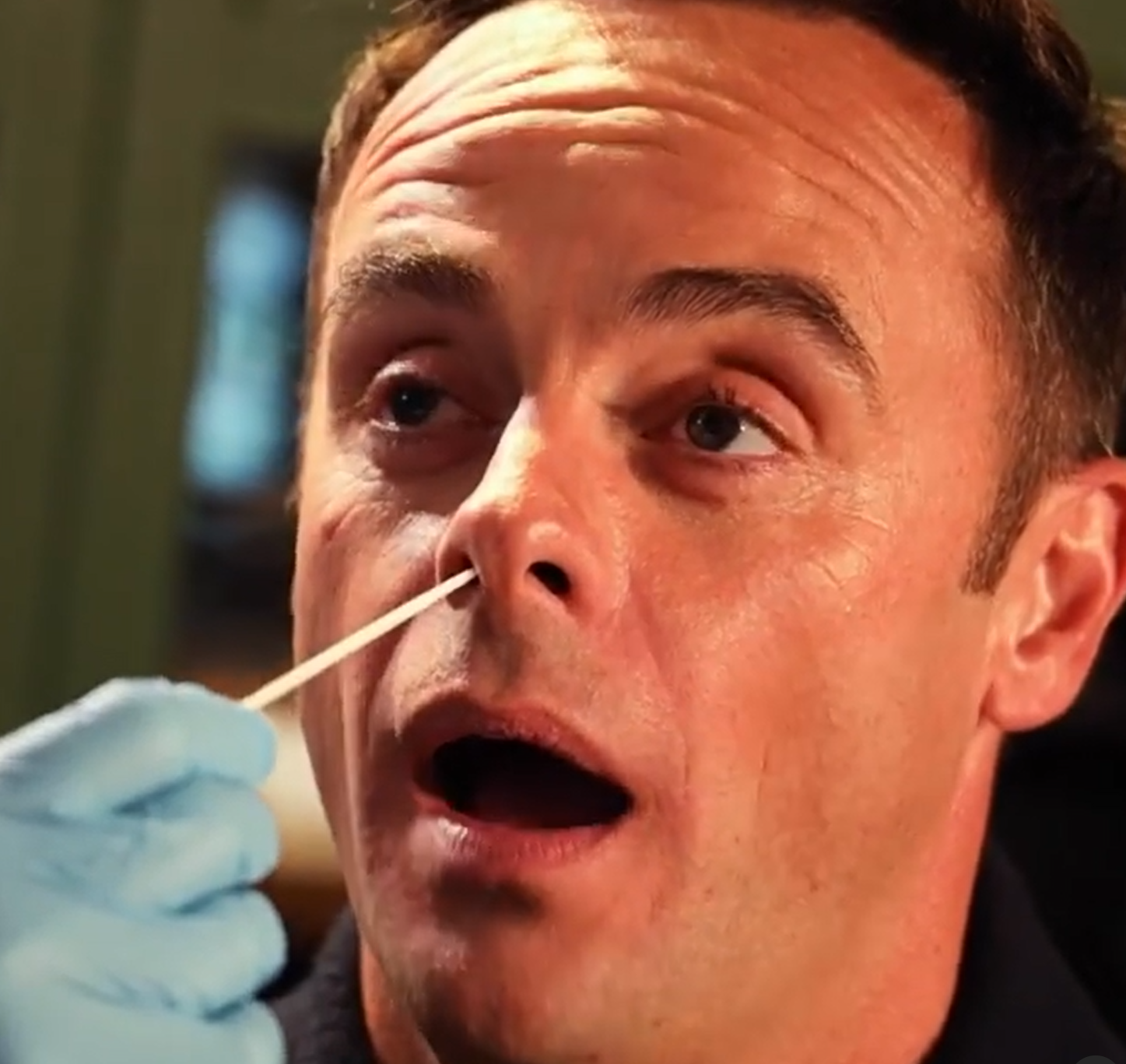 Matt puts the swab in Ant's mouth before continuing to his nose, with the star giving a thumbs up as he explained: "If you haven't had one, throat first.

"Then the same thing goes in your nostril, you dirty devil!"

Dec, 45, looked more anxious than his co-star – faux gagging before the test even began.

The two admitted they'd never done the test together before, and Ant couldn't resist making cheeky innuendos as his pal was swabbed. 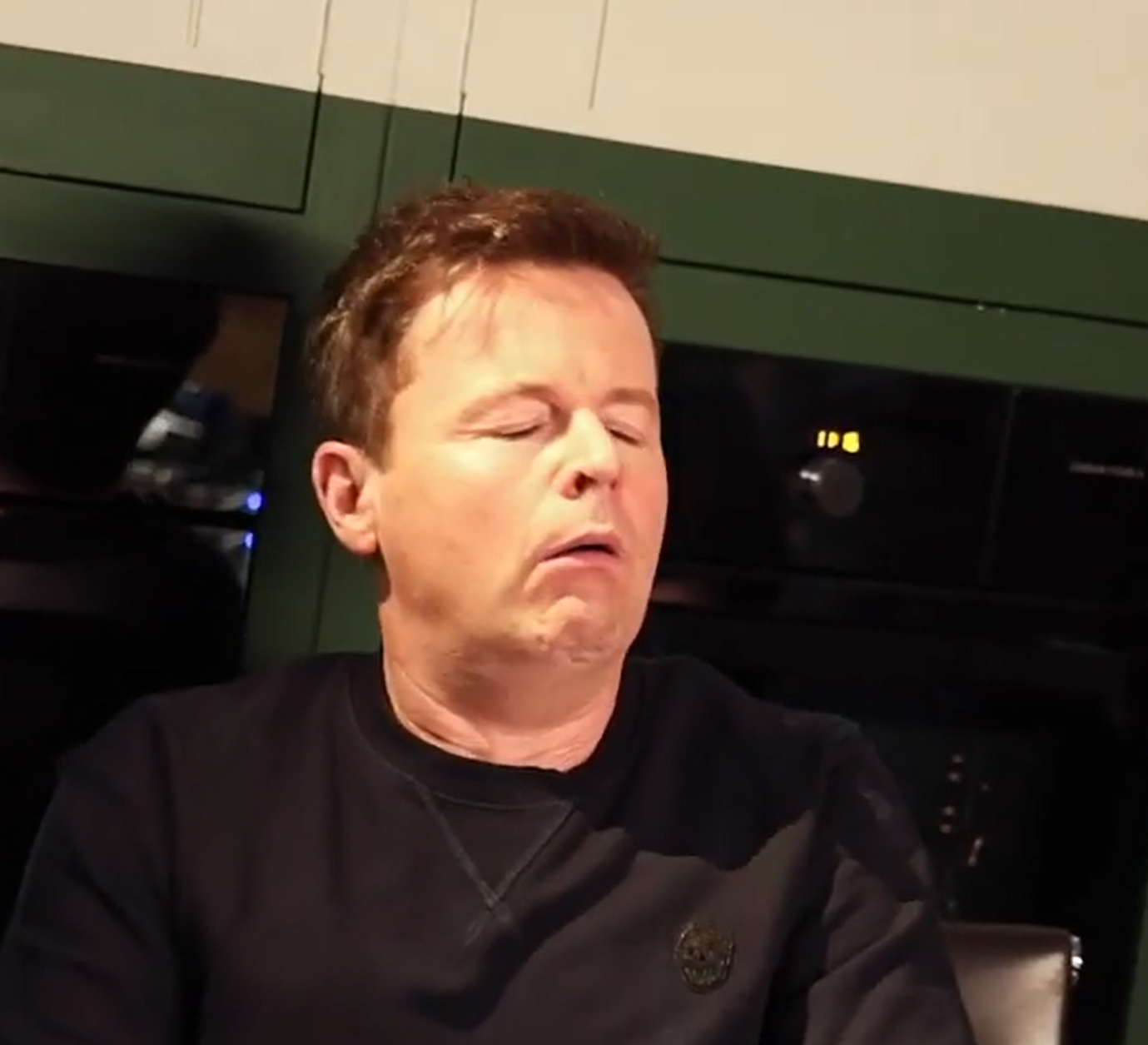 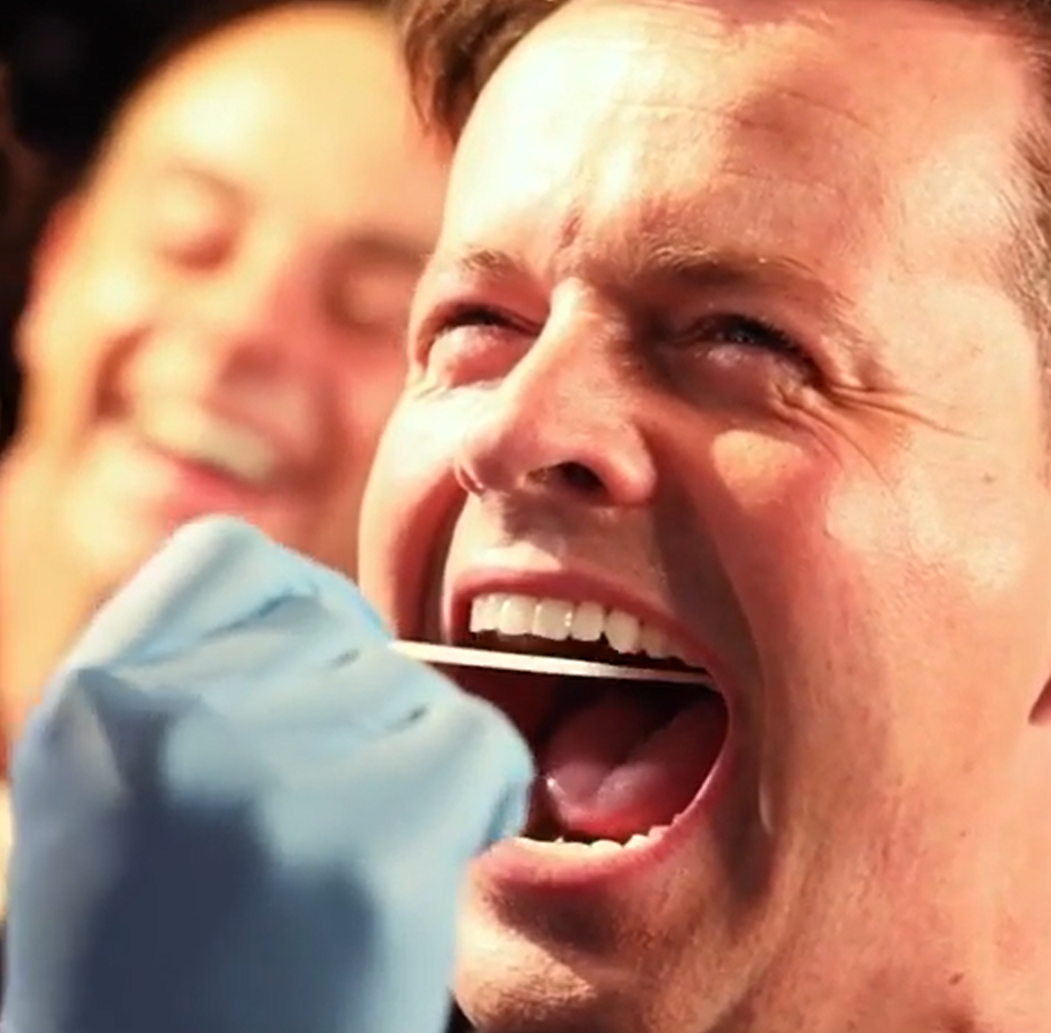 While the instrument was in Dec's mouth, Ant joked: "Deeper!"

Dec struggled to continue with the test as he broke into fits of laughter, which only worsened when Ant giggled: "Tickle his brain!" as the swab went into Dec's nostril.

As the video drew to an end, Dec sternly said: "That was the most uncomfortable test I've ever had. 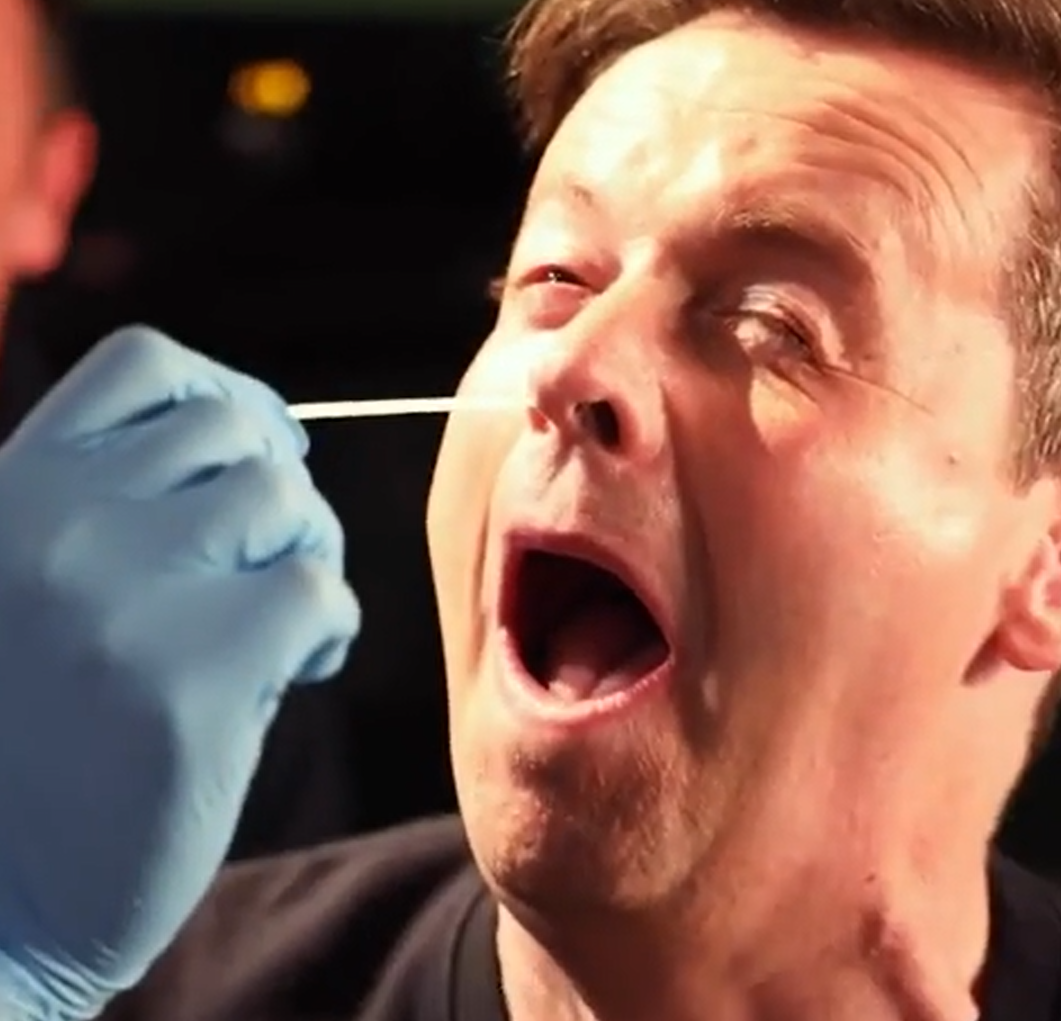 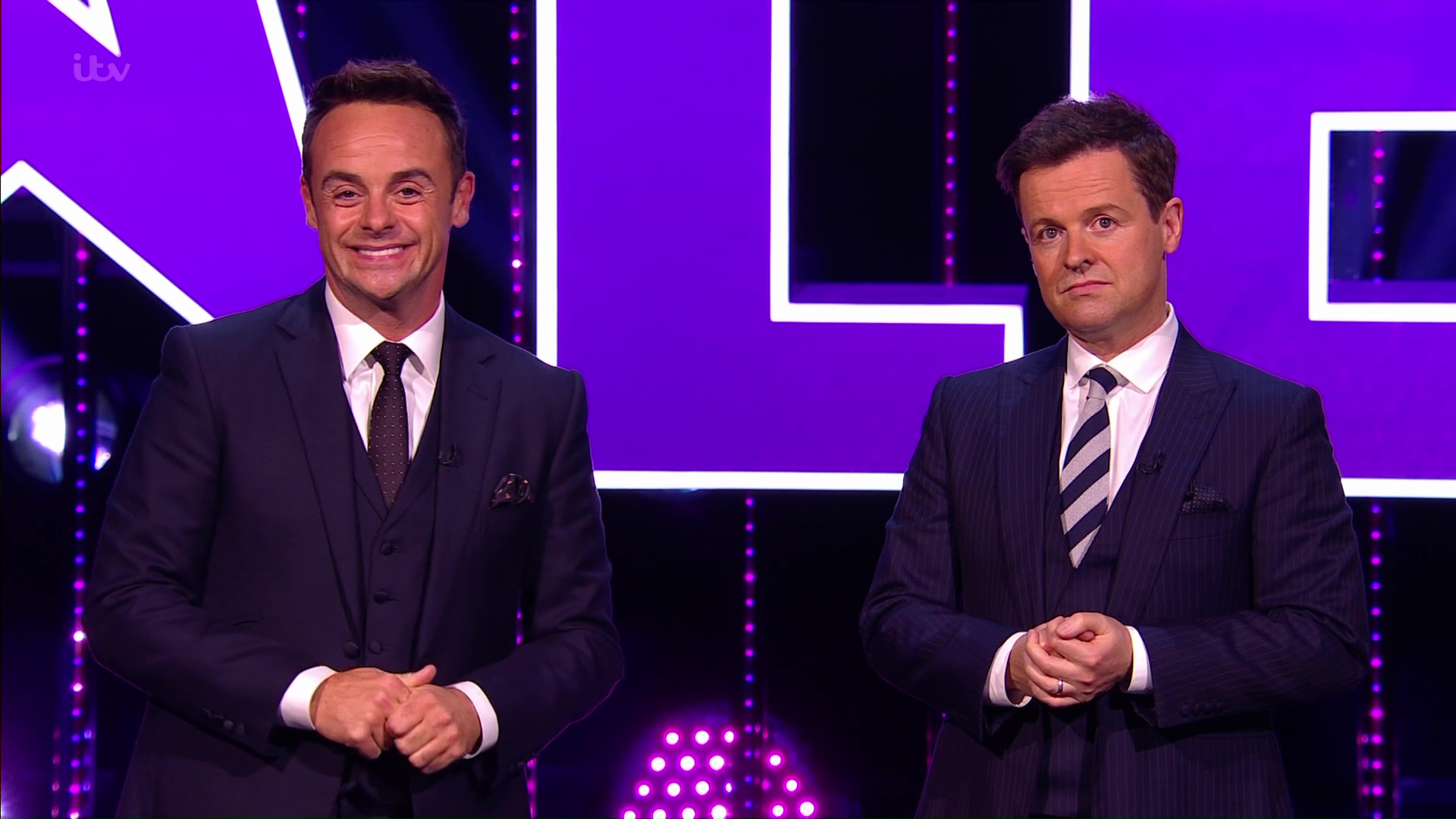 "We shall do them individually from now on!"

The pair revealed their excessive testing while appearing together on This Morning last month.

Explaining why they could sit next to each other, they said: "We're in a cohort. 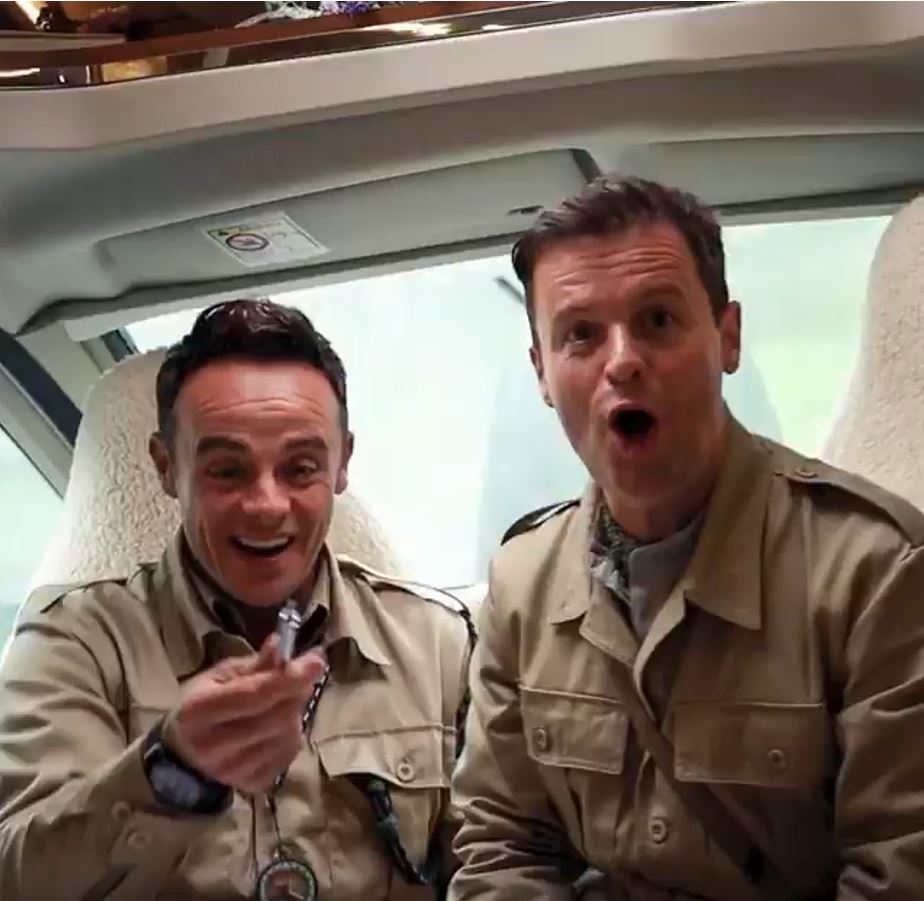 "We're working on Britain's Got Talent and other things at the moment.

"So we get tested every four days."

"We get tested down the throat and up the nose. Basically our households are connected and we form a cohort."