On tonight’s Antiques Roadshow, jewellery expert John Benjamin was presented with a gold bracelet made in 1815 with blue and brown stones.

John was thrilled to see the piece and even happier to reveal the staggering amount it was worth to the guest who brought it onto the show.

“Where has it come from?” he enquired after setting eyes on the interesting item.

The guest replied: “I acquired it recently. I got it from my parents for my 40th birthday and my mum had it and she used to wear it and I wore it last weekend actually.”

“I bet it drew some admiring glances didn’t it?” John asked.

The collector continued: “It did. My friends liked it.”

John went on to talk about the details of the bracelet, noting: “Alright now let’s give you a description.

“Have you noticed the little flower heads are a different colour to the plaques?

“Can you see that they are slightly greenish in colour, this is known as two tone gold.”

He continued: “The blue stones are called blood stones because of the little flecks of red in the stone are meant to be representative of Christ’s blood. 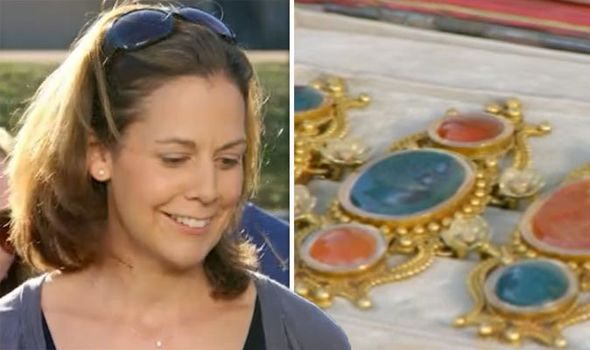 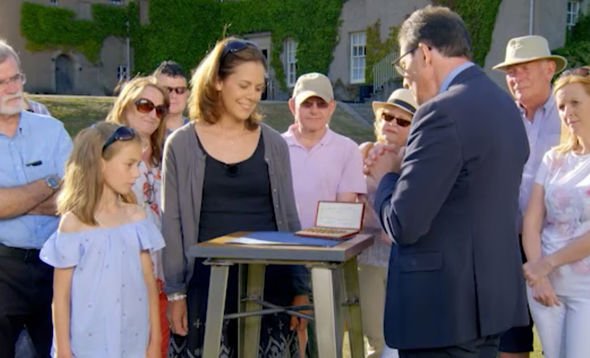 “The brown stones are called carnelian. These are natural hard stones in this era of around George the third.

“All of the individual little stones are engraved with heads you’ve spotted that haven’t you?

“You often find that with these heads they often depicted greek philosophers. The thing about this piece is that it is conditioned.”

John later added: “The craftsmanship that went into this would have been absolutely amazing.” 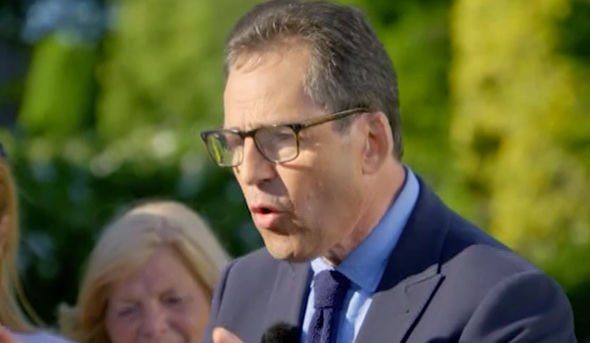 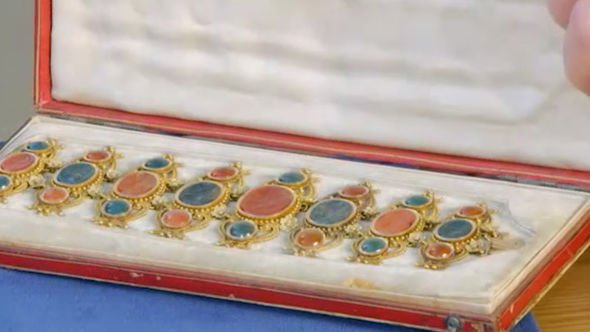 The guest was shocked by the valuation, especially as she had worn it on a night out with friends.

“I would not have thought that when I wore that last weekend,” she gasped.

Last week on the BBC show, one guest was thrilled with the valuation of Winston Churchill’s top hat, cigar and cigar case as well as a collection of letters from one of the women who worked with the former Prime Minister.

The expert revealed the group of items could sell for around £10,000.

Antiques Roadshow airs Sunday on BBC One at 7pm.