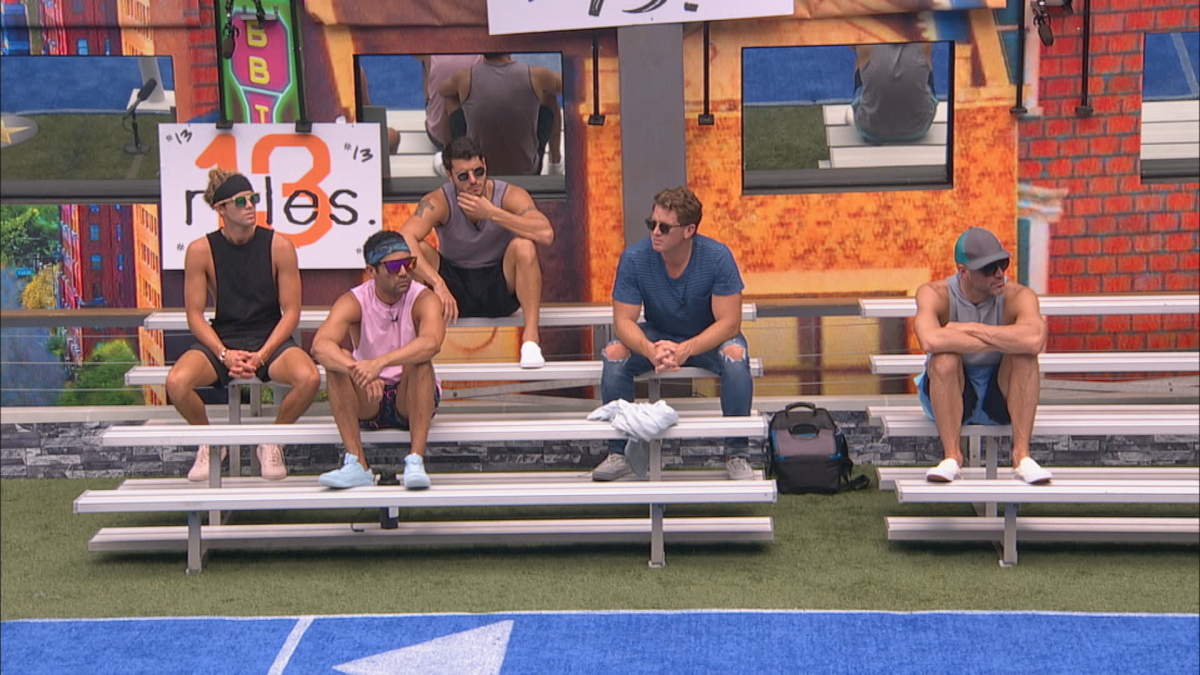 Big Brother 2020 spoilers about who won the Head of Household Competition tonight are now available. The 10 houseguests played in an Endurance Challenge on Thursday night to decide who would take over the power in the house.

Earlier in the night, Bayleigh Dayton was evicted on a unanimous vote, leaving just 11 people in the game. Host Julie Chen Moonves let them all know that they had at least made it to the BB22 jury. She also told them that the first five evicted houseguests had already been sent home.

As Christmas Abbott watched from the sidelines — and continuously gave tips on breathing, enduring, and using muscles — the houseguests tried to stay perched on the wall that would angle forward to try to drop them off.

Who won the HOH Competition tonight?

It was a long Endurance Challenge, which is what the fans love to see. It should provide a lot of footage for the next episode of the show and it was certainly intriguing to the people watching it take place on the live feeds. The downside, though, was that there were frequent star screens interrupting the challenge for viewers.

How about some HOH Competition results?

Da’Vonne Rogers was out of the challenge very quickly. And though he lasted a lot longer than Da’Vonne, it was David Alexander who was the second person to fall off the wall.

Ian Terry, Memphis Garrett, and Enzo Palumbo were the next three people down.

Kevin Campbell and Tyler Crispen were the next people to fall. That left just Daniele Donato, Nicole Franzel, and Cody Calafiore competing for the title.

Nicole dropped and then Cody slipped. Daniele Donato is your Week 6 Head of Household. She hung in there and now controls who gets put up on the block next week.

Will this work into the new alliance in the house?

Week 6 Have-Nots set and the nominations are coming

As the first three people out of the challenge, Da’Vonne, David, and Ian have become the Week 6 Have-Nots. They are back on slop and sleeping in the uncomfortable room again. At least they all made it to the BB22 jury?

Outside of the house, fans might find it amusing that Kaysar Ridha and Swaggy C just met up in person. Kaysar is enjoying himself outside of those walls and it shows.

Hopefully, the challenge wore everyone out and there are no more sessions of BB22 cast members making fun of Ian.