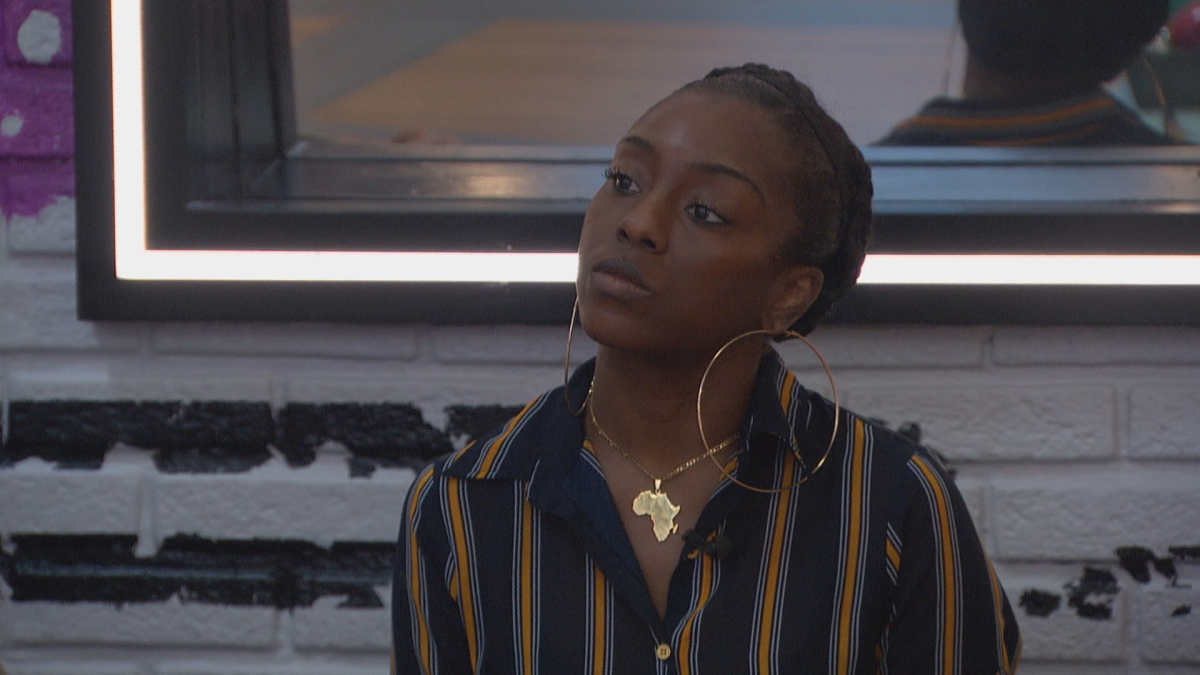 Last week on Big Brother 22, Ian Terry was sent to the jury house. Memphis Garrett took over as Head of Household and then nominated Da’Vonne Rogers and Kevin Campbell for eviction.

It was now time to find out what happened after that and how the Power of Veto would play into the next Eviction Ceremony.

To start the new episode, it was time for a long recap about what happened on Episode 20.

A short segment was spent on Da’Vonne and Kevin cementing their new friendship. They had an honest conversation about how much they enjoyed meeting each other and how that would extend outside of the house.

The episode quickly got to the segment of picking players for the Veto Competition. Memphis picked Tyler, Da’Vonne got her choice and picked Nicole Franzel, and Kevin got his own choice and picked Daniele Donato.

David Alexander was pretty frustrated about not getting picked. Tyler, meanwhile, became even more suspicious that Dani and Nicole have been working with Da’Vonne this whole time.

Memphis was then shown meeting with Dani, Nicole, and Tyler. He told them all to throw the Veto Competition so that he could backdoor David.

Memphis also had a segment where he met with Da’Vonne and Kevin to tell him the same exact plan. It meant all six people playing for the POV knew that Memphis just wanted to backdoor David.

Before the Veto Competition, Zingbot took shots at all of the 10 remaining houseguests. Below are a few video clips from the episode. Have a watch and enjoy some BB22 cast roasting.

The six competitors had to seek tigers in a backyard maze and put them in cages. The first one to complete it all would win the Power of Veto.

Kevin talked about it being the fourth time that he has been on the block this season and how he really wanted to win. Dani spoke in a Diary Room session about wanting to take Da’Vonne off the block to repair their relationship.

And then there was Tyler, who wanted to keep the nominations the same, so he was gunning for the POV.

Nobody threw the Veto Competition, which went against the orders that Memphis gave ahead of the challenge.

In the end, Tyler Crispen won the Power of Veto and stole control of the week away from Memphis Garrett.

Tyler chose not to use the Power of Veto. He kept the nominations the same and now the houseguests will vote on whether to evict Da’Vonne Rogers or Kevin Campbell at the next Eviction Ceremony. One of them is about to join Ian Terry on the BB22 jury.

There has been a lot going on with Big Brother over the past week. Outside of the house, former two-time player James Huling is running for mayor. Back at the house, a wall-yeller caused the feeds to get taken offline.