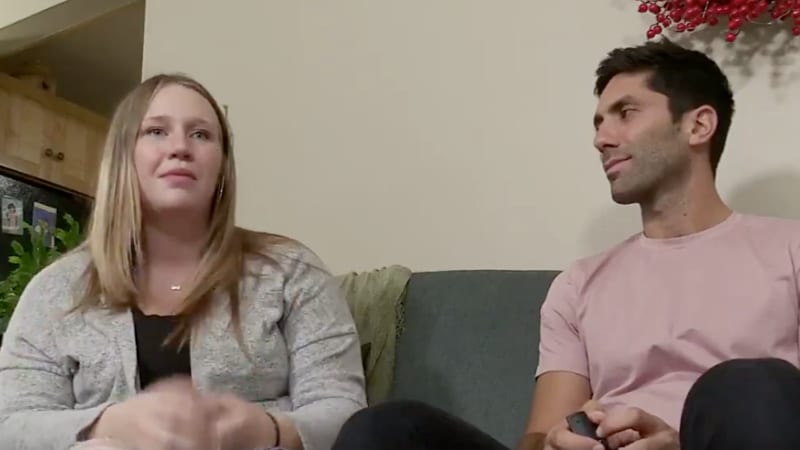 Catfish: The TV Show is back tonight with another episode and this time Nev Schulman gets the help of Kamie Crawford. They set out to help Rachael figure out who Vance really is. For years, she’s been talking to him online and on the phone, but there’s something she can’t quite figure out.

And it’s actually Rachael’s younger sister Samantha who contacts the show in hopes of Nev helping out her sister. As she tells Nev and Kamie from the beginning, she’s looking to find out the truth as she has three children, the youngest just 5 weeks old.

The two started talking years prior when Rachael had been sexually assaulted. While she struggled to get out of bed in the morning, Vance would always be there to help her get motivated and feel better about everything.

Rachael tells Nev and Kamie that Vance isn’t always consistent. He will disappear for weeks or months at a time, and then call her from a new phone number. Vance will also stop talking on the phone, forcing her to write with him via Facebook.

As soon as Nev and Kamie start digging, they find a Vance with the same last name in North Carolina. Everything checks out, except he has an arrest record. He may have been talking to her from jail. Kamie also discovers a connection with someone on Facebook, someone with the name of Combs.

Based on the previews, Rachael doesn’t look pleased when she finally sees who the person is behind the Vance profile. It almost seems like she knows who it is.

Could it be one of her baby’s fathers that have been pretending to be someone else? You’ll have to watch the episode tonight on MTV to learn the truth.

Catfish airs on Wednesdays at 9/8c on MTV.