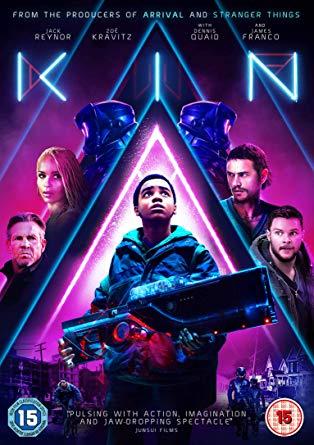 Eli Solinski (Myles Truitt) is a 14-year-old boy who finds an alien weapon in an abandoned warehouse.

Not long after the discovery, he is taken on the run by his older brother (played by Jack Reynor) who is in debt to a gangster.

Unbeknownst to them, they are also being chased by a pair of aliens who are tracking down the weapon…

The convoluted plot is the biggest problem with the film. The story ricochets around different aspects: one minute it’s a heartwarming family drama. Now it’s a road trip movie. Now, it’s a sci-fi action thriller!

Not enough time is given to any of the themes to make them meaningful, and it all culminates in a borderline deus ex machina moment at the very end, where it turns out that the science fiction aspects were largely vestigial, and could almost have been removed without damaging the rest of the story.

Despite this flaw, Kin manages to excel itself with an absolutely stellar cast. Truitt is fantastic in his feature-length debut, and with James Franco, Zoë Kravitz and Dennis Quaid supporting, there is plenty to write home about.

The Blu-Ray edition also contains  co-directors Jonathan and Josh Baker's 2014 short film Bag Man, which was their inspiration for Kin, a short documentary on how the special effects were made, as well as the usual slew of commentaries and deleted scenes.

Kin is the sort of film which you want to watch, but don’t quite know why. If you can get past the whiplash effects of the plot, you’ll certainly enjoy it. 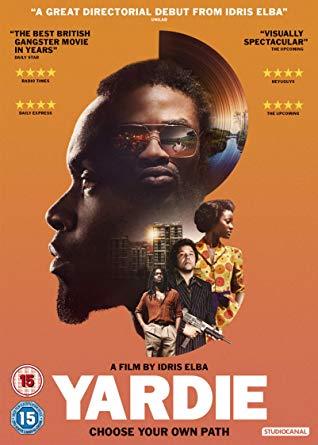 Idris Elba’s directorial debut sees Kidulthood's Aml Ameen play D, a gangster transported from Kingston, Jamaica, to London and torn between his impulses to follow “the righteous or the damned”.

Ameen and Naomie Ackie are winning leads and the soundtrack is a belter.

But the underworld antics are by-the-numbers – aside from one unexpected use of a fish – and it’s hard to escape the feeling this often functional affair would have benefited from its director’s magnetic presence on screen. Then again, what wouldn’t? 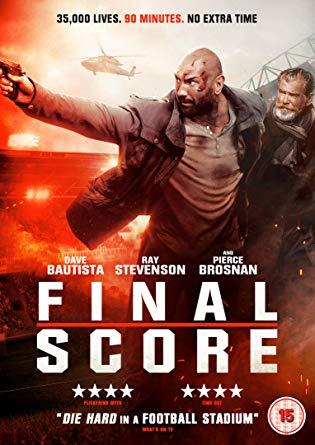 Never mind why terrorists are intent on spoiling a crucial Europa League tie at the Cockney cathedral. The exposition is put to bed early and tattooed thugs are hurling people through windows inside the first 30 seconds.

The action is satisfyingly raw and surprisingly brutal.

If Bautista lacks Dwayne Johnson’s comic lightness of touch, he excels at the bloody ballet, as you’d expect from a Guardian Of The Galaxy, Bond villain and legend of the squared circle.

His Uncle Mike character borrows heavily from the Die Hard playbook, resolving a few personal issues between punching goons in the throat. The sight of him in an East End boozer is like Zlatan pitching up for your Sunday League team – as thrilling as it is unlikely.

Apart from one weird, uncomfortable moment apparently satirising terrace racism, this Sky Cinema original is ridiculous, undemanding fun, with a mean streak right where you want it.