Coronation Street viewers saw Elaine (played by Paula Wilcox) arrive on the cobbles last month in a bid to try and help Yasmeen Nazir’s (Shelley King) case against Geoff Metcalfe (Ian Bartholomew) who had subjected both women to horrendous abuse. However, with it later emerging Elaine was, in fact, Tim’s (Joe Duttine) mother, he went on a desperate search to try and find where she had gone to, worrying his father had hurt her. But last night’s episode appeared to expose a huge plot hole in the storyline after Tim found her address weeks after he supposedly threw the information away.

On Wednesday night, Tim got his eyes opened to the abuse his beloved father had subjected Yasmeen to for months and months.

His wife Sally (Sally Dynevor) turned detective and managed to snatch Geoff’s laptop from his grasp.

When they found footage of Geoff taunting his wife, Tim wasted no time on making his next move.

Tim was left devastated by his betrayal and subsequently handed his dad into the police after witnessing his true colours. 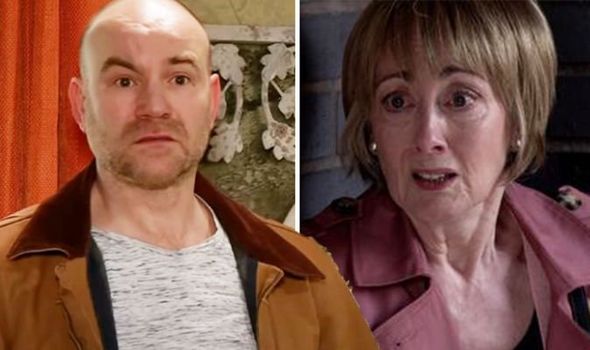 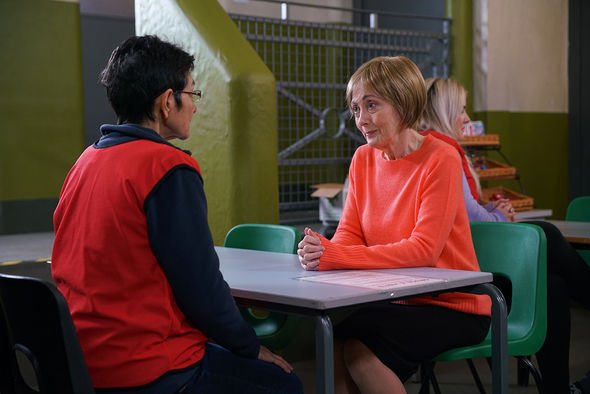 As things developed further, Tim started to become increasingly concerned for the woman he now realises was his mother.

ITV viewers will remember Elaine mysteriously disappeared from Weatherfield after Geoff caught wind of her arrival.

He issued her a warning and demanded her to leave but she stood firm against her former partner.

But since their explosive confrontation took place, she has not been seen on-screen – and Tim was left panicking after he couldn’t locate her last night. 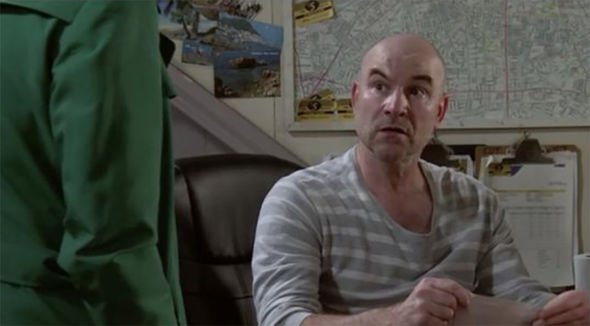 After seeing his treatment of Yasmeen, Tim had to consider the possibility his father had caused harm to Elaine.

But fans spotted a huge plot hole in last night’s episode, which could prove her tragic fate.

At the time of her visit, Elaine had left Tim her details on the back of an envelope in case he changed his mind about wanting to see her.

However, with Tim still having been supportive of his dad at this time, he angrily disposed of it at the taxi office.

But in last night’s episode, fans were perplexed when Tim managed to find the information – despite having thrown it away weeks ago.

Tim was seen rummaging through his desk bin and pulled out the envelope as he started the search for his mum.

This caused confusion for those watching at home, wondering how on earth the contents of the bin still remained weeks later.

One shared on Twitter: “How had the waste paper bin in the taxi office not been emptied for weeks as Tim just found the address in the bin #Corrie.”

“Tim in #Corrie needs to empty his wastepaper bin more often,” commented another.

A third queried: “How long ago was it Elaine wrote her number on that envelope? So that envelope has been in Tim’s rubbish bin the whole time? Don’t they empty their bins in Weatherfield lol.”

A fourth echoed: “She’s been gone weeks and the paper she wrote on is still in the bin ready at hand… don’t they empty the bins there?”

Tim went to the address he had been left by Elaine but she was not there, leaving him becoming desperate to find out what had happened to her.

Could this confirm Geoff brutally murdered Elaine, or could she make a shock return in the weeks to come?