Death in Paradise season nine will begin in January 2020 with a brand new guest cast heading to the island. Ahead of it airing, the BBC has now begun revealing who will be appearing in the show when it returns. With a line-up including a Peaky Blinders star, a Shakespearan actor and a soap legend, it looks to be another stellar cast. 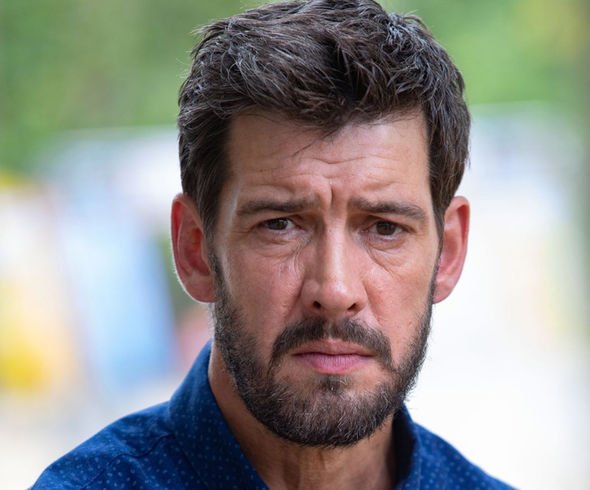 Episode three will introduce Adrian Bower as the character of Brian Hunter.

According to the BBC: “When there’s an accident on the course will Brian have the answers for our crack police squad, or will he have another story to peddle?”

The actor is known for appearing as Brian Steadman in Teachers and Leofric in the Last Kingdom.

He will also be starring in the upcoming Gangs of London series. 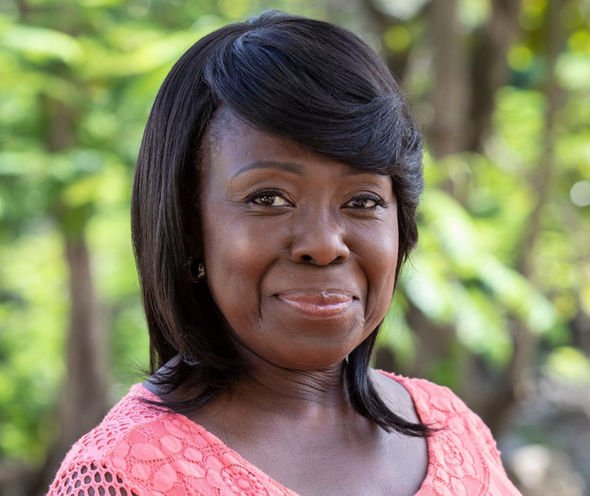 Ellen Thomas is also heading to the island of Saint Marie in season nine.

The BBC has not revealed much about her character apart from that she is called Georgine Perault.

Thomas is best known for appearing in EastEnders as Claudette Hubbard from 1990 until 2016.

However, she has also appeared in other popular shows like Casualty, Doctors and the BBC drama Dark Mon£y. 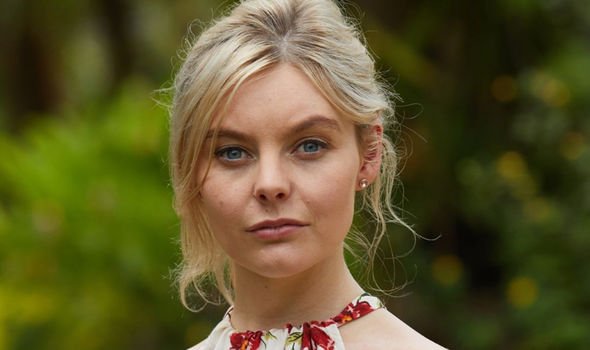 She will play Tabitha Brown, a new visitor to the sandy beaches.

Hudson is best known as Laoghaire MacKenzie in the Starz television drama Outlander. 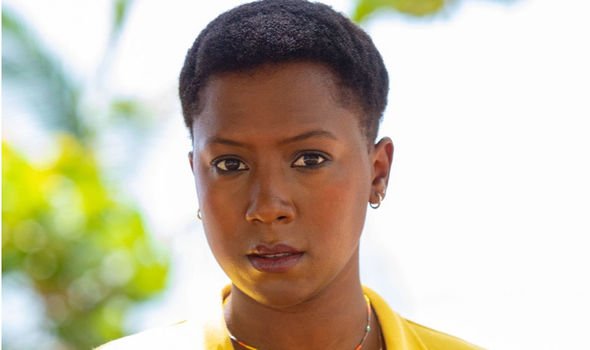 Jade Anouka will play Inez Farah in season nine of the show.

According to the BBC she is “a member of the Team Storm cycling group.”

Anouka is an English actor and poet and has appeared in Cleaning Up and Turn Up Charlie.

She’ll next be in The Rhythm Section, Zebra Girl and Shaun. 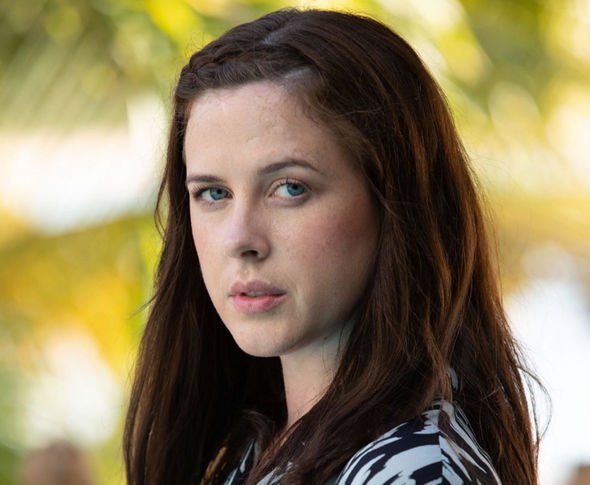 Episode five will see the introduction of Alexandra Roach as Bethan Miller.

The BBC explained: “Bethan’s survival trip quickly takes a turn for the worst, but does her alibi add up?”

Roach is best known for her period dramas, starring in Anna Karenina as well as playing Diana Parker in the recent Sanditon.

Viewers may also have seen her in Testaments of Youth, The Iron Lady and One Chance. 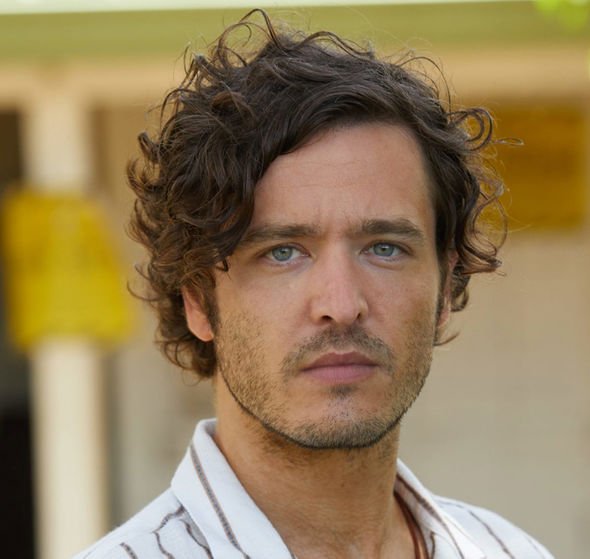 Alexander Vlahos plays Max Spencer in the new series of Death in Paradise.

The BBC describes him as “once a muse and now a suspect, can Max prove his innocence?”

Best known for playing Mordred in Merlin, the actor has also appeared in Privates and Macbeth.

He also played Monsieur Philippe d’Orléans in Versailles from 2015 until 2018. 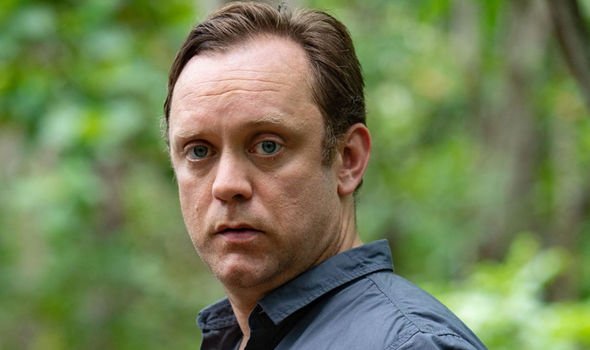 The BBC has also announced that Sam Troughton will be joining the cast of Death in Paradise.

Troughton will join the guest cast as Malcolm Simmons in the upcoming series.

According to the BBC he gets an early promotion to one of the leaders at a survival camp. 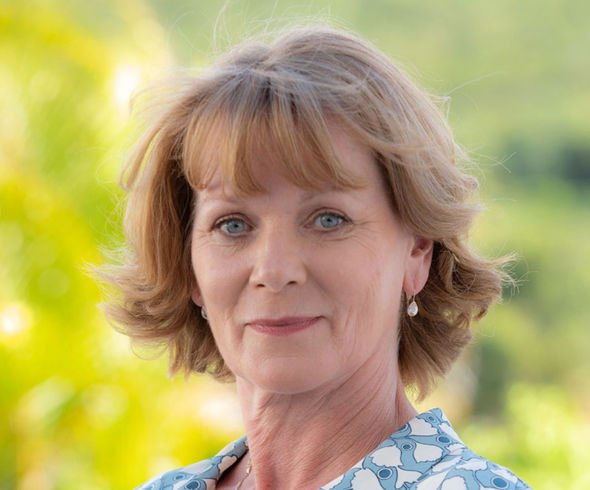 Another new addition to the cast is Samantha Bond who will be taking on the role of Joanne Henderson.

According to the BBC, Henderson is is the wife of Neil (Steve Pemberton) and gets caught up in his expansion in Saint Marie.

Bond is best known for her role in the James Bond films as Miss Moneypenny during the Pierce Brosnan years. 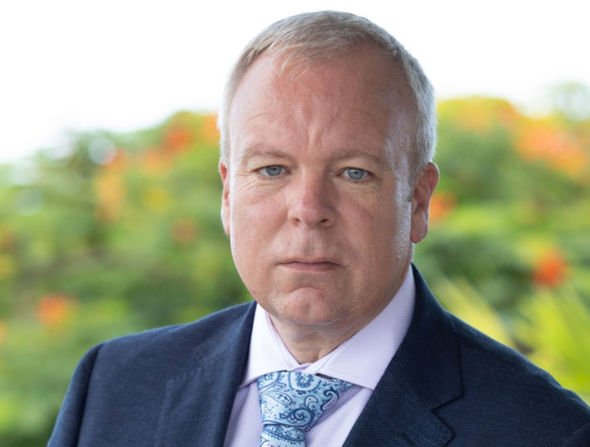 The latest addition to the season nine cast of the show is Steve Pemberton who will play Neil Henderson.

The English actor is best known for being part of the award-winning comedy team The League of Gentlemen.

Aside from that, he has appeared in Benidorm as Mick Garvey and in Happy Valley as Kevin Weatherill. 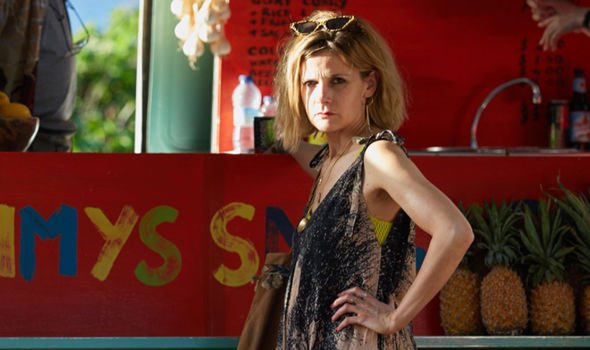 Louise Brealey will make her Saint Marie debut as Donna Harman in the new series.

The BBC revealed she will play a troubled artist with a mysterious storyline in the show.

Viewers are likely to recognise Brealey best from her role as morgue registrar Molly Hooper in the BBC series Sherlock.

The actor also played Gillian Chamberlain in Sky series A Discovery of Witches as well as Beatrix in The Widow. 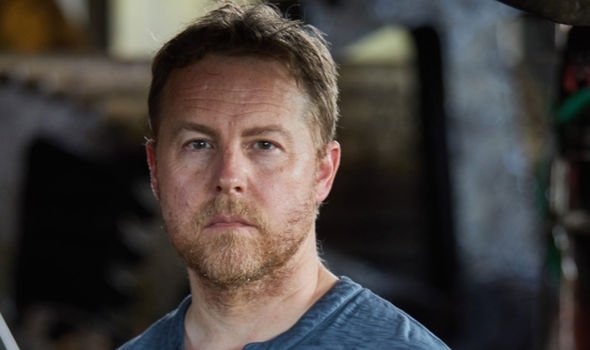 Actor Samuel West is also heading to the island as the character Donald McCormack.

The BBC teased his arrival will come “when a murder threatens to tear a family apart” in a tweet.

West is best known for starring in Mr Selfridge as Frank Edwards and as Leonard Bast in Howard’s End.

He is also an accomplished voice actor narrating a number of Second World War documentaries and audio books. 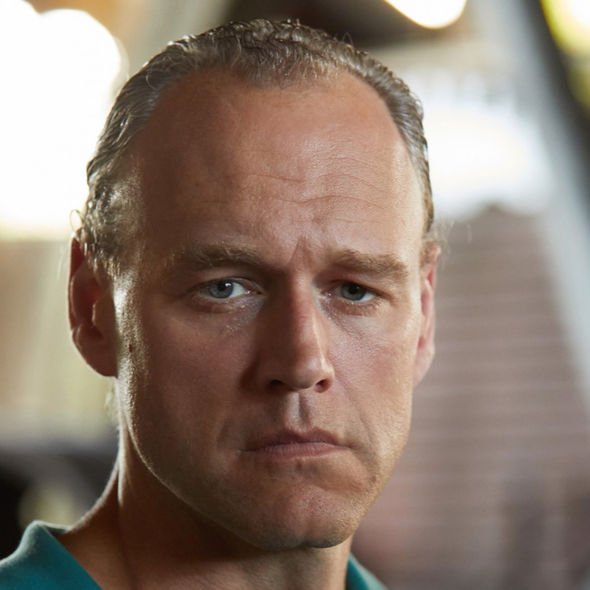 Elliot Cowan will play Donald McCormack’s brother in the latest series in an yet unnamed role.

According to the BBC: “These two heavyweights play the McCormack brothers who find themselves under threat from a mysterious masked man.”

Viewers will recognise Cowan for starring as the ill-fated Michael Levitt in season five of Peaky Blinders earlier this year.

He is also known for playing Mr. Darcy in Lost in Austen as well as King Henry Tudor in The Spanish Princess. 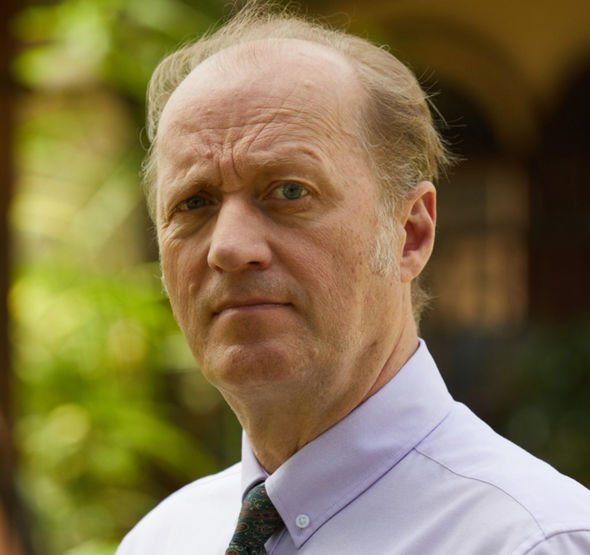 The latest season of Death in Paradise will also star actor Adrian Edmondson.

Playing a character named Charles Crabtree, the BBC revealed he will appear in episode one of series nine.

The BBC tweeted: “Charles witnesses an attack in our first episode of the series but does his story really add up?”

Edmondson is best known for appearing in EastEnders as Daniel Cook as well as playing First Order captain Edrison Peavey in Star Wars: The Last Jedi. 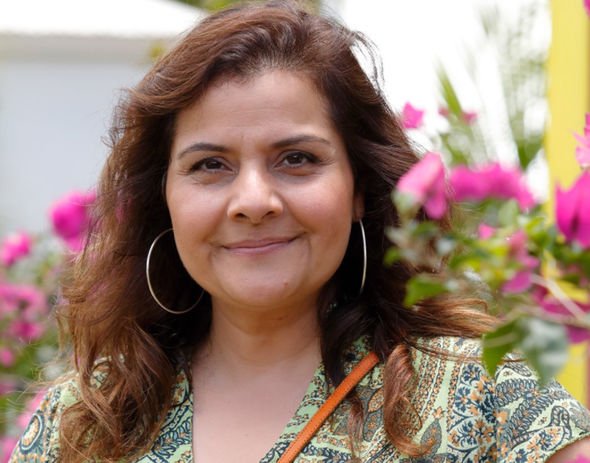 Another new addition to the Death in Paradise cast is Nina Wadia who will play a character named Anna.

In the tweet announcing her role, the BBC wrote: “Will an encounter with D.I Jack Mooney (Ardal O’Hanlon) lead to new things on the horizon?”

This left many fans speculating Anna could play a role in Mooney’s departure from the island this year.

Wadia is best known for playing Zainab Masood on EastEnders from 1994 until 2013 and Mrs. Hussein in Still Open All Hours.

Express.co.uk will be updating this article as soon as new actors are announced.

Death in Paradise season 9 will be released in January 2020.