Stunned viewers took to social media to share screenshots of the mystery item, which could be seen as Kat and Alfie Moon shared a heart-to-heart. 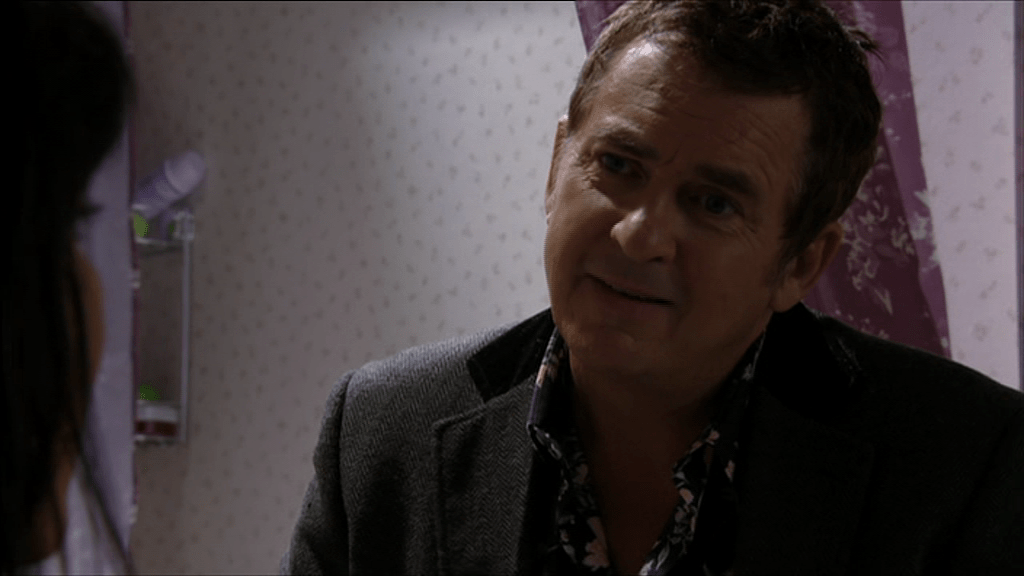 Although it is most likely that the object was simply a can of deodorant, fans still expressed disbelief after watching the scene.

Another added: "Anyone else noticed a little extra something in the Slater’s bathroom?"

A third poked fun at the promiscuous nature of the Slater family, quipping: "Those Slaters!" 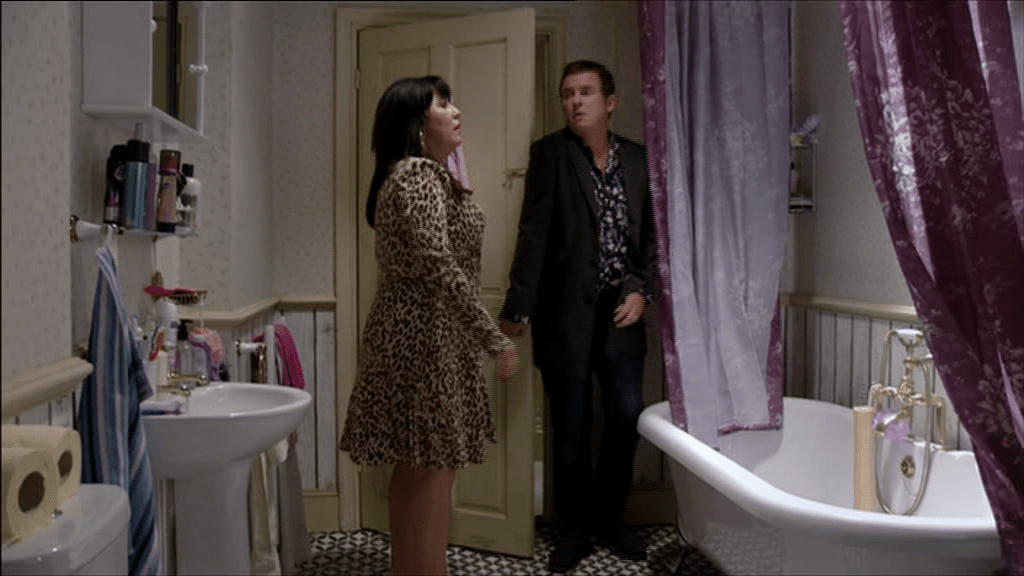 The seemingly naughty prop wasn't the only thing to spark a reaction during tonight's episode of the BBC One soap.

Long-time fans were overjoyed to see the return of Kat and Alfie's three sons – who hadn't appeared on screen in over three years.

Tommy, 7, and four-year-old twins Bert and Ernie were last seen when Kat and Alfie left Albert Square in 2015 – being notably absent in the characters' most recent return to Walford. 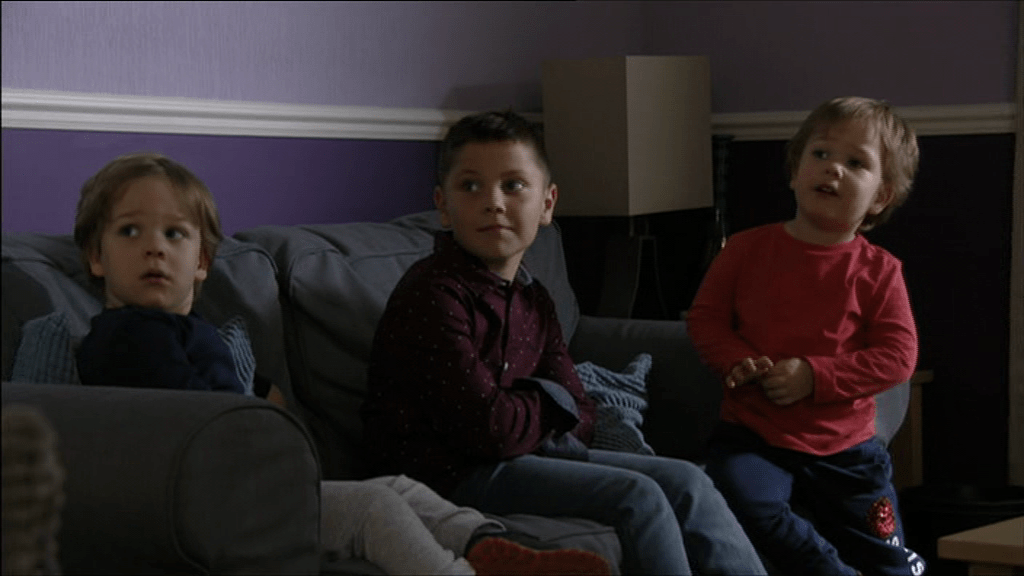 Their appearance tonight surprised viewers, who admitted that seeing how grown up the children now are was making them feel "old".

Alfie brought the boys back to Walford so that they could be reunited with their mother, who hasn't seen them since he kicked her out of their home in Spain.

Although the twins were excited to run over and cuddle up to their mum, Tommy was seen to be less thrilled by the reunion – although he later relented and gave Kat a hug.

Despite the heartwarming scene, drama doesn't appear to be far off for Kat and Alfie, with tonight's episode ending as Alfie realised that he was holding his newborn daughter, who he shares with Kat's cousin Hayley.

Hayley gave birth to the little girl after a sordid affair with Alfie, which Kat is currently unaware of.