Moira Barton (played by Natalie J. Robb) hadn’t seen her brother Mackenzie (Lawrence Robb) since she walked out on her family when her brother was a young boy. The Emmerdale favourite was stunned when her brother arrived and despite his hostility was keen to catch up on lost time. However, could her willingness to bond with Mackenzie stem from a dark family secret she’s kept buried for years?

Speaking to press including Express.co.uk, Natalie was quizzed on why Moira is desperate to reconcile with Mackenzie.

Natalie explained: “It’s truly the fact that he’s turned up into the village.

“It’s such a shock because it’s been such a long time since she’s seen him and he was always like her little shadow when he was younger.

“Everything just comes flooding back to her and for her, it’s just a maternal feeling of anything.” 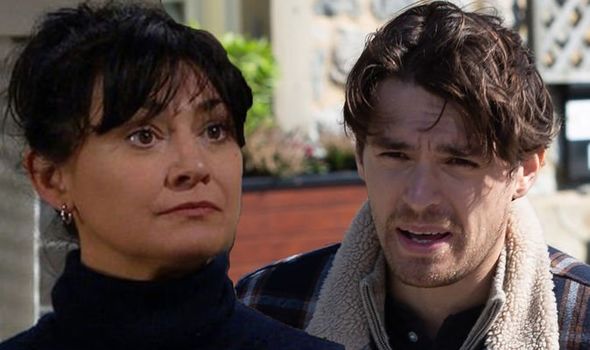 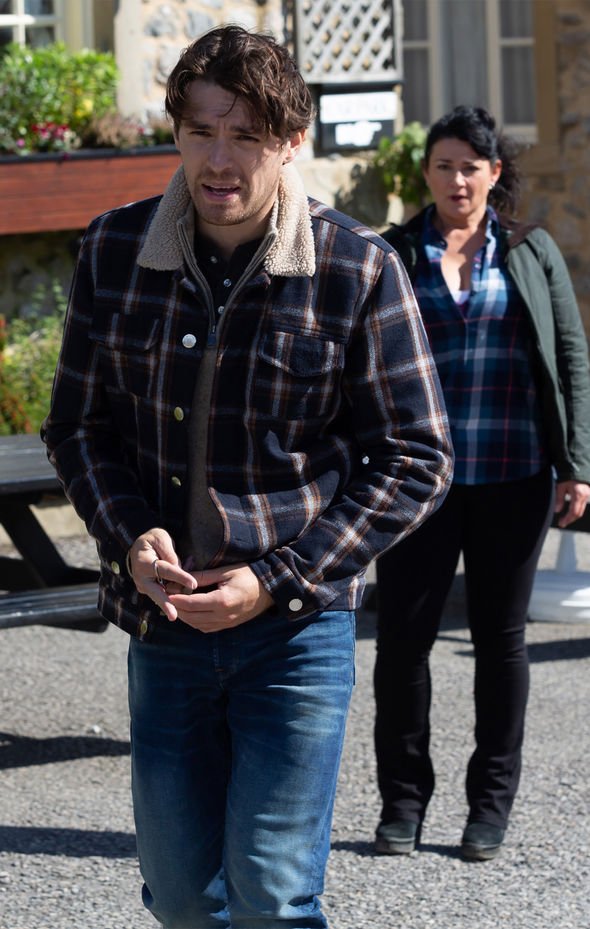 “He doesn’t feel the same way so it’s a bit of a shock for her,” Natalie continued.

“It’s a shock for her to see him again and all these feelings will come flooding through her.

“But then she realises that it’s not in a good way, that she’s going to have another fight in our hands as always.”

Could Moira’s “maternal” bond with Mackenzie suggest the farmer is, in fact, his birth mother? 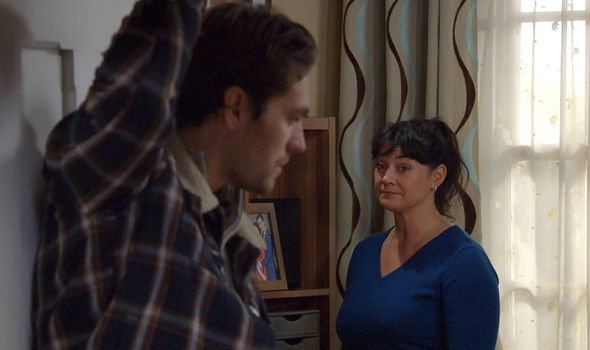 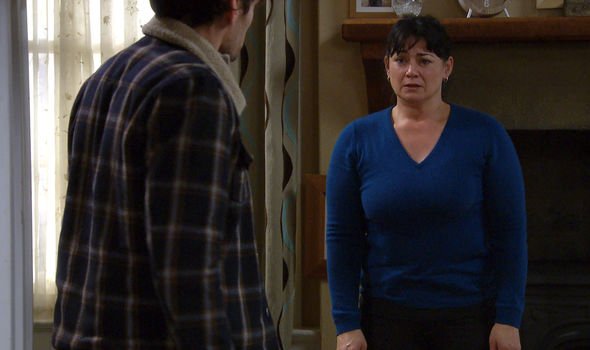 It’s clear Moira left her family suddenly and a teenage pregnancy may have caused her parents to issue an ultimatum.

If they felt their daughter was too young to raise a child they could have brought Mackenzie up as their own.

However, Moira may have reached an age where she wanted to tell Mackenzie the truth and was kicked out by her parents before she had the chance.

The Emmerdale star explained Moira fears Mackenzie will never be able to forgive her.

Mackenzie’s reaction to seeing Moira after so many years left the farmer heartbroken as she attempted to make amends.

Discussing her brother’s resentment, Natalie shared: “Oh, it hurt so deeply [and] there are things that will be revealed and unravelled.

“But how they can go forth with it and forward with it [I don’t know].

“I just think that all she wants to do is give him a big cuddle and just tell him that everything’s going to be alright.

“But she just doesn’t get that opportunity and I think if anything it’s going to take a long time.

“Because of what’s happened in the past, it’s deeply hurt Mackenzie, and he’s not willing to forgive.”

Will Moira and Mackenzie rebuild their relationship or will the newcomer refuse to see past their differences?