Note: This article contains spoilers for Fantastic Beasts: The Crimes of Grindelwald.

Fantastic Beasts: The Crimes of Grindelwald answered many questions left over from the first film, and asked a lot more that will hopefully be resolved in the next three films too.

But an important plot point left over from the first two films is still outstanding: how did Credence Barebone survive what looked like certain death at the end of Fantastic Beasts and Where to Find Them? He was in the second film, but they never really explained how he survived.

The answer is, simply, he didn’t die. 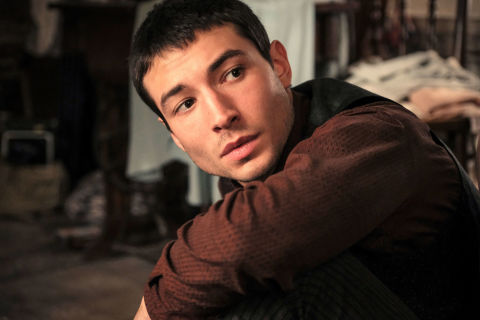 The movie companion book, Fantastic Beasts: The Crimes of Grindelwald: Movie Magic, explains that: “You could with justice have believed that Credence had been killed at the end of the first film.

“But, in fact, as Newt knows, you can’t kill an Obscurial when they’re in their Obscurus form. You can shatter the Obscurus temporarily, but the person hasn’t died.”

Now that that mystery surrounding Credence has been resolved, we can focus on the newest head-scratcher about him: how the heck is he supposed to be related to Albus Dumbledore?

Well. the good news is that actor Ezra Miller says that will also be explained. Eventually.

“[JK Rowling] knows the mythology so well and I think she’s into confounding you for a moment and having a fan go, ‘Wait that can’t make sense!’ and then showing you how things you thought couldn’t make sense make sense,” he said.

“I think she enjoys people not getting it for a second. She’s done it to us a bunch of times.”