Game of Thrones is next month. It is finally happening – the final six episodes.

As some fans of the series count down the days until the beginning of season eight, others have been working their way through the latest trailer with a fine-toothed comb.

And as each scene is pored over, larger and unbelievable theories keep cropping up.

The latest one involved Jon Snow (played by Kit Harington) and his relationship with Daenerys Targaryen (Emilia Clarke).

In the trailer Jon can be heard announcing some harrowing news in the voiceover.

However he may be feeling some things before he goes to war, as Redditors have pointed out where he is in the trailer.

User Remus88Romulus posted an image of Jon in the Stark crypt and suggested: “Jon Snow finally knows everything.”

The comments of the post then go on to say Jon is staring at Lyanna Stark’s (Aisling Franciosi) crypt, presumably with the knowledge that she was his biological mother.

This scene is then followed by Daenerys arriving to stand next to him – but does she know as well? 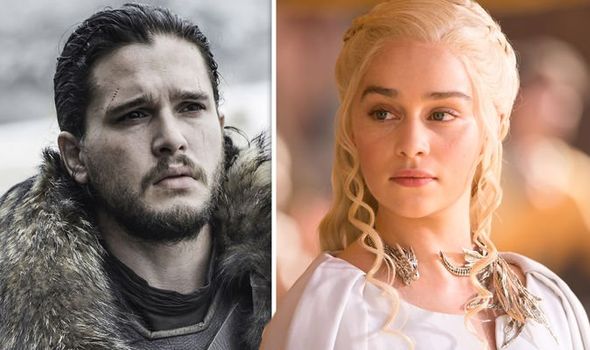 One user commented: “He is standing right in front of Lyanna’s statue in the crypts of Winterfell.

“He absolutely knows here that he is Aegon Targaryen, the rightful ruler of the Seven Kingdoms. And he is feeling the burden…”

If Jon does know the truth in this scene, Daenerys certainly does not look like she is too angry about it.

However could Jon have decided to keep the truth form Daenerys if he found out? And if so, why?

With the truth about their lineage on the cusp of being revealed, could the couple split up just before the war begins in earnest? 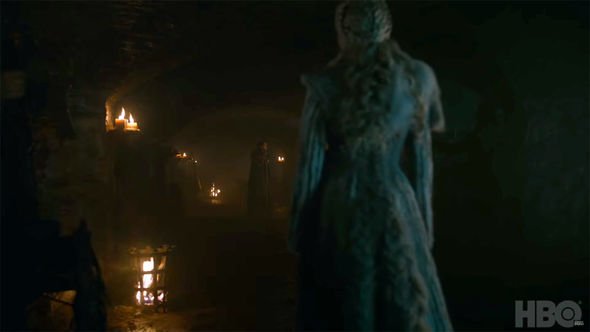 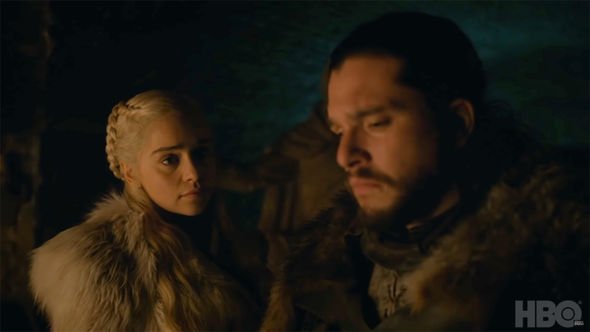 Recently Visme, a data visualisation tool, has pegged Euron Greyjoy (Pilou Asbæk) as the next person to die.

According to their data he is the favourite to die at 40.8 per cent.

His niece, Yara (Gemma Whelan) sits with a 16.7 per cent chance of dying next, which doesn’t bode well for the Greyjoy family.

But who will be left to defend the house of Greyjoy if they both die?

Game of Thrones premieres on April 14 on HBO in the USA and on April 15 on Sky Atlantic in the UK.