NATHALIE Emannuel has slammed online trolls who sent her racist abuse and announced that she will be reporting them to police.

The Game of Thrones actress, 30, claimed that the torrent of vile abuse came after she spoke out on the tragic New Zealand terror attack. 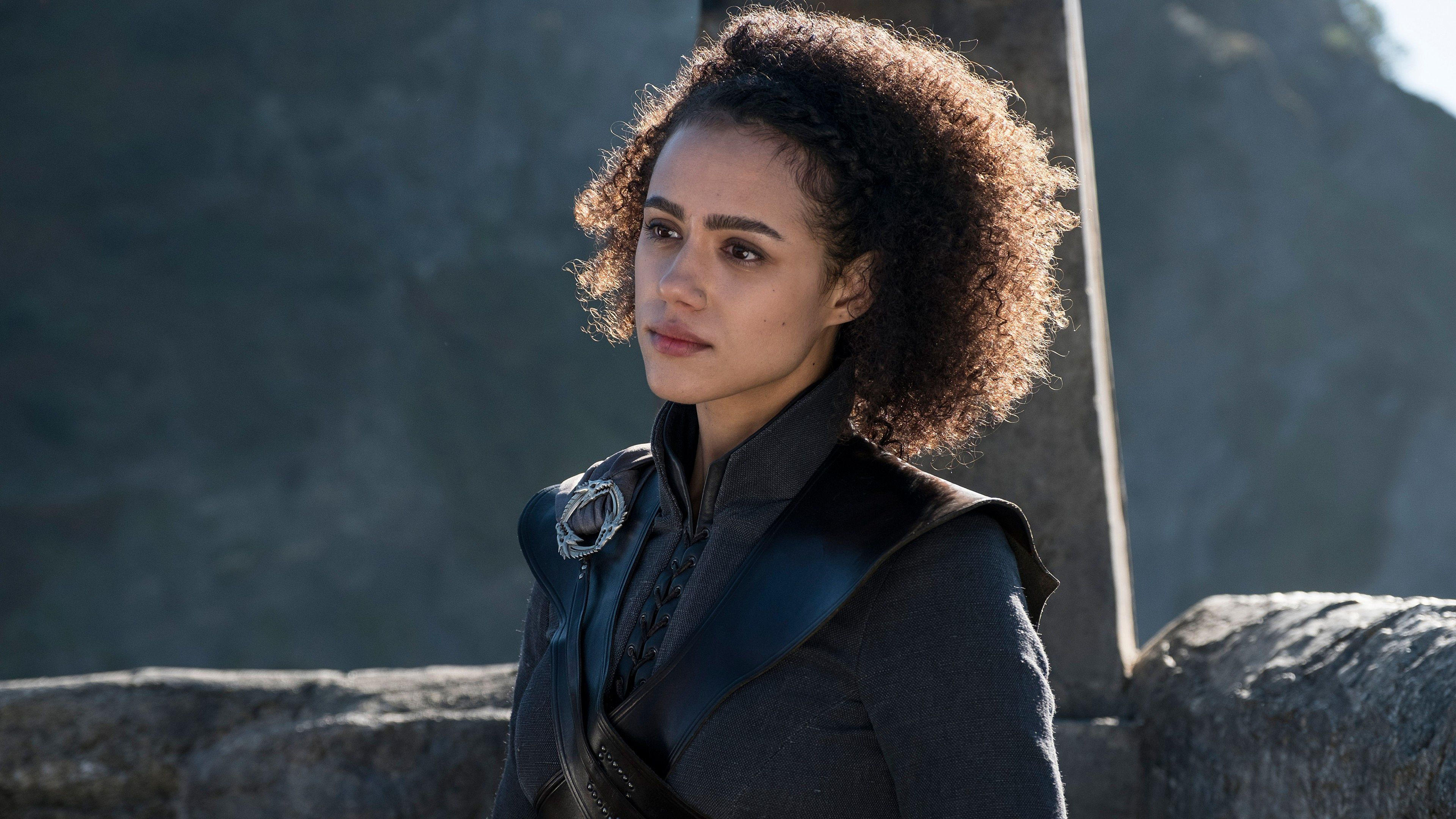 Nathalie tweeted: "So to people who think it's acceptable to send me racist abuse to get me to notice you… I have all the time in the world to just block your stupid a**e.

"I will never stop reporting you. I will never EVER respond to you… I have reported others to the police… Also f*** off!"

The second tweet read: "You know this s*** always happens when I've spoken out in support of a minority community like I did in the event of the mosque attack by white supremacists yesterday 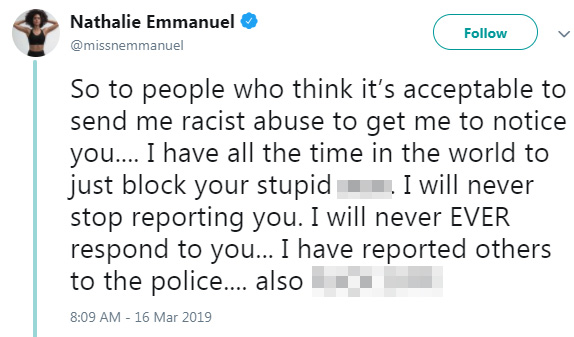 Fans flocked to defend Nathalie and praise her for the dignified way in which she handled the cruel abuse.

One put: "Thank you for being brave… My respect for you went up to a whole new level!"

Another told Nathalie: "We are right behind you and supporting you." 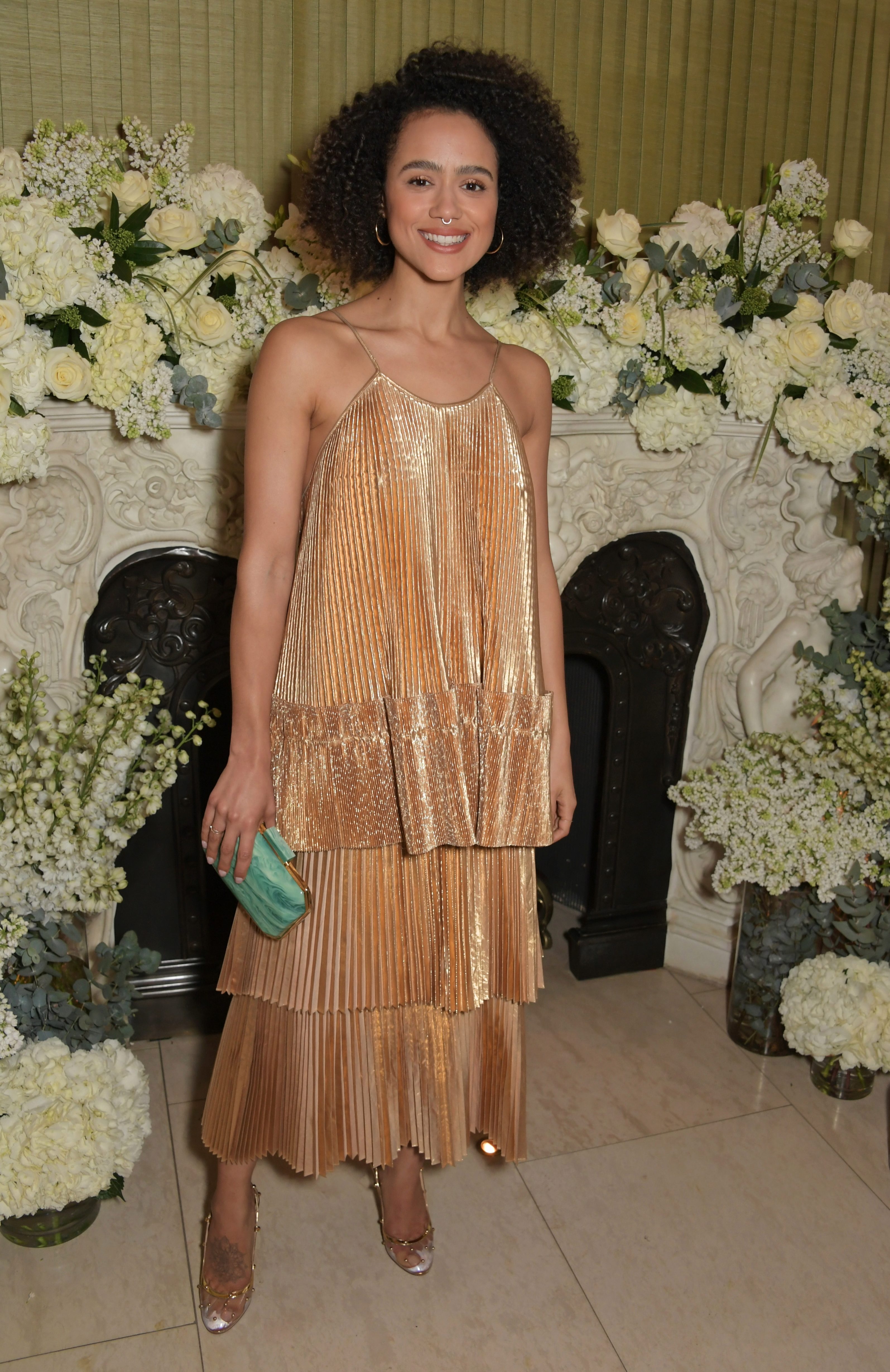 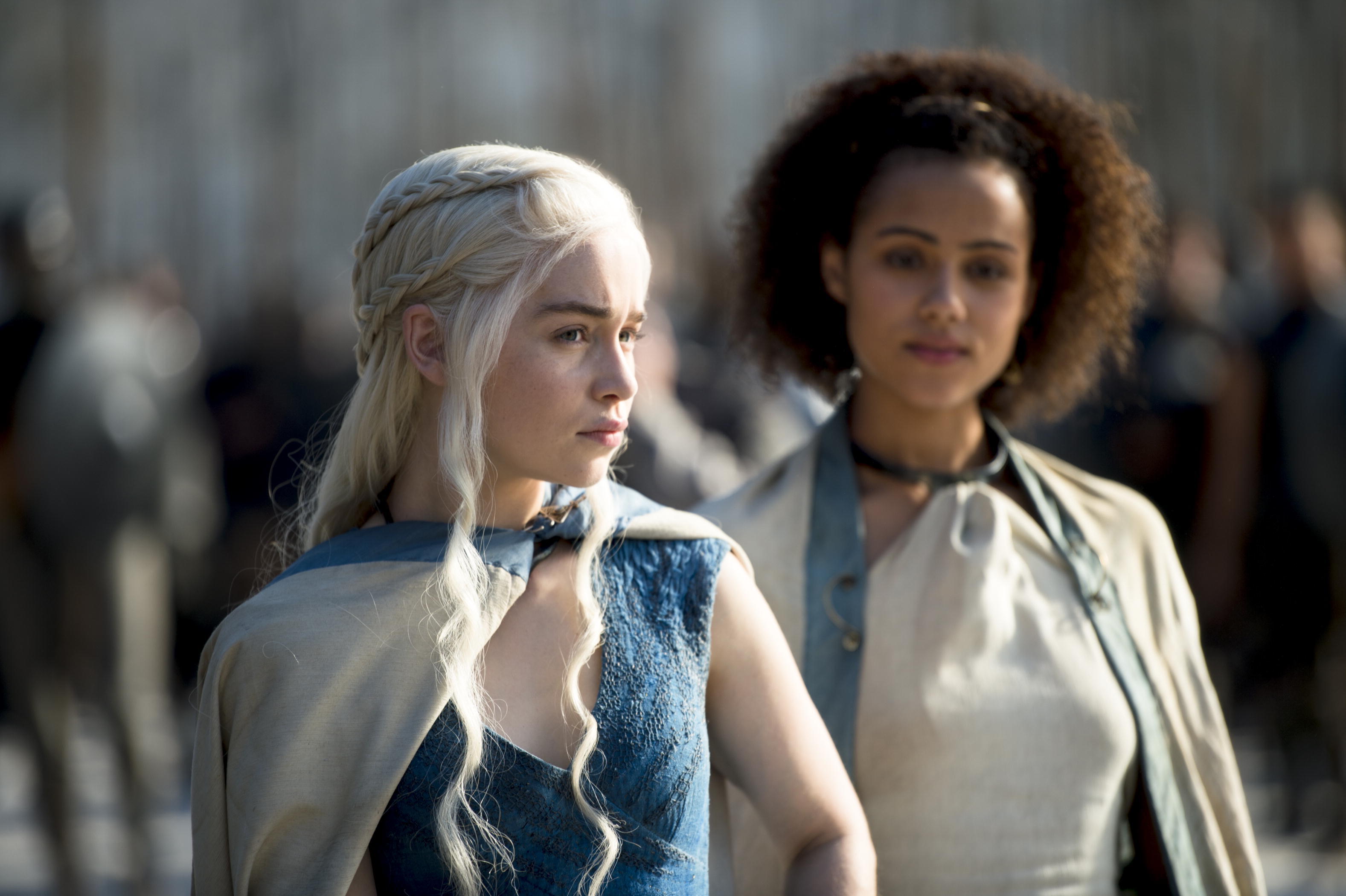 Next month will see Nathalie reprise her role of Missandei in Game of Thrones' finale season.

She recently promised fans a "bittersweet" ending to the "brilliant" season eight, explaining: “It’s going to be amazing and better than any series we have had so far.

“It does the final series justice, it is so brilliant.”