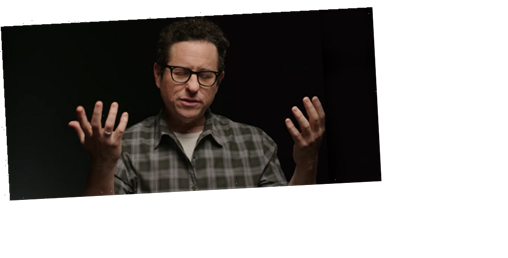 Hot on the heels of the recent news that HBO Max has J.J. Abrams‘ Bad Robot production banner developing a new series focusing on the DC Comics character Constantine, the streaming service has picked up an original series called Subject to Change from the filmmaker.

HBO Max sent out a press release announcing the order of Subject to Change, an original story by Abrams himself. Jennifer Yale, a writer and co-producer on FX’s Legion, will act as executive producer and showrunner. She’ll be joined by Bad Robot’s Ben Stephenson, and the company’s Rachel Rusch Rich will service as co-executive producer.

So what’s the show about? The brief synopsis provided by the streaming service says the series follows a desperate college student who signs up for a clinical trial that begins a wild, harrowing, mind and reality-bending adventure. Sounds like exactly the kind of series we’d expect from Abrams, and that adventure is bound to be full of twists and turns as well. Abrams said in a statement:

“It’s been incredible fun weaving this rather insane yarn with Jenn, and I am grateful to her and everyone at HBO Max for the opportunity to bring this story to life.”

Jennifer Yale also added in a statement, “I have felt so privileged to work with J.J. and Bad Robot on expanding J.J.’s exhilarating story to create a twisty, thought-provoking thriller where almost anything is possible and yet everything is planned. Now partnering with HBO Max to make it a reality is a dream.”

For HBO Max, head of original content Sarah Aubrey said, “We cannot wait to bring this complex, eye-opening thriller to HBO Max. It will take viewers on an unexpected ride, showcasing the creative brilliance of J.J., Jennifer and the Bad Robot team.”

In the fall of 2019, J.J. Abrams signed a $250 million deal to write, produce, and direct projects for WarnerMedia, which included the possibility of various movies and TV shows for HBO Max. The streaming service will undoubtedly be taking full advantage of Abrams and all the original ideas that Bad Robot has to offer. But they’re also letting Bad Robot play with established intellectual property as well, including a new series based on The Shining and another DC Comics title in the form of Justice League Dark. It’s just the beginning of what promises to be a lucrative deal for Abrams and HBO Max.