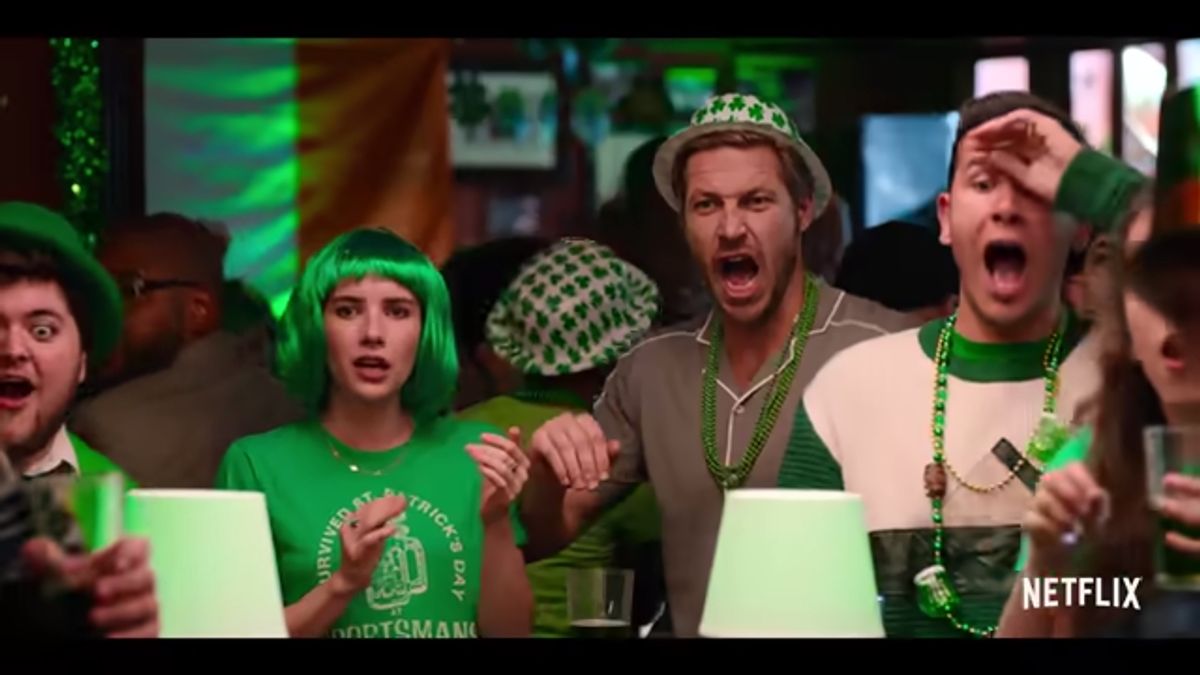 Sadly, the rom-com movie’s material does not lend itself to illustrate the many talents of the actors who took on this task.

For starters, the all-too-frequent use of profanity tended to be gratuitous. Even though Roberts (American Horror Story) as single woman Sloane used swear words with ease, there was no reason for her to be spouting them.

Then there was Jackson’s (Luke Bracey) antiquated take on women. The Australian actor, who kept his homeland’s accent in Holidate and who was often quite charming in his role, said so many things with which modern American women would definitely take issue.

At one point, he uttered, “…chicks go mental on the holidays.”

Another time when talking about the dating arena, he said that “girls get clingy.”

During the film, he also spouted that women “are hard-wired to attach and procreate.”

What exactly is a holidate?

In general, this extremely trite rom-com directed by John Whitesell featured characters who just wanted to have fun. They were inclined to do so while not needing to repeatedly be asked “where’s your date?” whenever these singletons showed up at holiday parties sans their plus one.

Earlier this month, Roberts described the meaning of “holidate” to Jimmy Kimmel by saying the word means someone who finds a partner for the holidays so that you don’t feel like you are “a single loser.”

In speaking those words, Roberts inadvertently also came across a way to categorize the entire movie.

How did Sloane and Jackson meet in Holidate

The story is a simple one.

After sadly enduring their own personal Christmases, Sloane and Jackson accidentally met at a mall after Christmas.

They compared notes and quickly decided to fool everyone by becoming a fake couple who were actually just platonic friends. As such, they teamed up for a slew of holiday parties so they could enjoy themselves while not being attached in real life.

The idea to do this came from Sloane’s Aunt Susan, comedically played by Kristen Chenoweth. Near the end of the film, one of her pretend dates experienced a heart attack after arriving to share Thanksgiving with her extended family. Grabbing Sloane to keep her company, the pair took off in the ambulance to take Susan’s sick faux suiter to the hospital.

There, Sloane’s aunt accidentally ran into a previous holidate – a doctor named Farook (Manish Dayal). The two locked eyes and then admitted to being in love with each other. Cue a happy ending to their story.

Not surprisingly, after sleeping together and regretting it, Sloane and Jackson ultimately fell in love with each other as well.

Following their massive fight toward the end of the movie, they got together at the mall (of course) where she was going up an escalator as he was going down on the other side.

At first, Sloane was against chasing after Jackson because, well, it wasn’t a holiday and so she did not need a holidate on that particular day. Besides, their nasty argument was never resolved.

But then the blonde beauty’s tiny relative gives her a push in the right direction.

Even though Holidate’s ending was predictable, the lead actors did get to take part in several funny sight gags during the course of the film.

However, those moments often rang silly rather than actually adding very much to the storyline.

For instance, on the Fourth of July, Jackson blew off one of his fingers as he hurled a flaming rocket to suit the occasion.

Another example happened as Holidate began. After she smoked a cigarette during a stolen moment safely away from a holiday crowd and before she headed into her mom’s house, Sloane stubbed out the butt on top of a large plastic Santa. 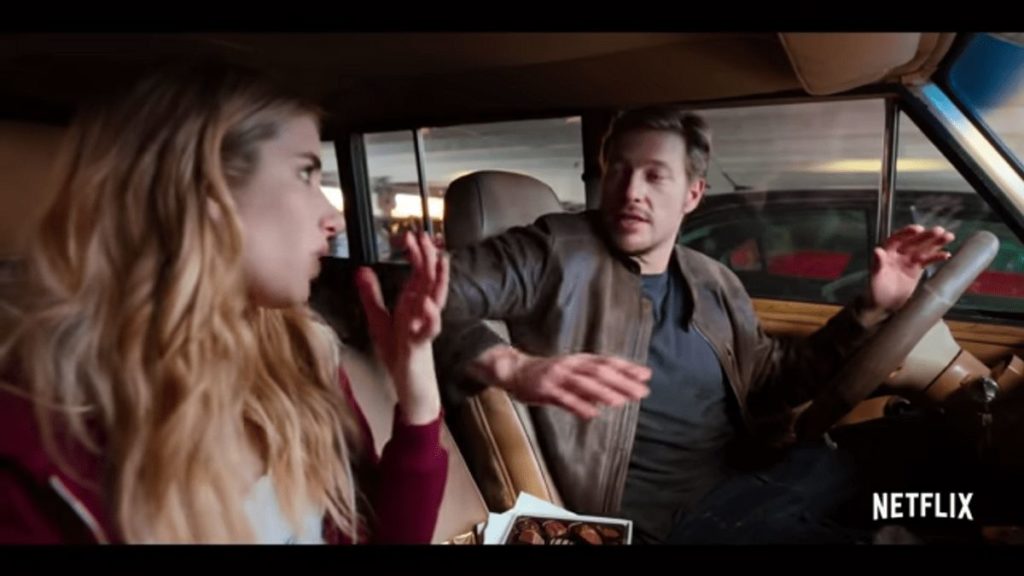 Then, during a New Year’s Eve holidate when the two were dancing, Jackson was moved by the music playing. It was The Time Of My Life from Dirty Dancing, and caused the leading man to predictably utter the film’s famous — and extremely overused — line, “Nobody puts Baby in a corner.”

As the crowd parted, the pair went into action. Jackson did as Patrick Swayze’s character Johnny did in the classic movie, and he caught a running Sloane as she jumped into her faux date’s arms. In doing so, she put all her weight on Jackson, whereupon he dropped her.

It led to a collective gasp came from the crowd that had previously been cheering on the couple.

Not only did Sloane go splat on the ground, but as she fell, so did the top of her dress, causing her breasts to be exposed.

“Nobody drops Baby on her head,” she quipped while pressing an ice pack to her chest.

Nobody also needs to watch a repeat of that seminal scene.

And so, given all of these reasons why Holidate is not the best rom-com in the universe — unless you just need background noise while you pursue other, more pressing matters, like reading texts on your phone — skip this fresh film.

Instead, consider one or more of the great movies released on Netflix this month.