HOLLY Willoughby made sure all eyes were on her as she arrived at Emma Bunton's Christmas Party last night.

The mum-of-three looked very festive in a sexy minidress as she let her hair down at the star-studded bash. 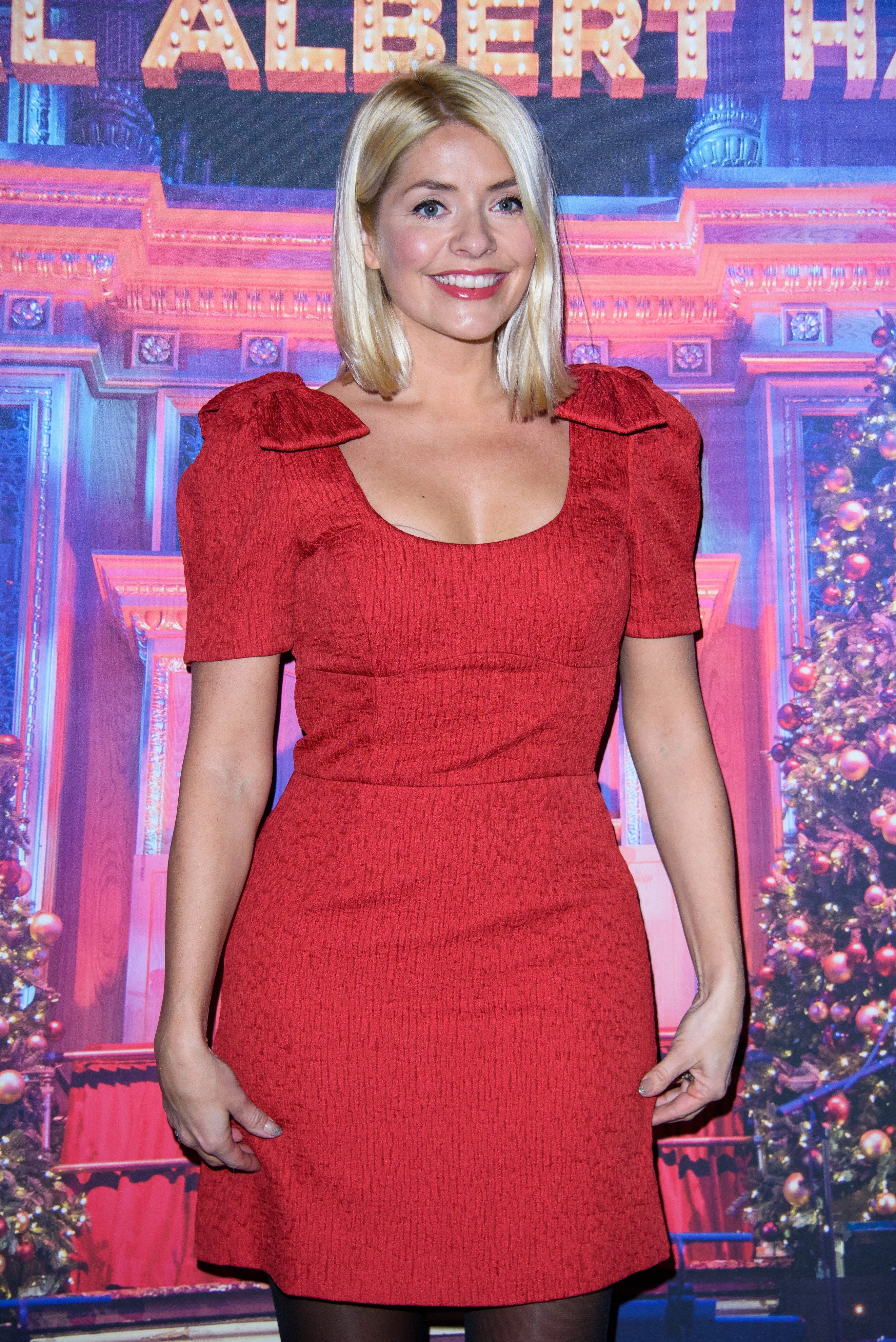 Flaunting her slender frame, the blonde TV presenter opted for a red Rebecca Vallance number, which featured puffed sleeves and bow detailing on the shoulders.

Holly, 38, teamed the fitted garment with a pair of black tights and matching heels as she posed with her hand on her hip.

The This Morning star was joined by Kelly Brook at the Christmas bash, which was held at London's Royal Albert Hall.

Kelly, 40, highlighted her enviable curves in a sparkling silver dress – which clung to her figure in all the right places. 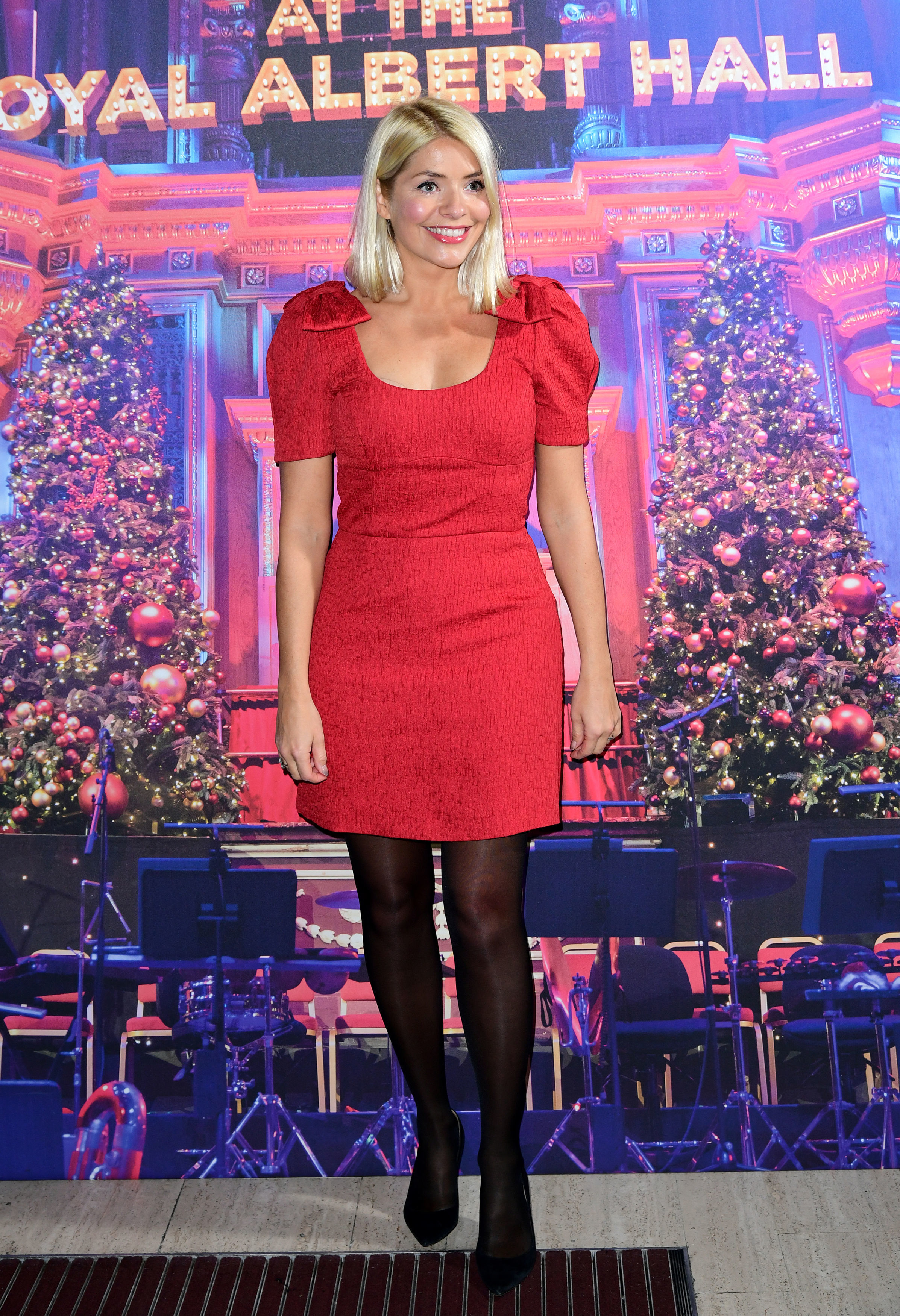 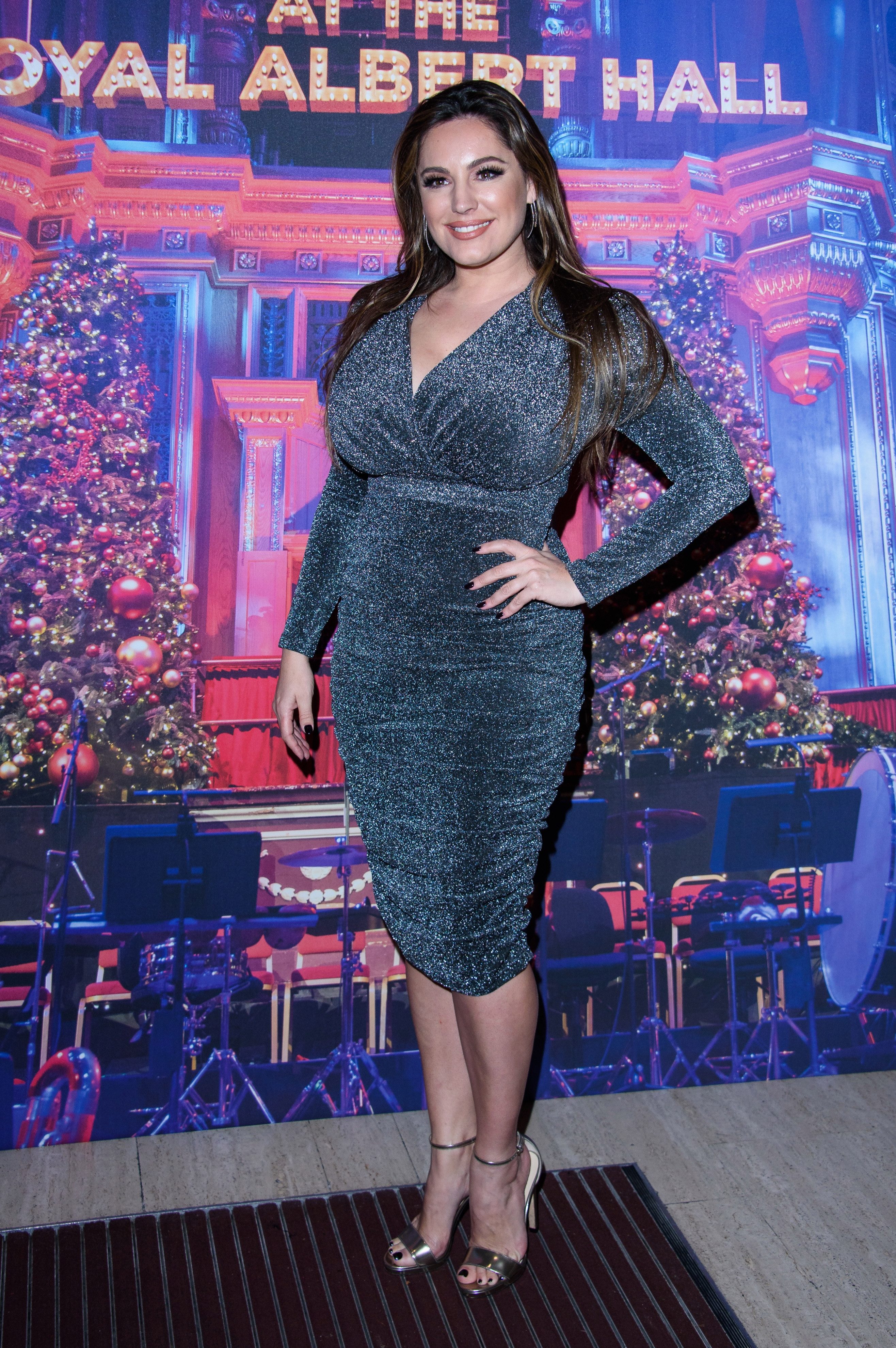 The brunette model teamed it with a pair of silver stilettos and cuddled up to her French boyfriend Jeremy Parisi as they posed for pictures together.

Also at the event was TV presenter Christine Lampard, who looked incredible in a little black dress.

The 40-year-old braved the cold weather as she went bare-legged, but was still sporting an impressive tan. 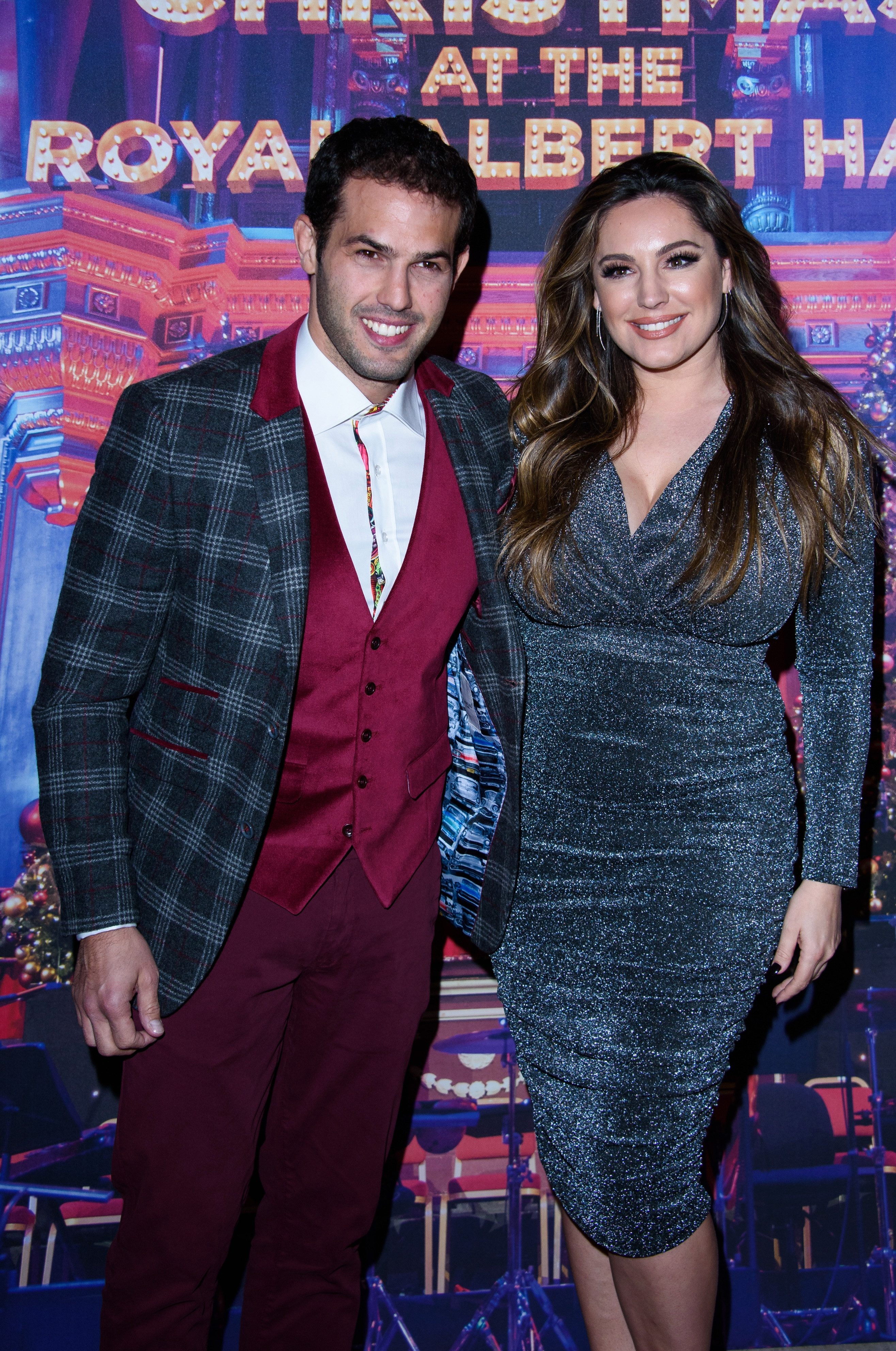 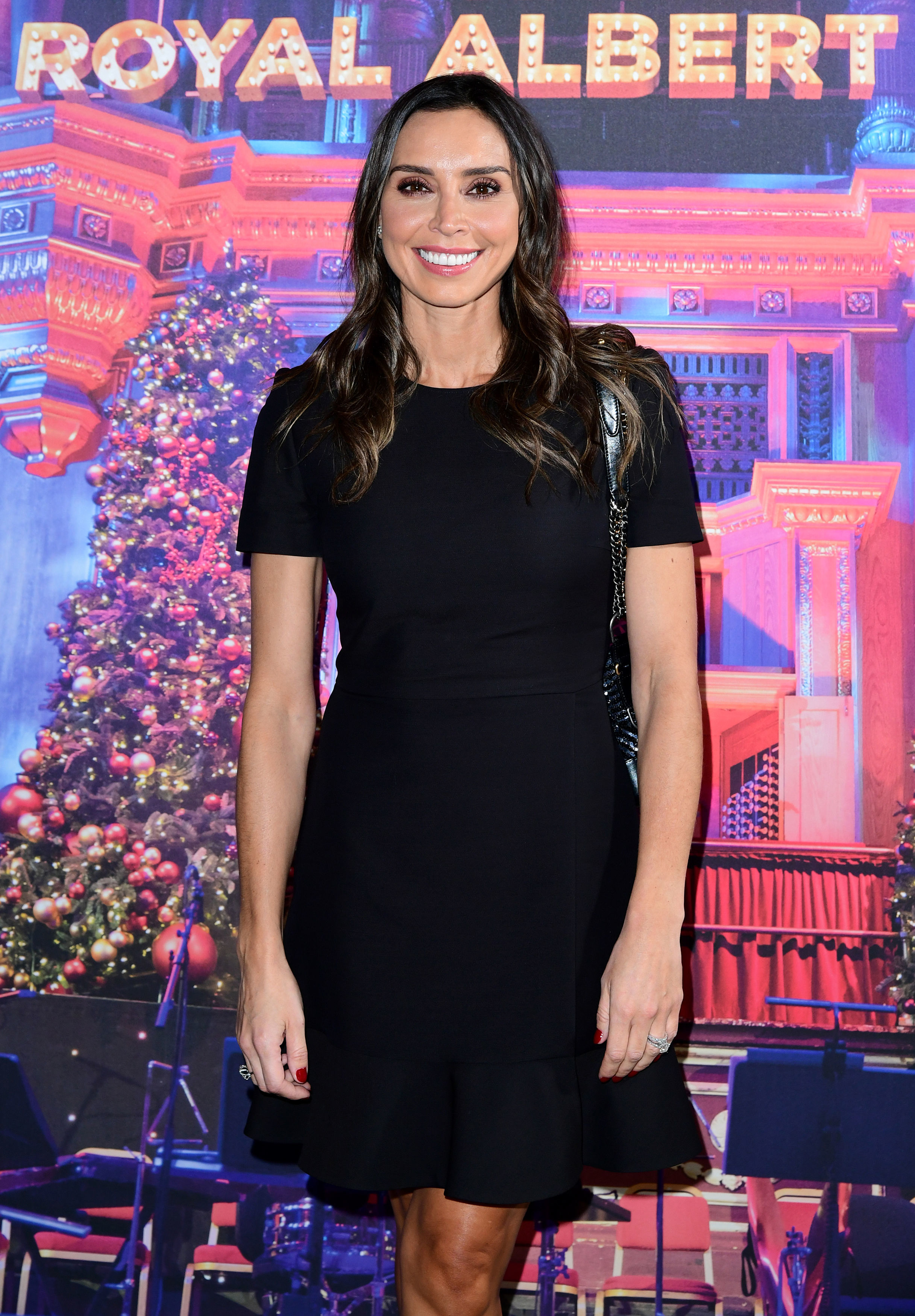 She was joined by former Hear'Say star Myleene Klass, who looked very festive in a pair of wide-legged sequin trousers.

The Smooth radio presenter, who gave birth to her third child in August, paired her outfit with a blue shirt and a smart black blazer as she posed up a storm. 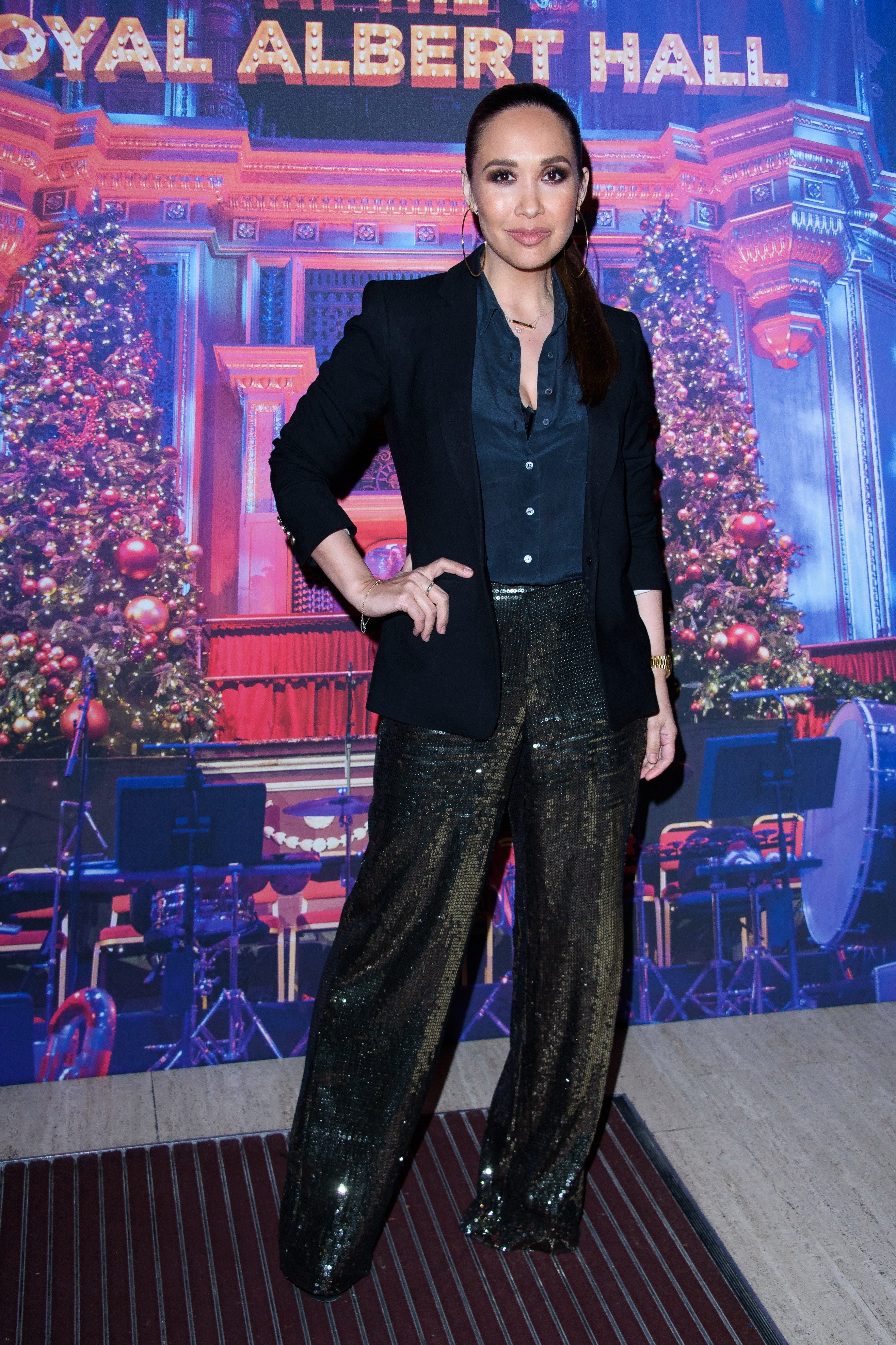 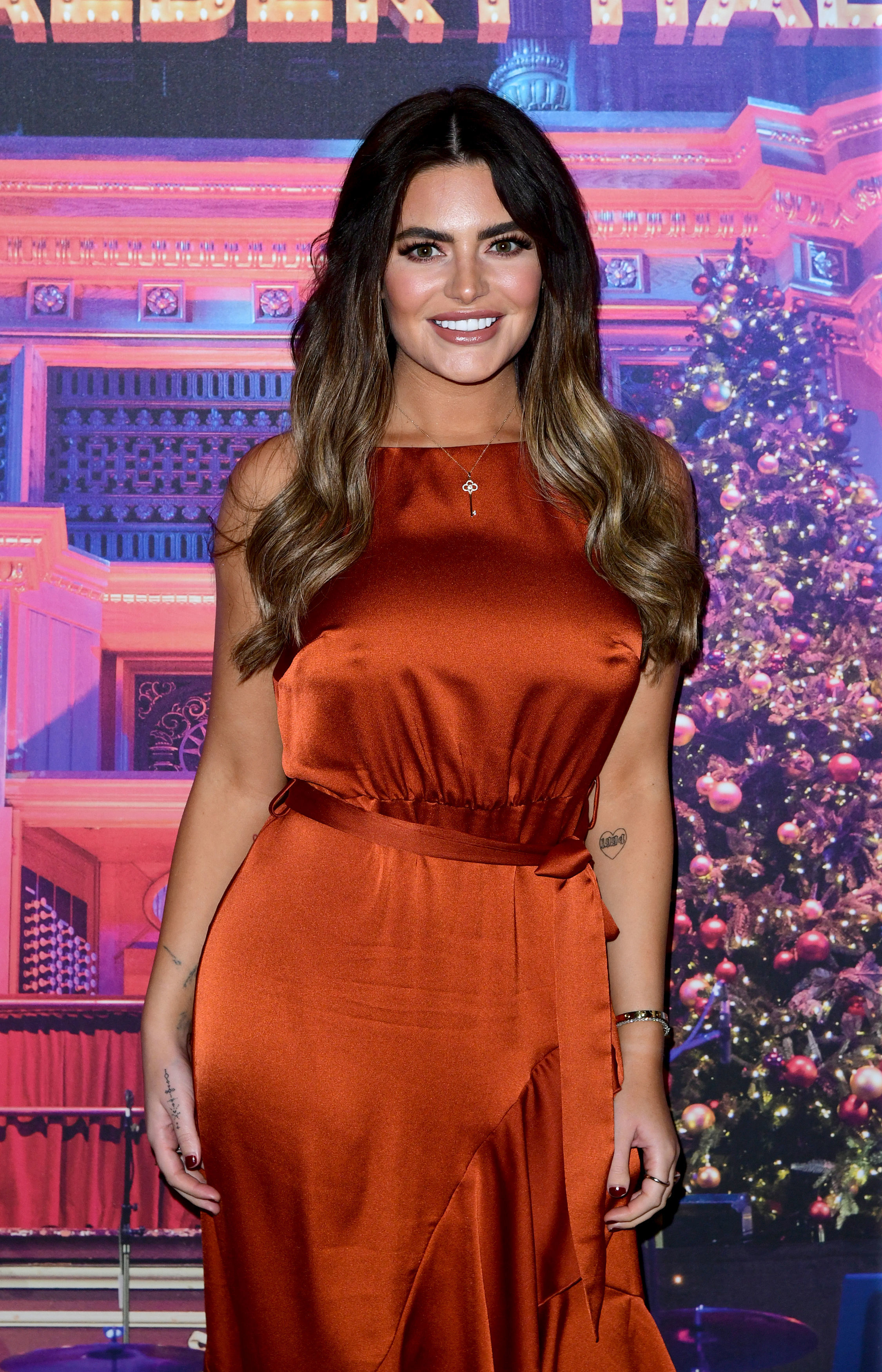 Also, in attendance was Love Island star Megan Barton-Hanson, who looked rather demure in a bronze satin number.

The reality star wore her hair down in loose waves, and completed her look with a pair of nude strappy heels. 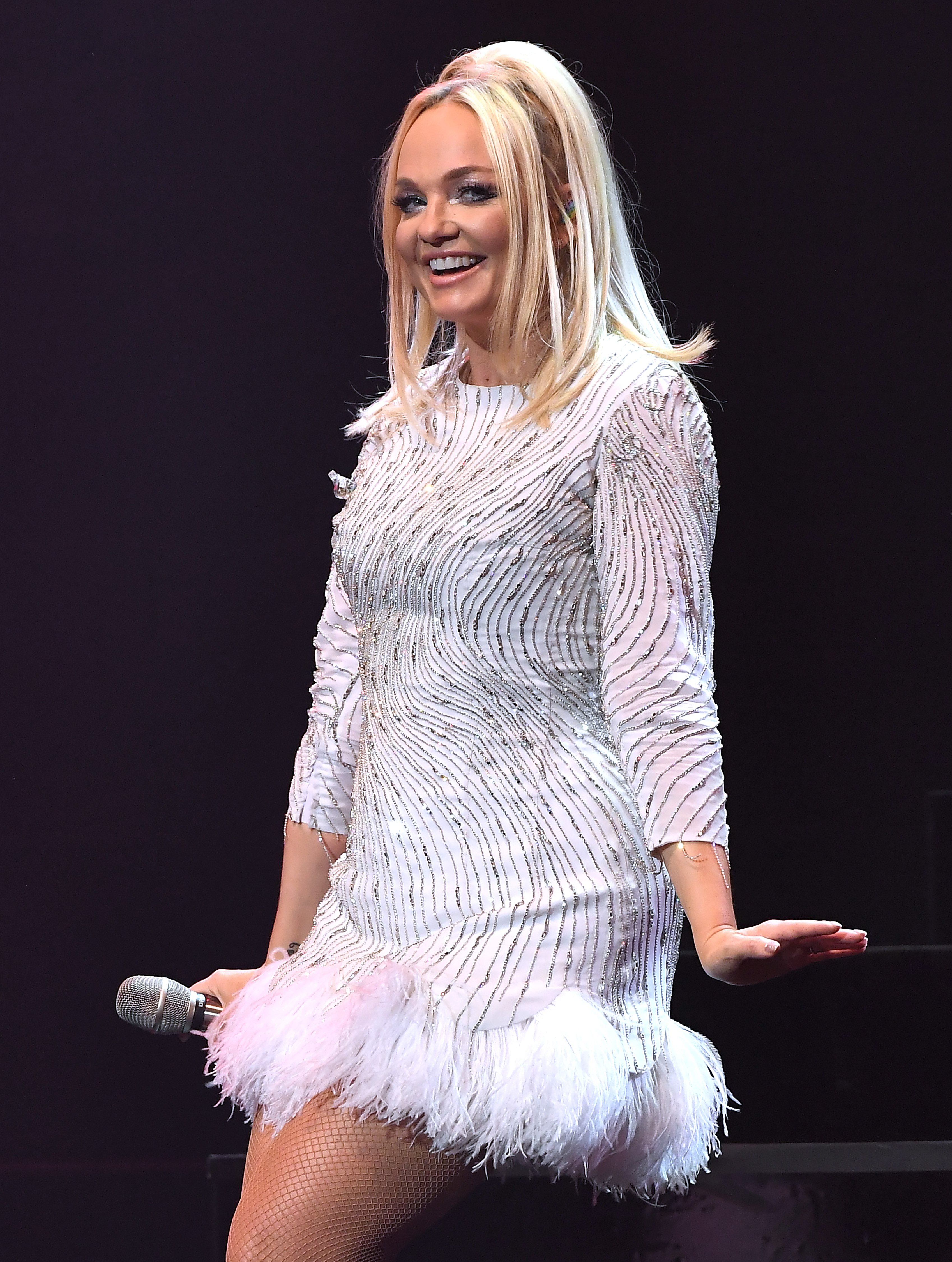 As the stars made their way inside, they were treated to a performance from Spice Girl Emma and her long-term partner Jade Jones.

The mum-of-two looked fabulous in white shimmery dress, which featured a feathered trim and all over sequins.

Emma was also joined onstage by Matt Goss and Will Young, and appeared to be thoroughly enjoying her festive performance.