Inbetweeners star Emily Atack, 28, and and 30-year-old Coronation Street cast member Sair Khan spotted the slithering reptile and ran back to camp to warn the others. 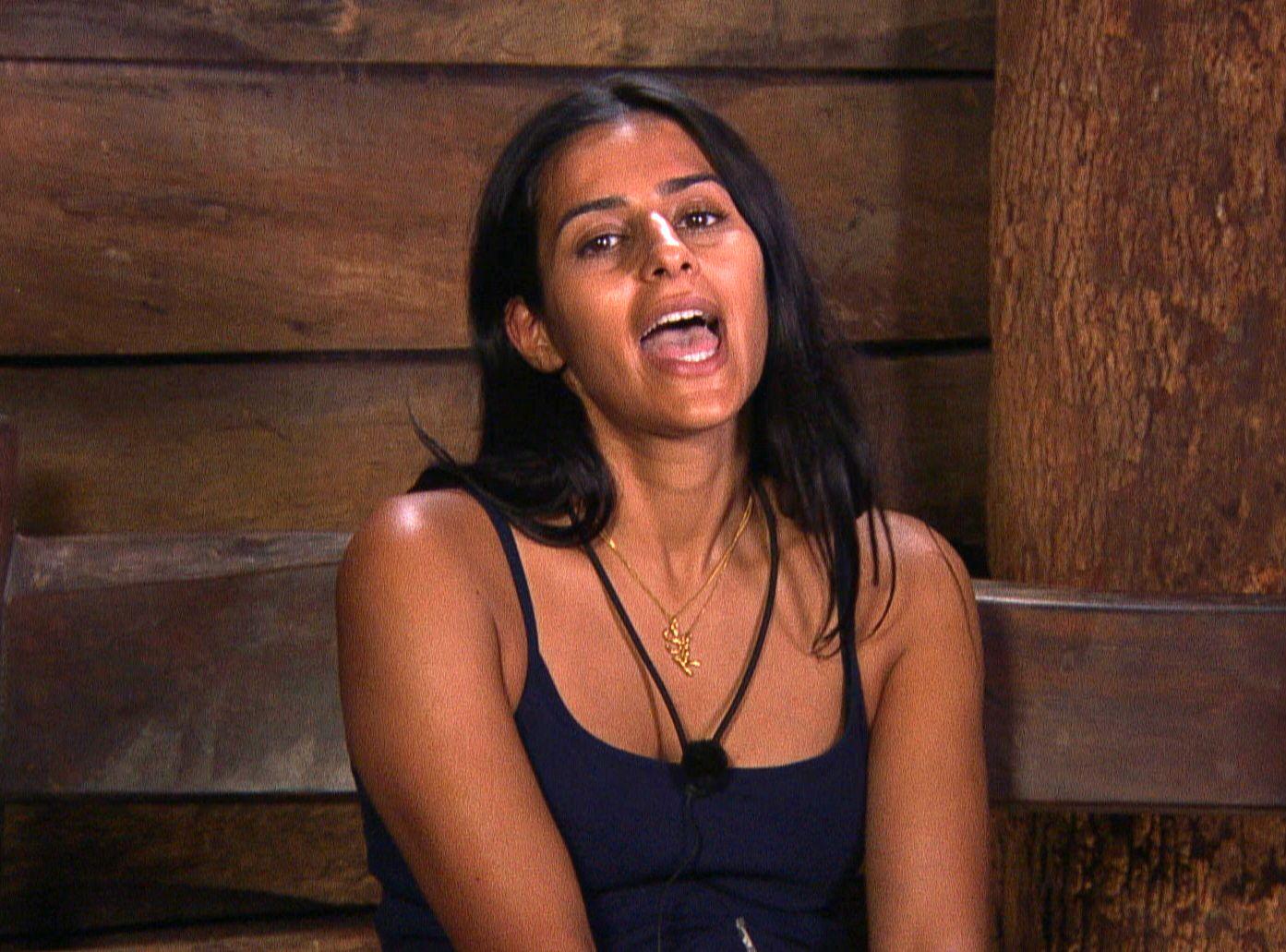 Luckily, the show security was swiftly on hand and quickly set about removing the creature from the shower and taking away from the camp so the stars remained unharmed.

This is not the first time I'm A Celeb's famous shower has been invaded by a knot of deadly snakes that could endanger the stars.

The venomous serpents took haven in the communal washing area days before the show's launch this year, sources told The Sun Online.

A jungle insider said: "There are more snakes than usual about this year and they have been seen in the camp's bathing areas. 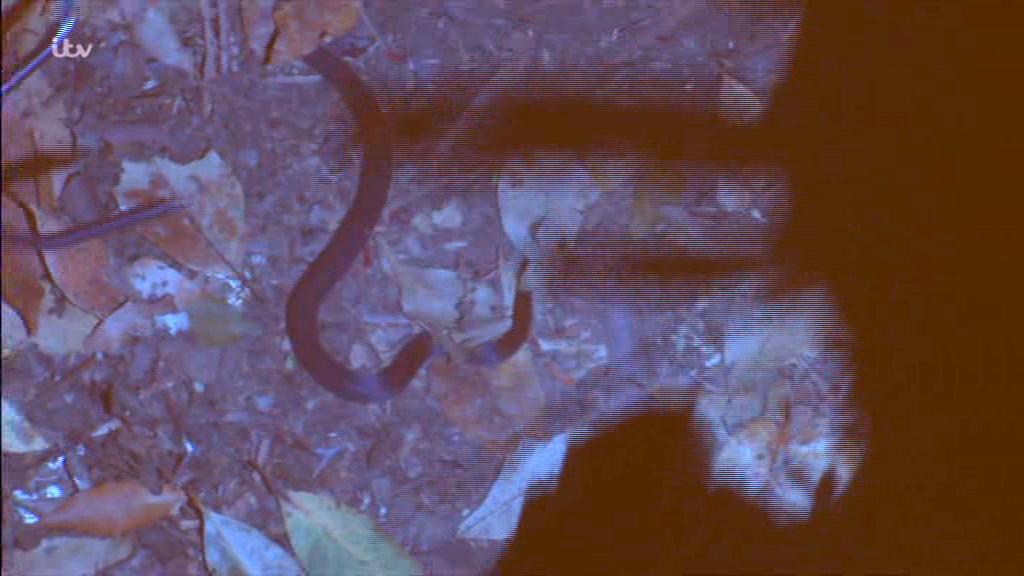 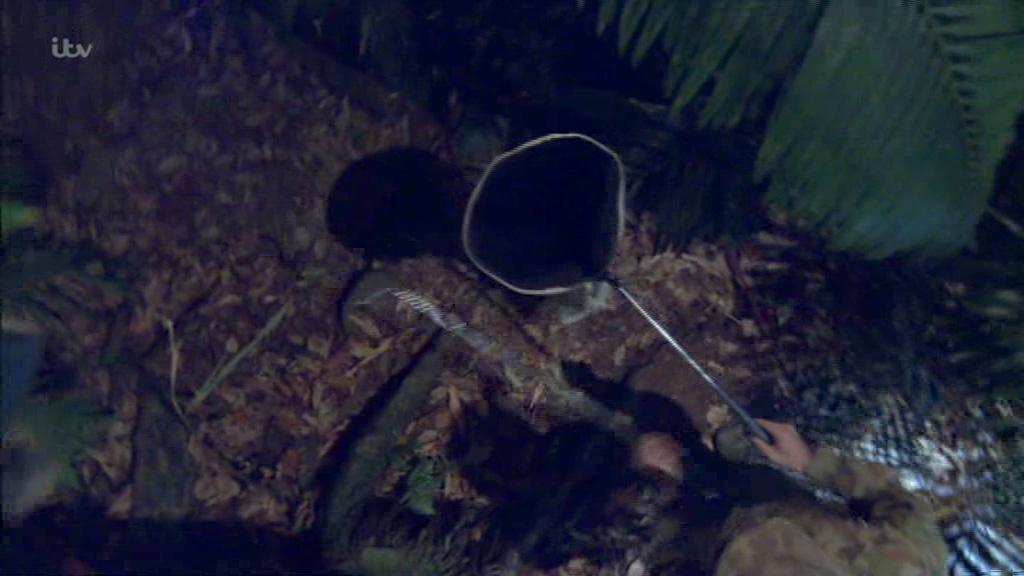 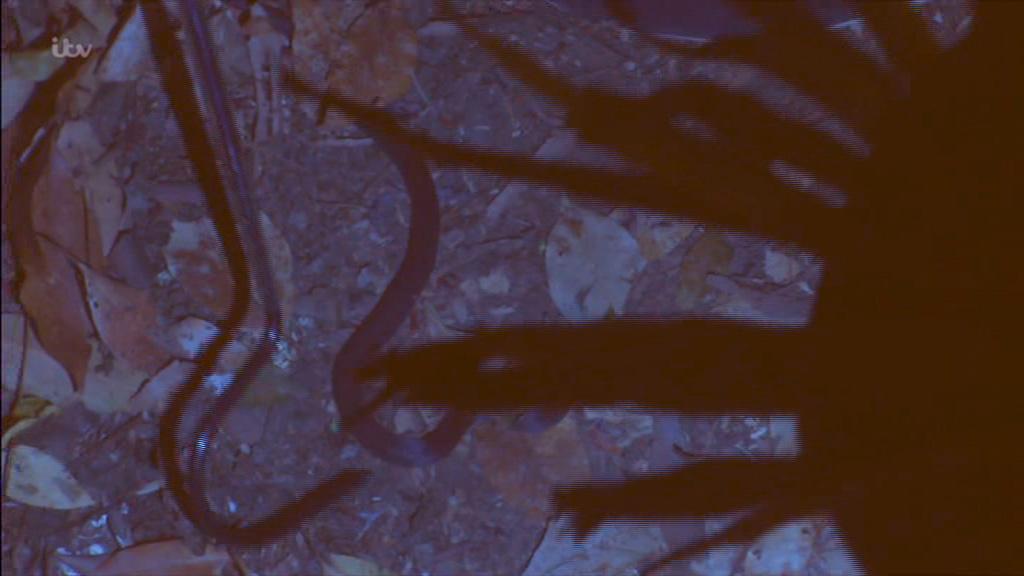 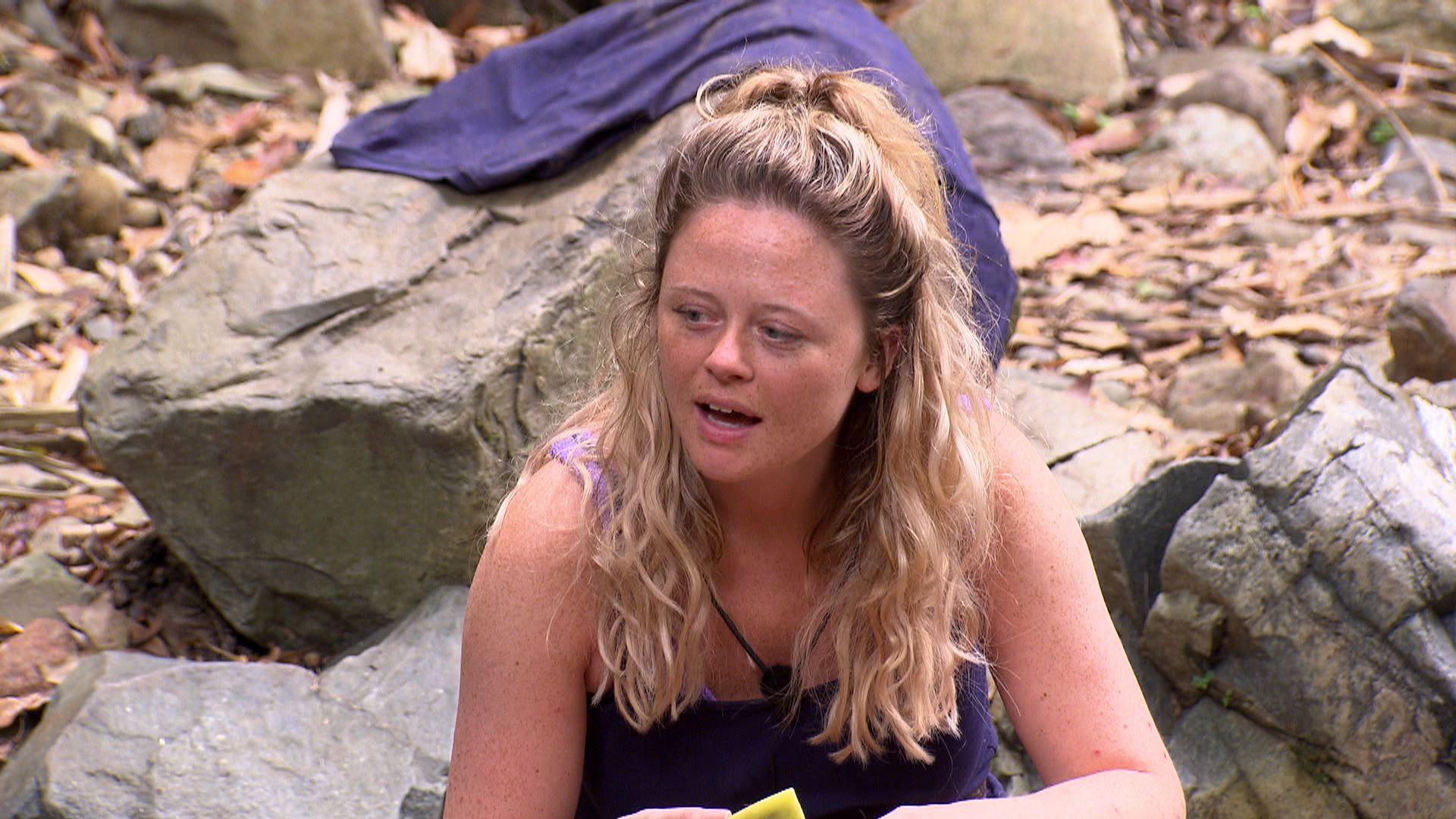 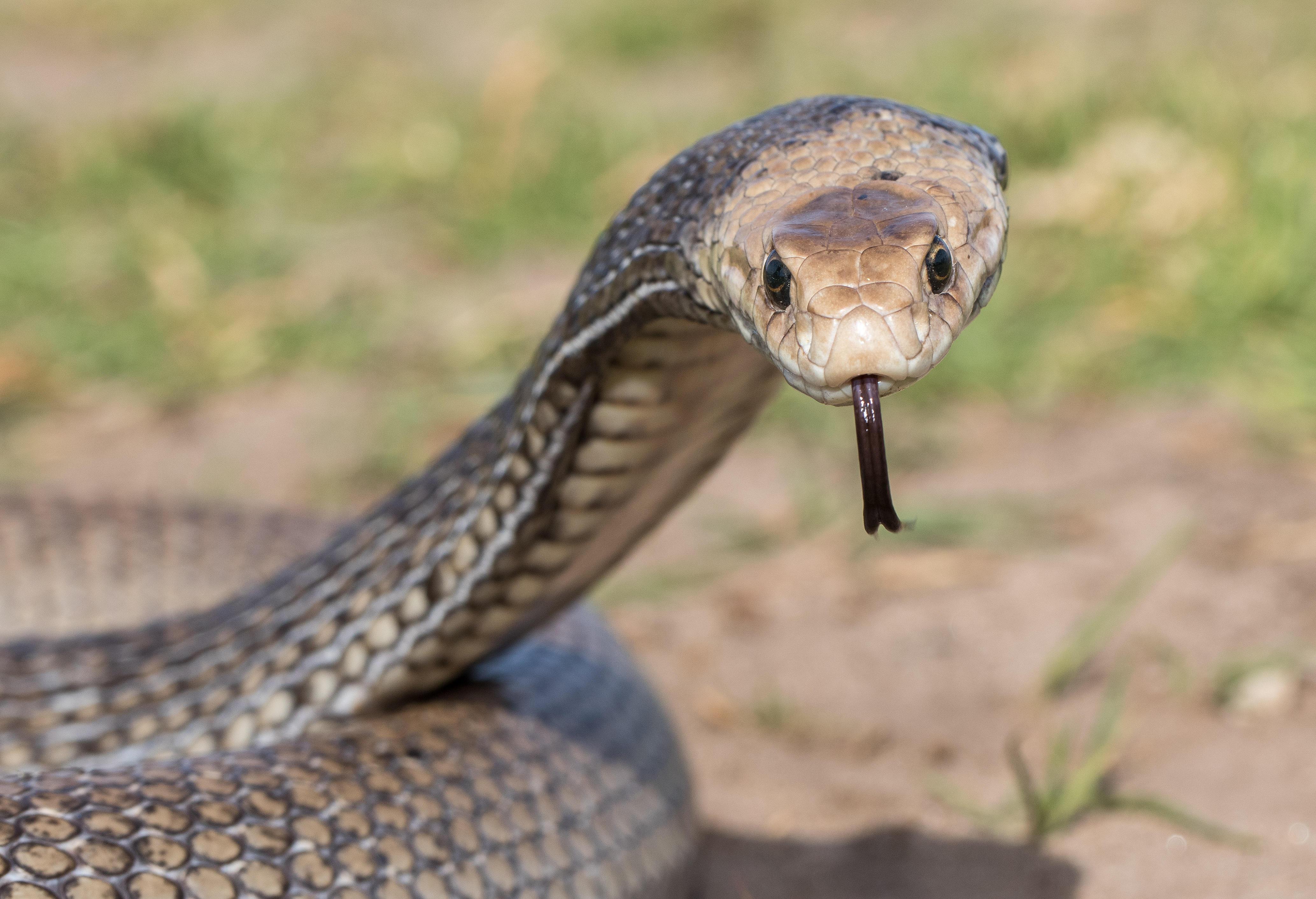 "The celebs had better watch out when they're taking their waterfall showers!"

The pit of snakes in the shower isn't the only area that has been affected by slithering reptiles.

Venomous snake species that celebs have been warned about so far include eastern browns, yellow-faced whip snakes and red belly snakes, with a record number of bites predicted in the area around the camp.

Love I'm A Celeb? Be the first to play our new game The Jungle – win daily prizes and a holiday worth £5K 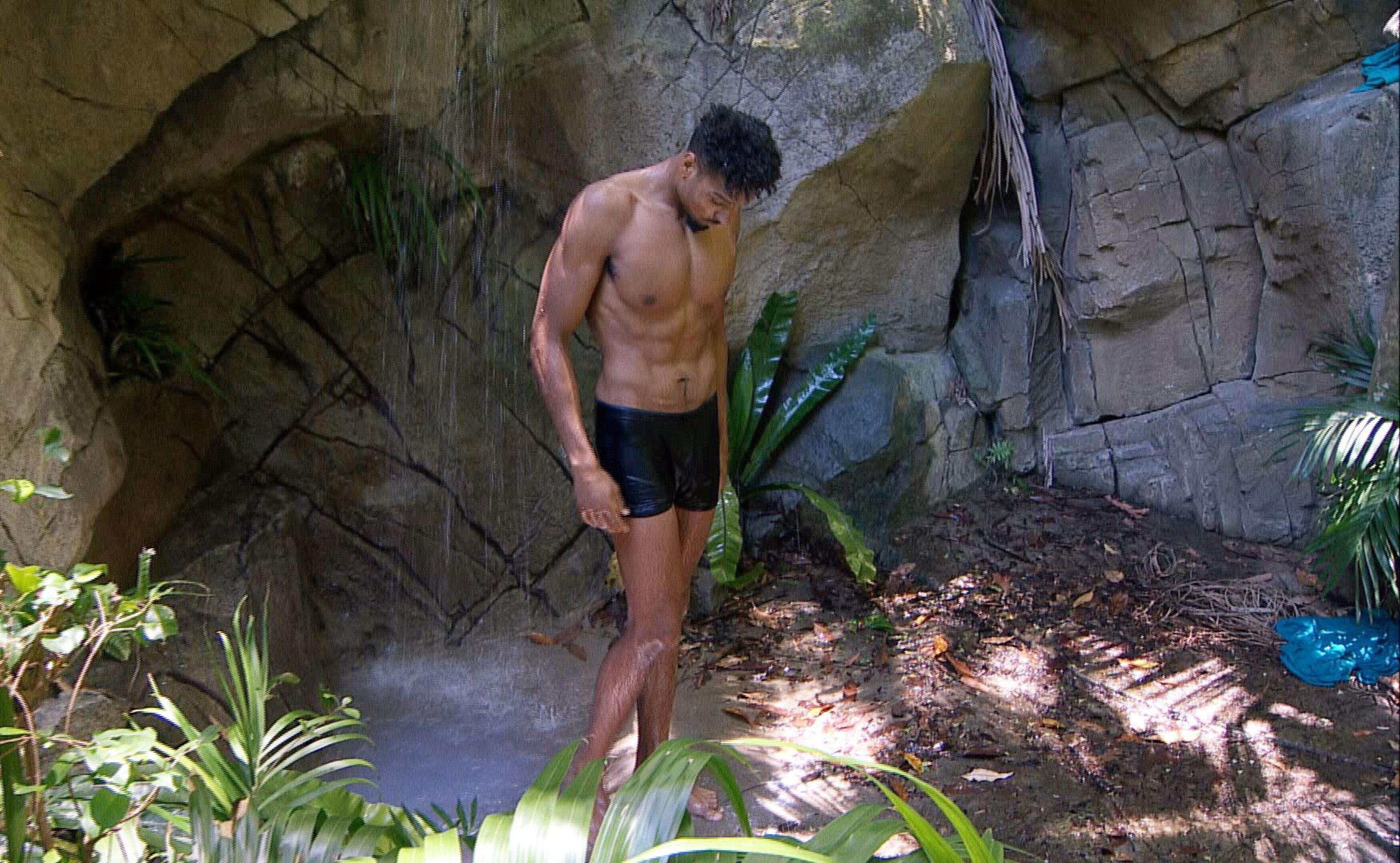 A hot summer has already put the number of bites in neighbouring Queensland up to 661, and with November to February the worse for attacks, the celebrities will hit the jungle at just the wrong time.

The Courier-Mail reported 62 of the bites were from a venomous snake.

The I’m a Celebrity camp is located in Springbrook National Park in the neighbouring New South Wales, and could be expected to see similar increases in snake numbers. 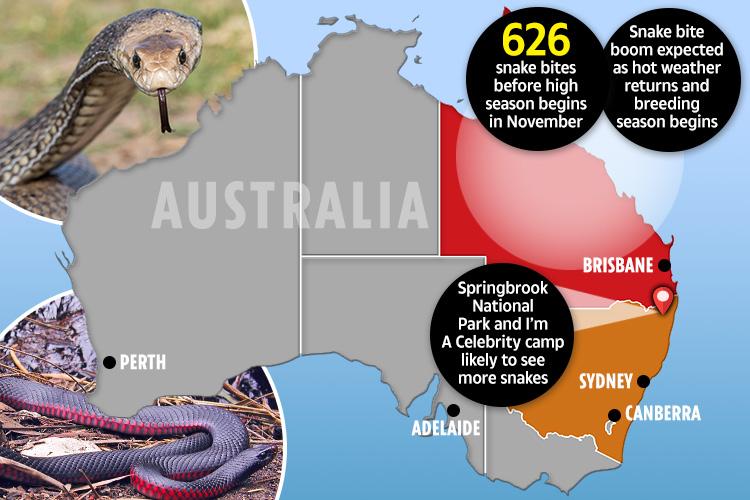 Queensland Ambulance Service figures also suggest Queensland was on track for a bumper year for bites.

Gold Coast professional snake catcher Tony Harrison said the number of call-outs will pick up in December which is a crazy time for catchers in Queensland.

Common non-venomous snakes the celebs will likely have to contend with include the carpet pythons, tree snakes and keel backs. 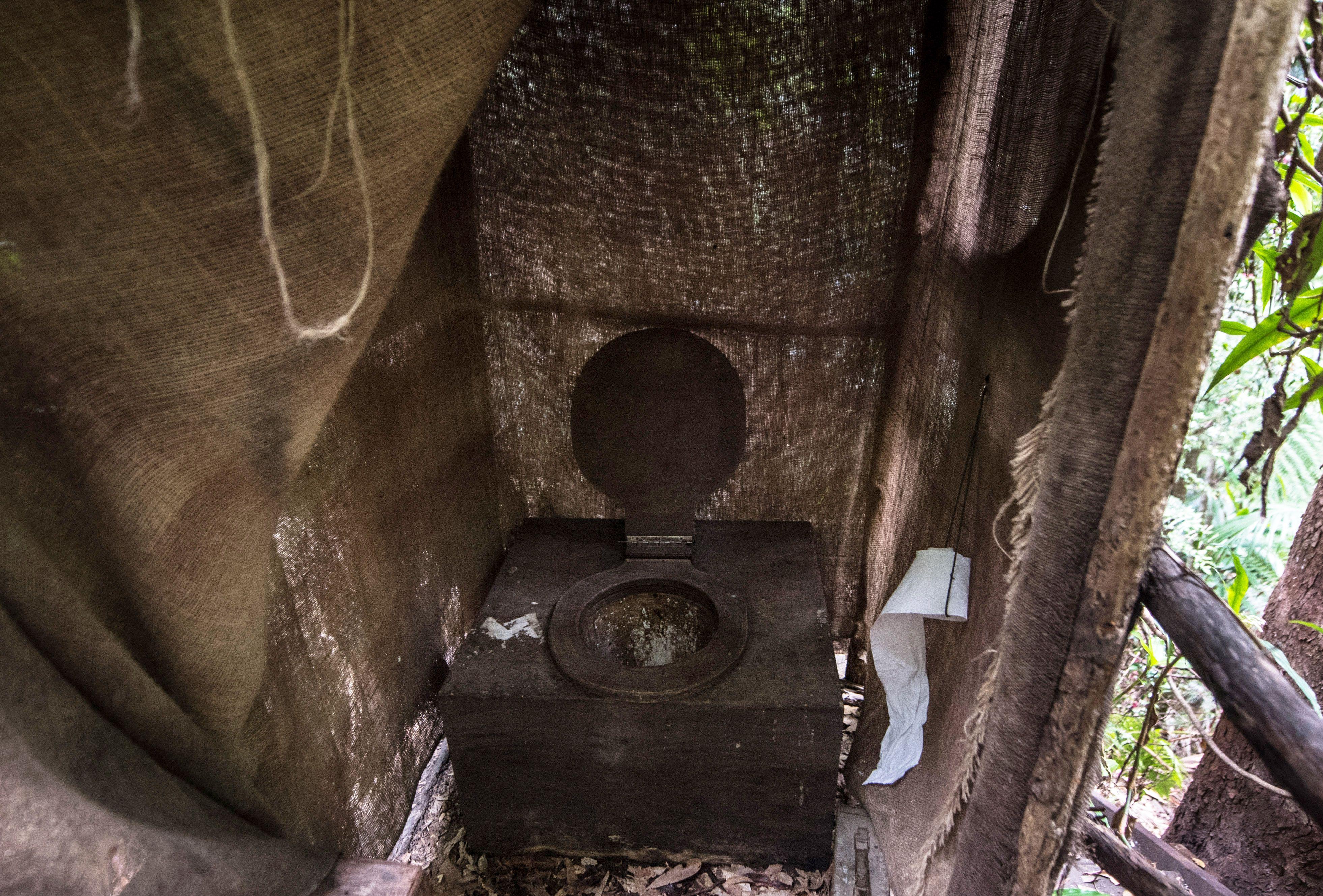 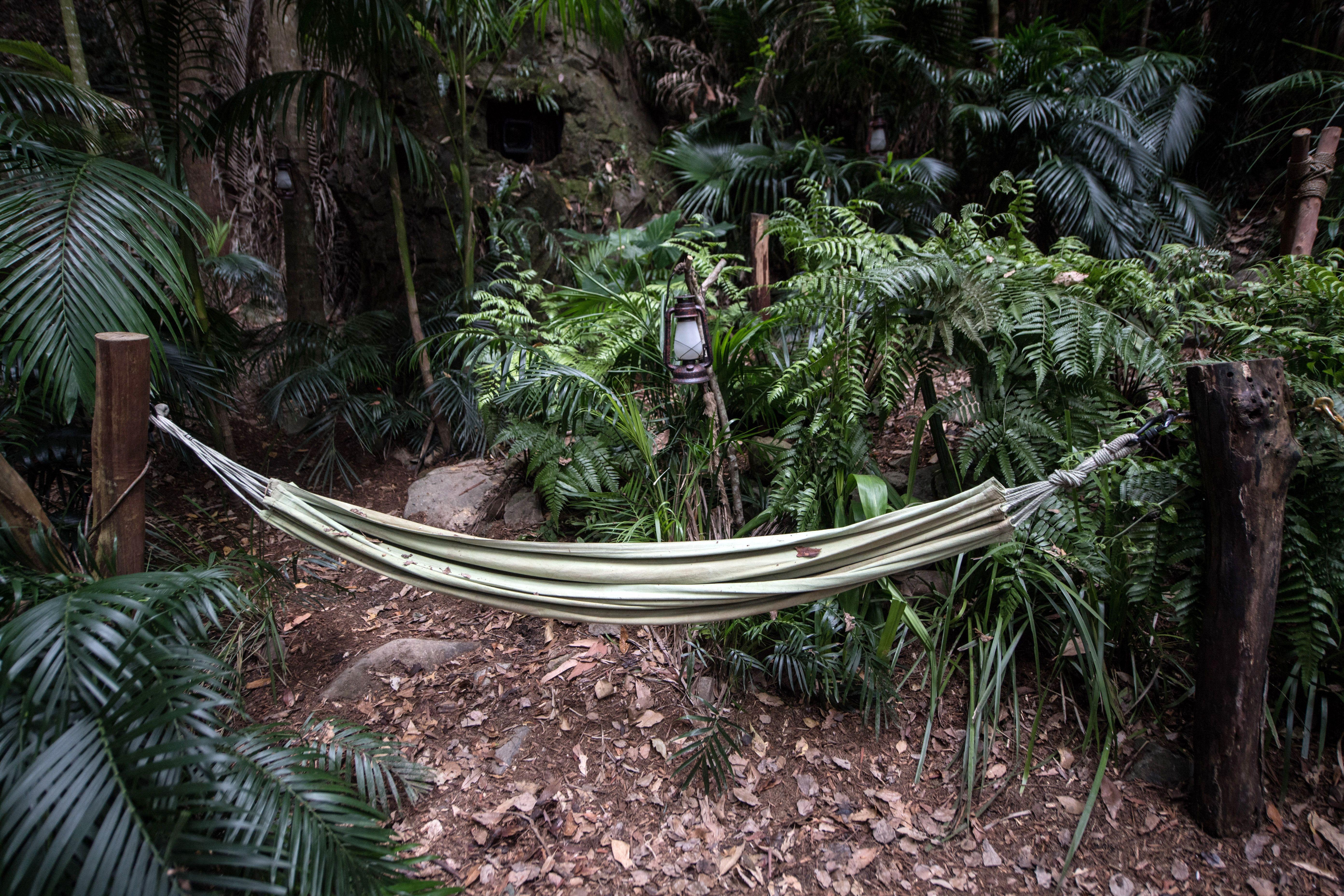 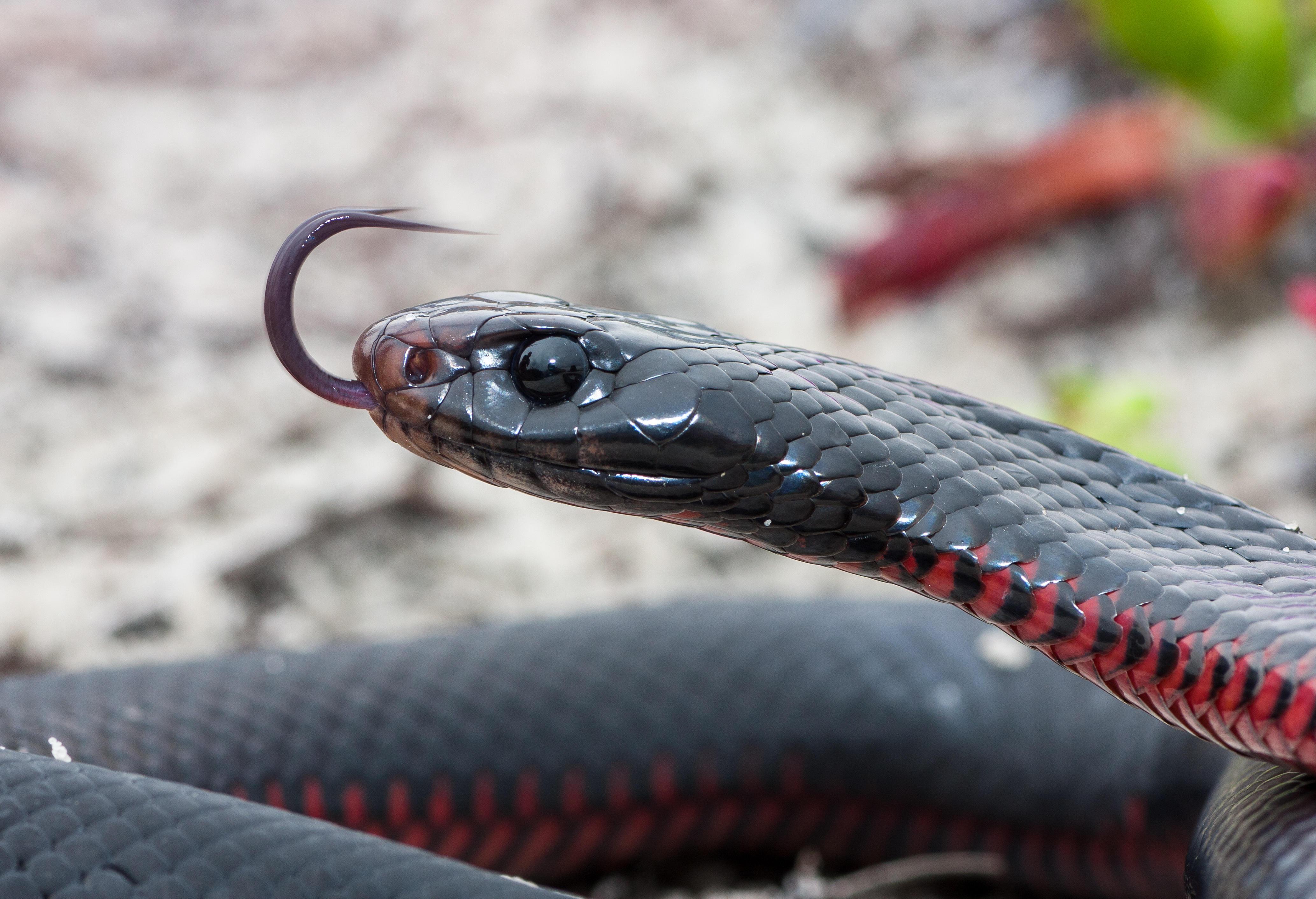 The popular TV show is no stranger to injuries.

In the past Freddie Star was rushed from the set after partaking in a particularly nasty bush tucker challenge.

Meanwhile in 2005, Kimberley Davies, a former Neighbours actress, suffered a suspected fractured rib after jumping 15ft from a helicopter to hit a target floating in water.