I’m A Celebrity… Get Me Out Of Here! continues to deliver when it comes to getting famous faces covered in maggots and eating sheep anus and tonight is no exception.

With Sair Khan absolutely smashing her trial last night, the pressure is on Fleur East as the latest celeb to take on a Bushtucker Trial, which will see her arrive at the Trial Clearing to enjoy a delicious Gore Seasons Pizza tonight (December 2). 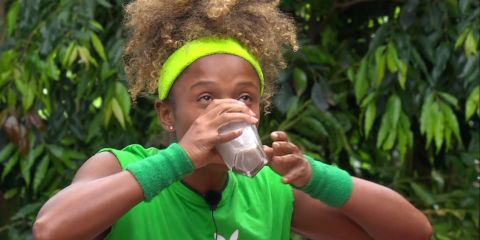 Sadly, she isn’t there to tuck into a cheese feast herself, as what she actually ends up doing is lying in the middle of a huge pizza dough while various nasty toppings are poured on top of her – starting with rotten tomatoes.

Poor Fleur soon has 100kg of rotten tomatoes all over her before then facing 20 kilos of mealworms too, all the while she tries to crack open a huge tomato shaped piñata above her head to release the stars with nothing but a rolling pin.

Yep, this trial’s going to be a doozy.

Still, it looks like Fleur is taking it as well as possible, joking that she’ll “take what I can get” when Holly Willoughby questions if she’s eating the tomatoes.

“I’m gonna need all the vitamins I can get,” Fleur adds. 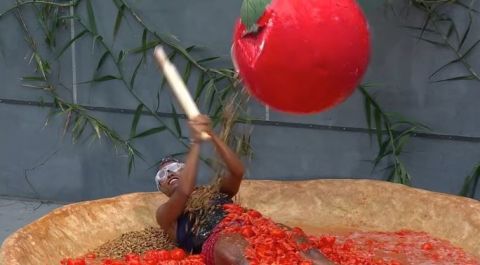 While Fleur and her jungle campmates are all proving themselves in the jungle, Fleur’s former X Factor mentor Simon Cowell took the opportunity in last night’s X Factor episode to make a comment about her stint on the show, much to the annoyance of Fleur’s fans.

Following his singer Scarlett Lee’s performance in yesterday’s (December 1) final, Simon said: “I don’t want you in the jungle in two years drinking worm juice. I want you either on Broadway, West End, [or] selling records.”

I’m A Celebrity… Get Me Out Of Here! continues tonight (December 2) at 9pm on ITV.