The 28-year-old actress had to reach down into her underwear and retrieve the springy lodger, who had moved into her undergarment during the Bug Busters Video task. 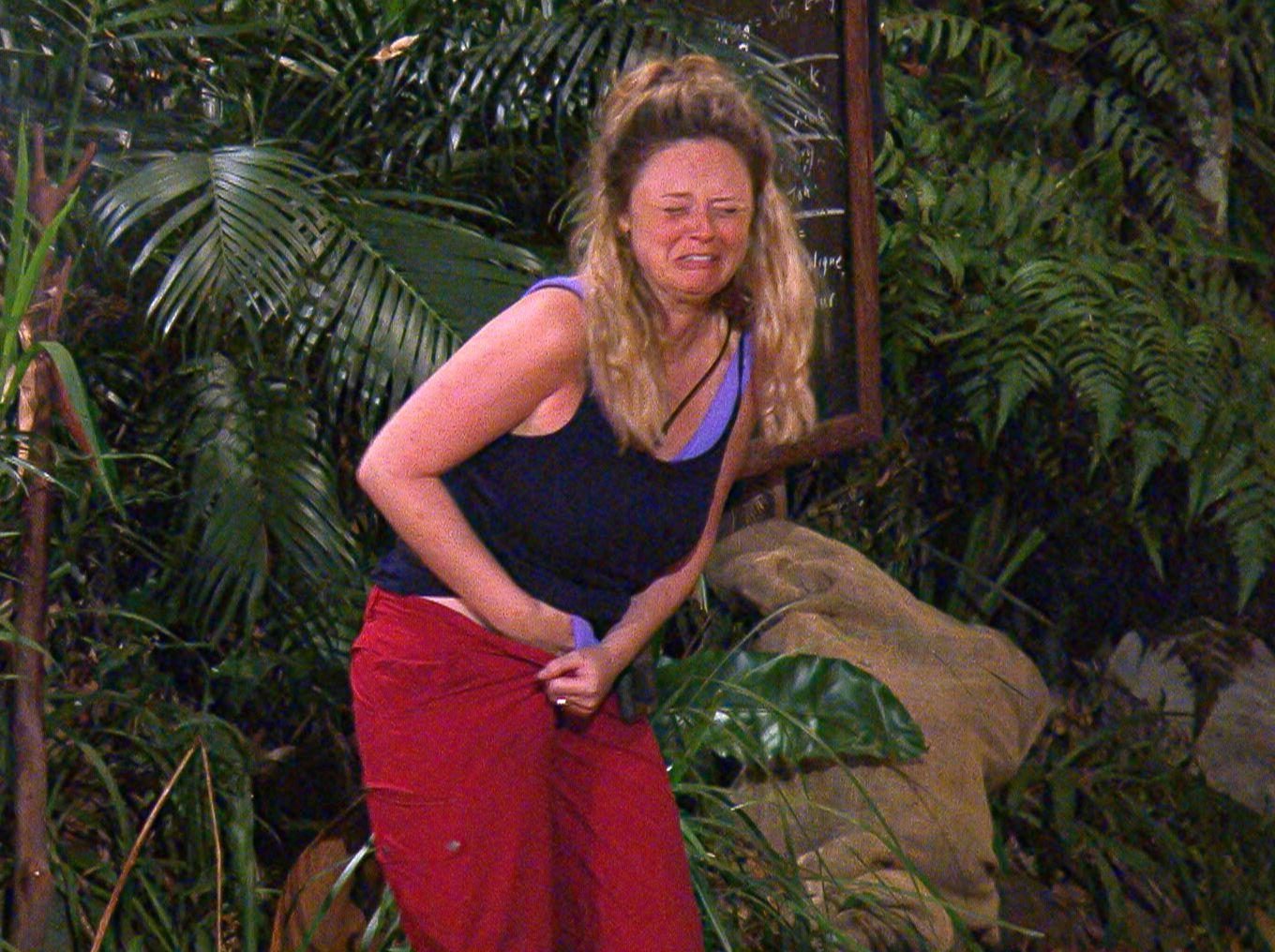 She screamed: "I had a grasshopper in my knickers."

Jungle favourite Harry, true to form, replied: "You've had worse than that in your knickers before."

The Inbetweeners star appeared to pick up the grasshopper when creepy-crawlies rained down on her and Harry, 71, in the mock video store.

As the critters swarmed, she yelled: "Oh my god, they're in my pants." 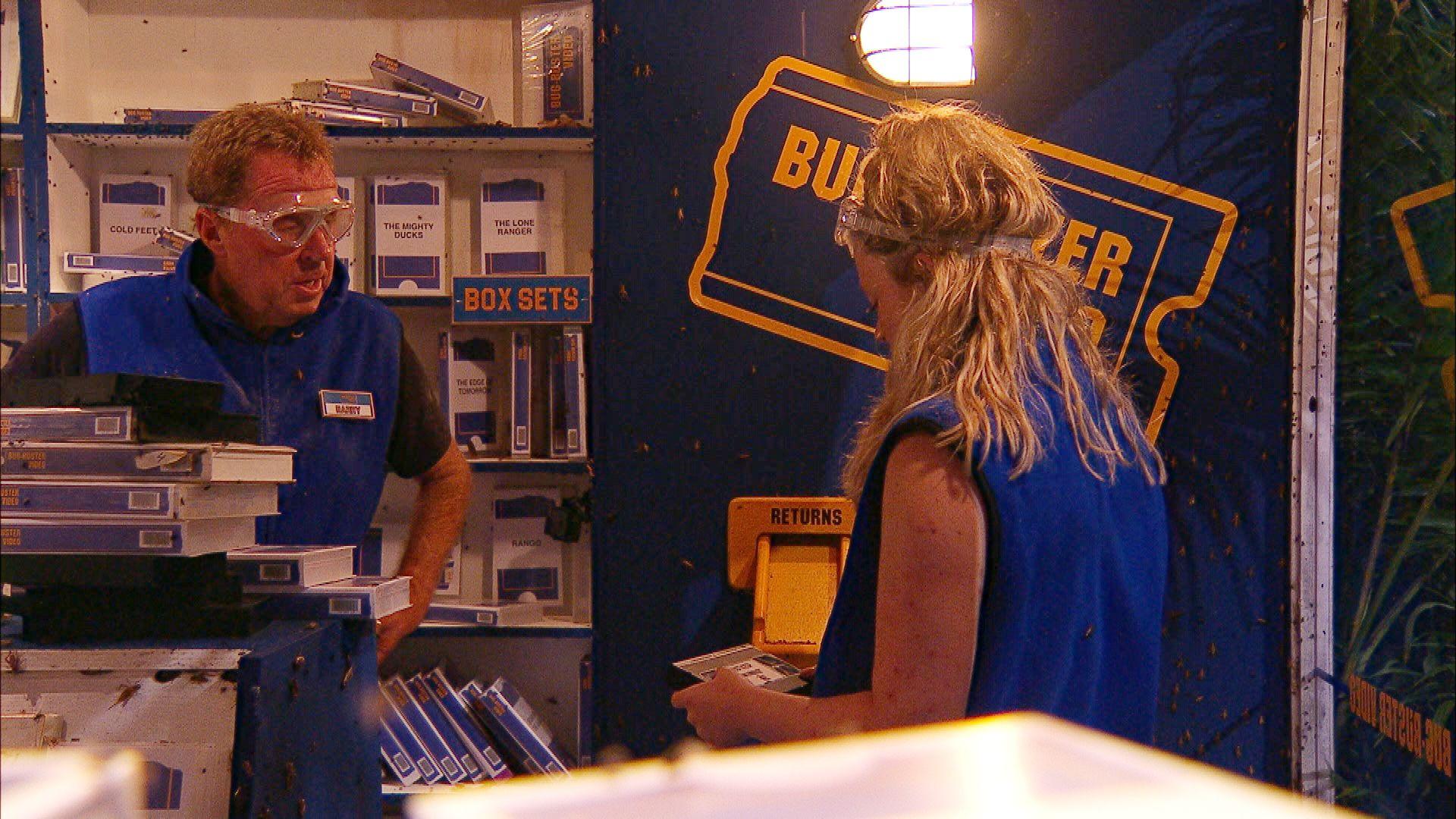 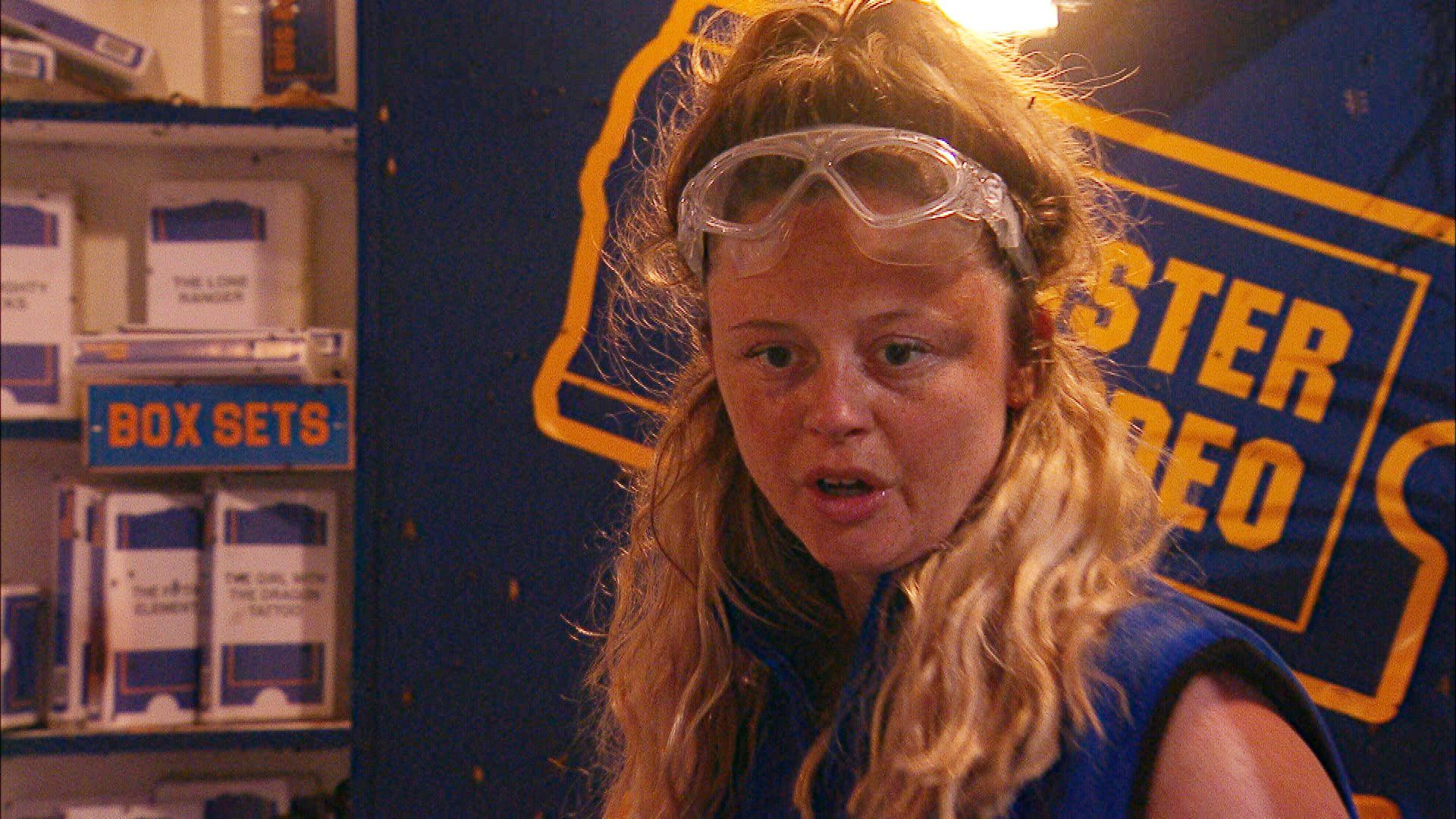 But it seemed the grasshopper had made itself perfectly comfy and stayed in the Atack underwear all the way back to camp.

It wasn't until the campmates had started tucking into their popcorn, ice cream and fizzy drinks they'd won that she clocked what was going on.

She leapt up in horror, plunging her hand into her trousers to yank the cheeky insect out. 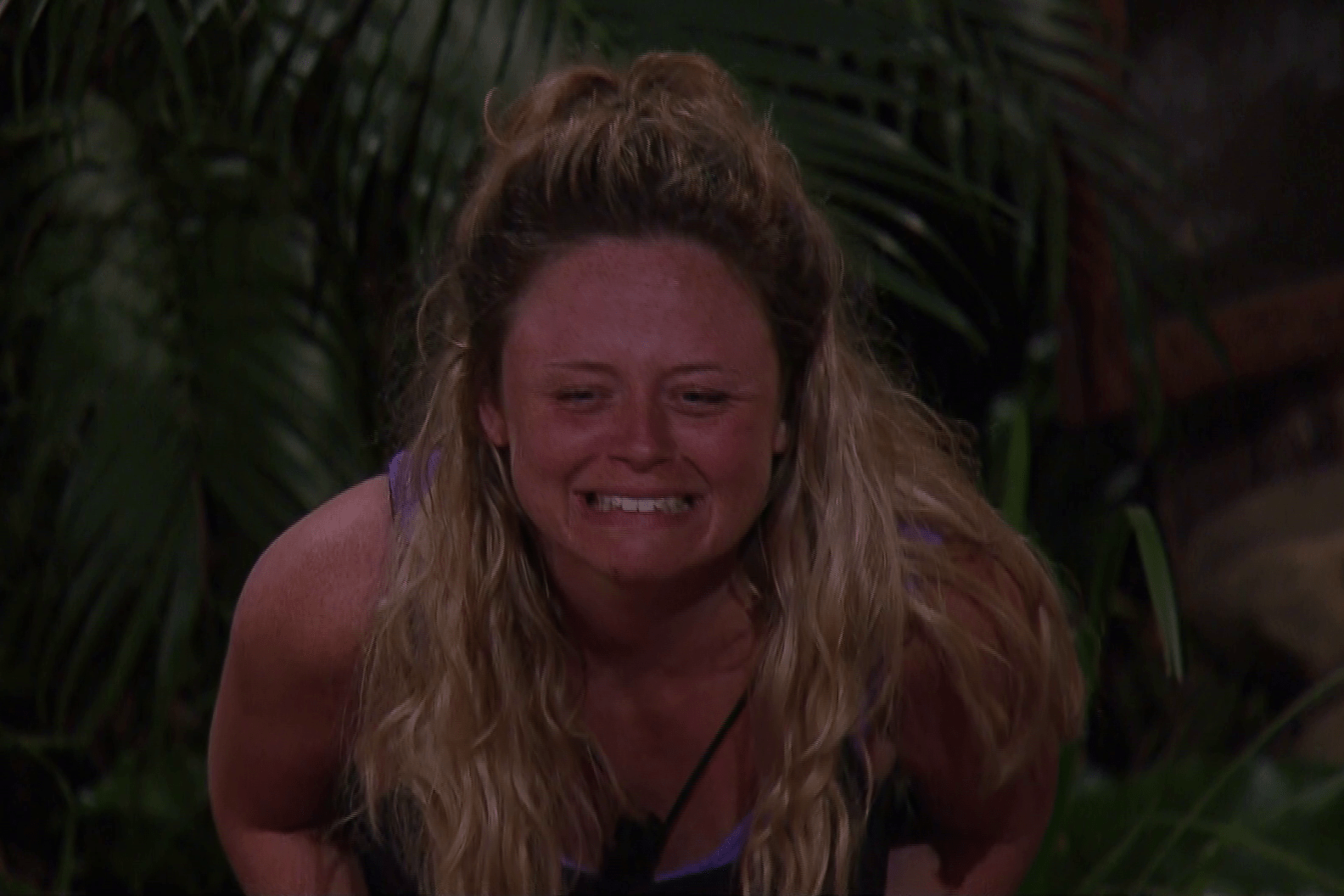 It has been a insect-heavy episode on tonight's movie-themed episode.

Earlier, Rita Simons has to bat off hundreds of cockroaches while answering questions about films.

Meanwhile, James McVey got a mouth full of flies, a scorpion on his case and a crab nipping his head as he battled to unscrew stars with his mouth.