I’m a Celebrity‘s John Barrowman was excluded from tonight’s (December 2) public vote-off after sustaining an injury.

The Doctor Who star sprained his left ankle on Saturday evening while walking down the path to wash a pot, accompanied by Harry Redknapp.

John was helped into the medical hut by Nick Knowles and Malique Thompson-Dwyer where he was assessed by the jungle medics and advised to go to the hospital for an x-ray. 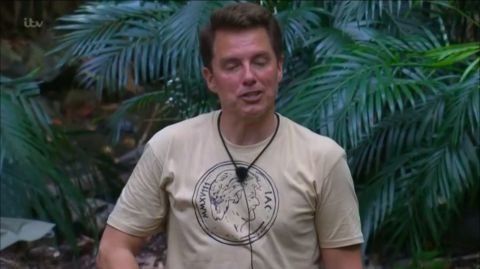 His ankle has been strapped up and, although he didn’t spend the night in camp, John is still on “lock down” and his medical condition will be assessed tomorrow.

The Torchwood favourite sent a message to his fellow campmates, saying: “I am lying here sipping champagne in a hospital with six male strippers. Continue to live jungle life as normal.

“I want to be back in there with you all soon. But please get some rest this evening. Ps I want my f**king dinner when I get back!”

And yes, the champagne and strippers was a joke, before anyone says anything. 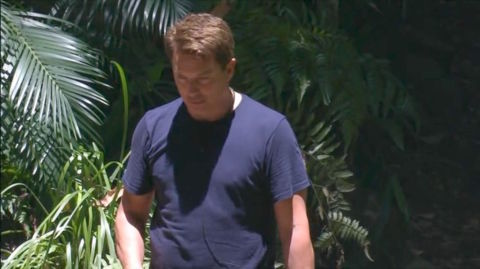 Dec Donnelly and Holly Willoughby told viewers during Sunday’s show that the money spent on Saturday’s votes for John will be refunded via the website.

John recently shared a disgusting story to fellow campmate Emily Atack about the time he pooped himself on stage, revealing that another actor put laxatives in his drink before performing.

I’m a Celebrity… Get Me Out of Here! continues tomorrow night (December 3) at 9pm on ITV.