The footie manager, 71, won the nation's hearts with his antics in the jungle and tonight he was voted 2018 champion. 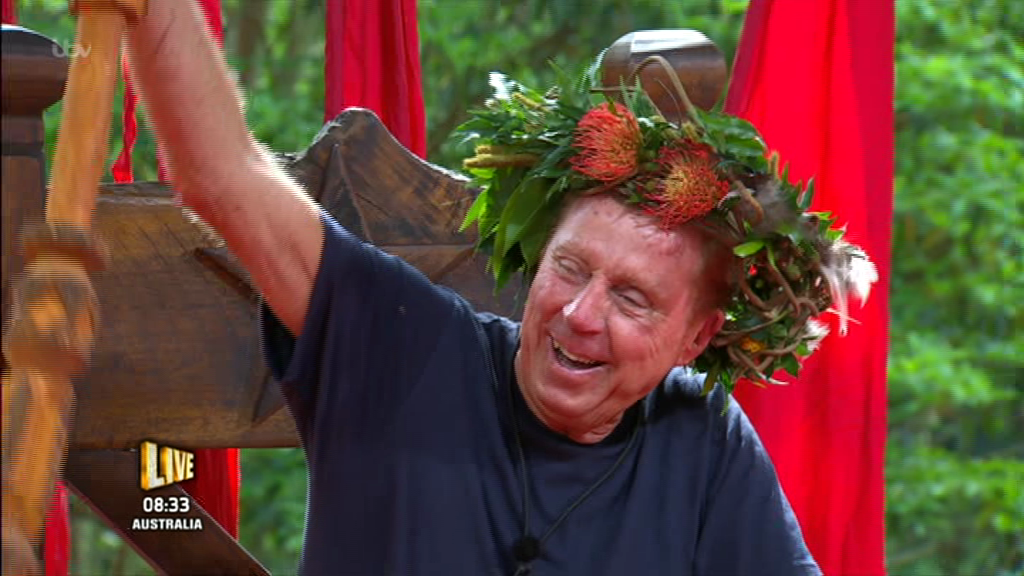 After a tense few minutes, hosts Holly Willoughby, 37, and Declan Donnelly, 43, revealed Harry, 71, as this year's jungle king – much to the surprise of the man himself.

Still reeling from the shock, Harry was finally given the chance to see his wife, who gave him a huge hug and a kiss.

Harry got down to the final two with Emily Atack, 28, after John Barrowman, 51, was voted into third place. 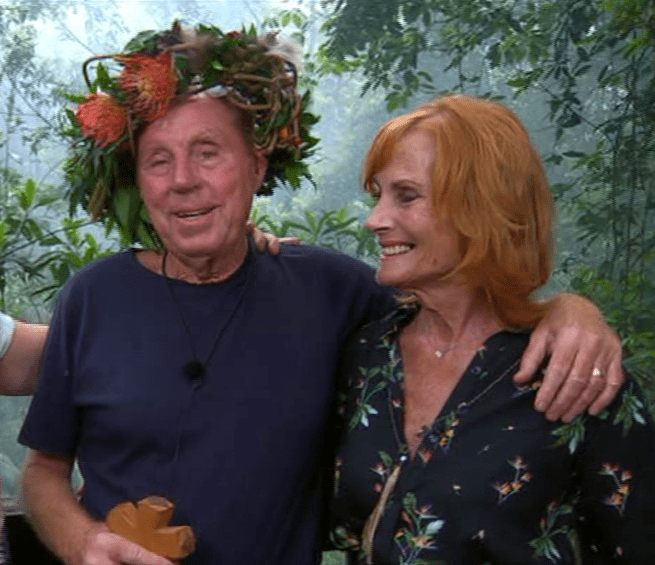 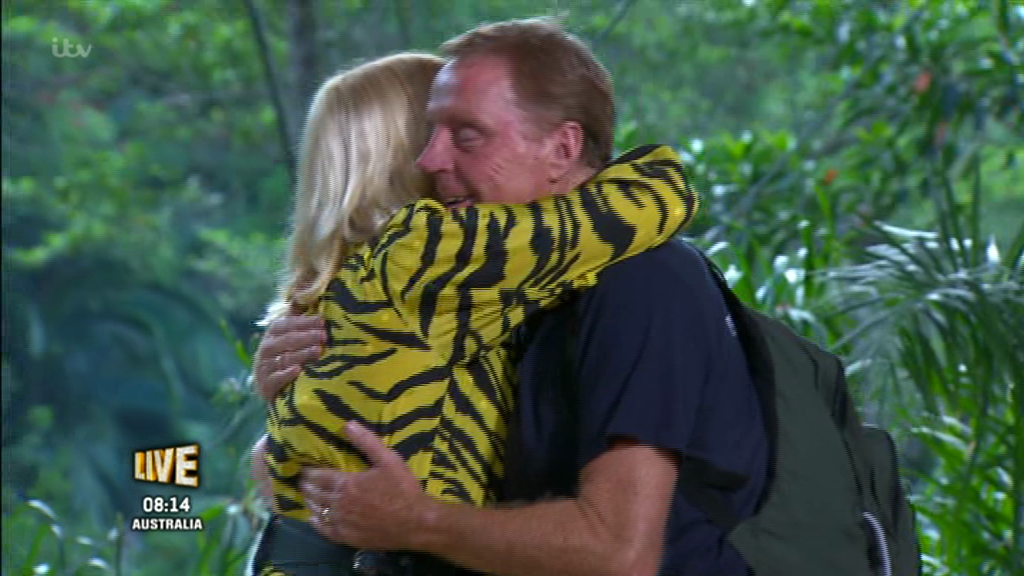 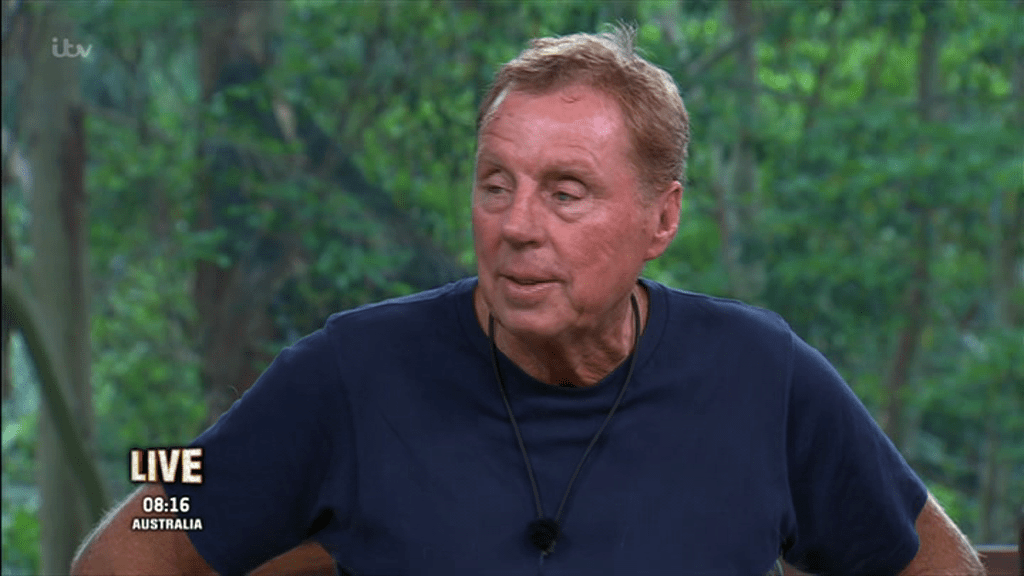 The actress looked thrilled for Harry and gave him a huge hug as he was crowned king of the jungle.

Harry, 71, was the bookies’ favourite to win the show this year after stealing the hearts of the nation with his lovable personality, stories about his wife Sandra and his entertaining tales. 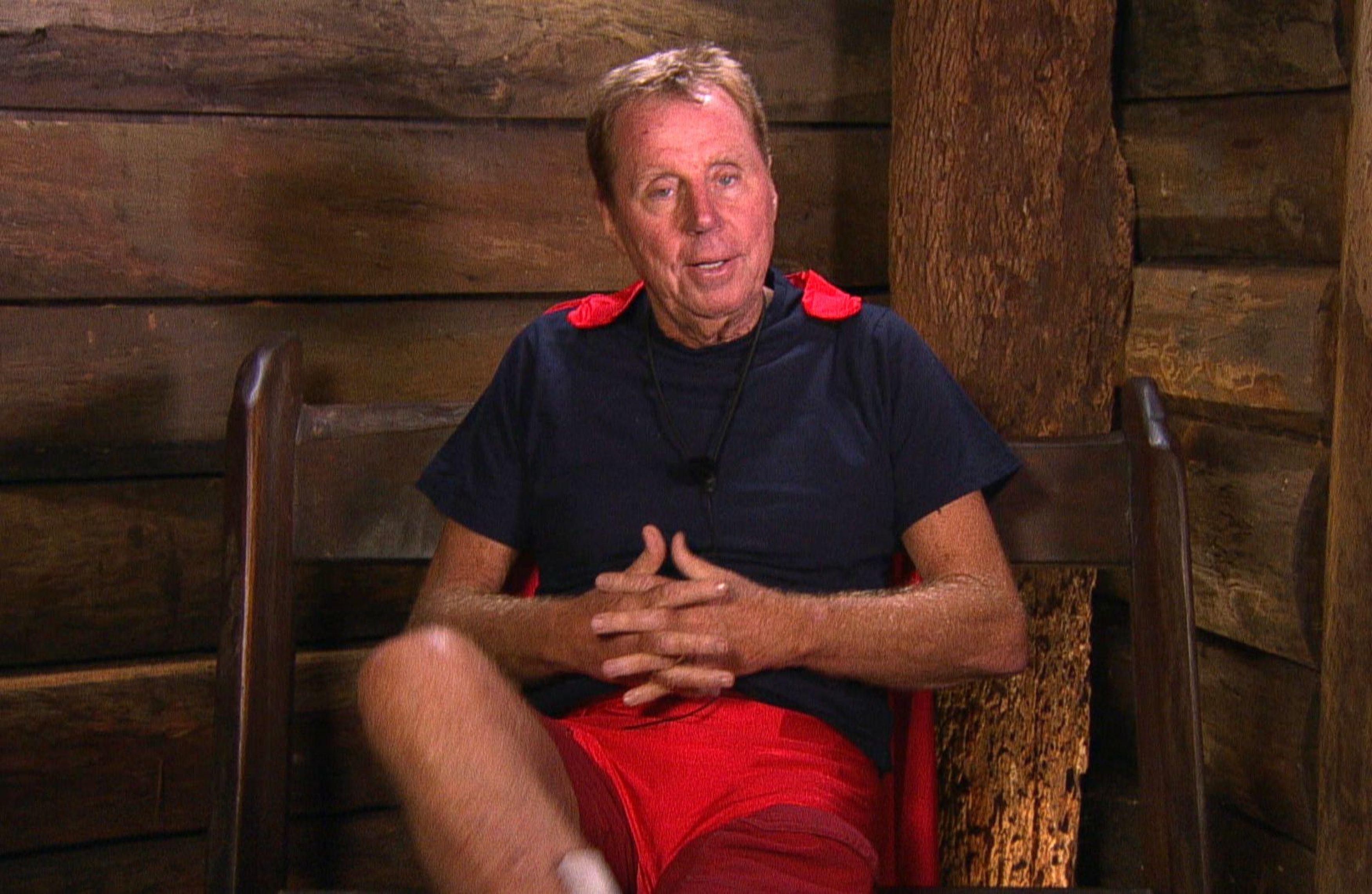 Fans showed their support for Harry throughout the show tonight by getting in his favourite pudding – jam roly poly – to scoff during the episode in his honour.

They flocked to Twitter to share pictures of their pudding and many insisted they hope Harry gets a dish as soon as he's out.

It came after a difficult show for Harry, who completed his final Bushtucker Trial by facing his fear of rats and bugs. 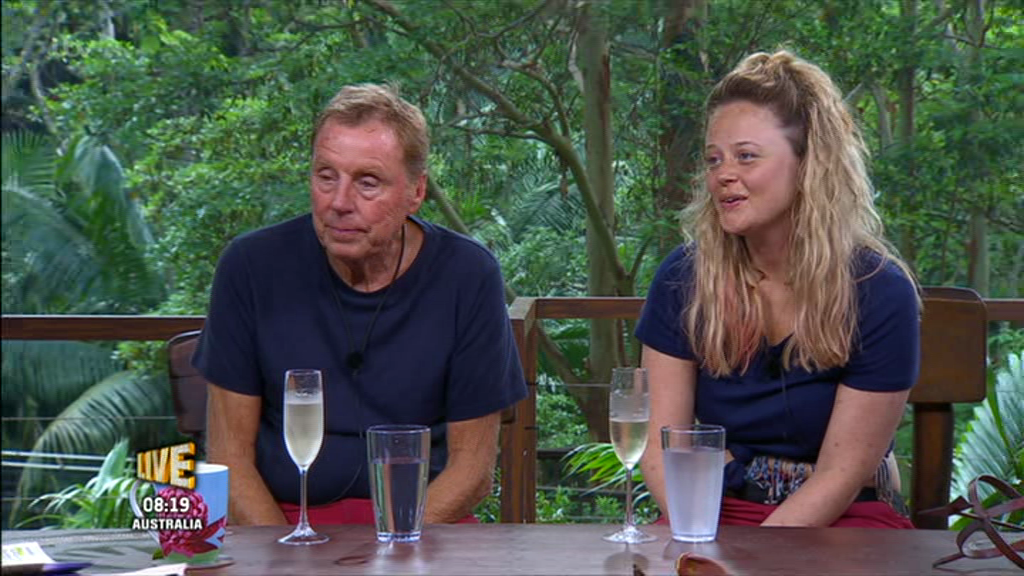 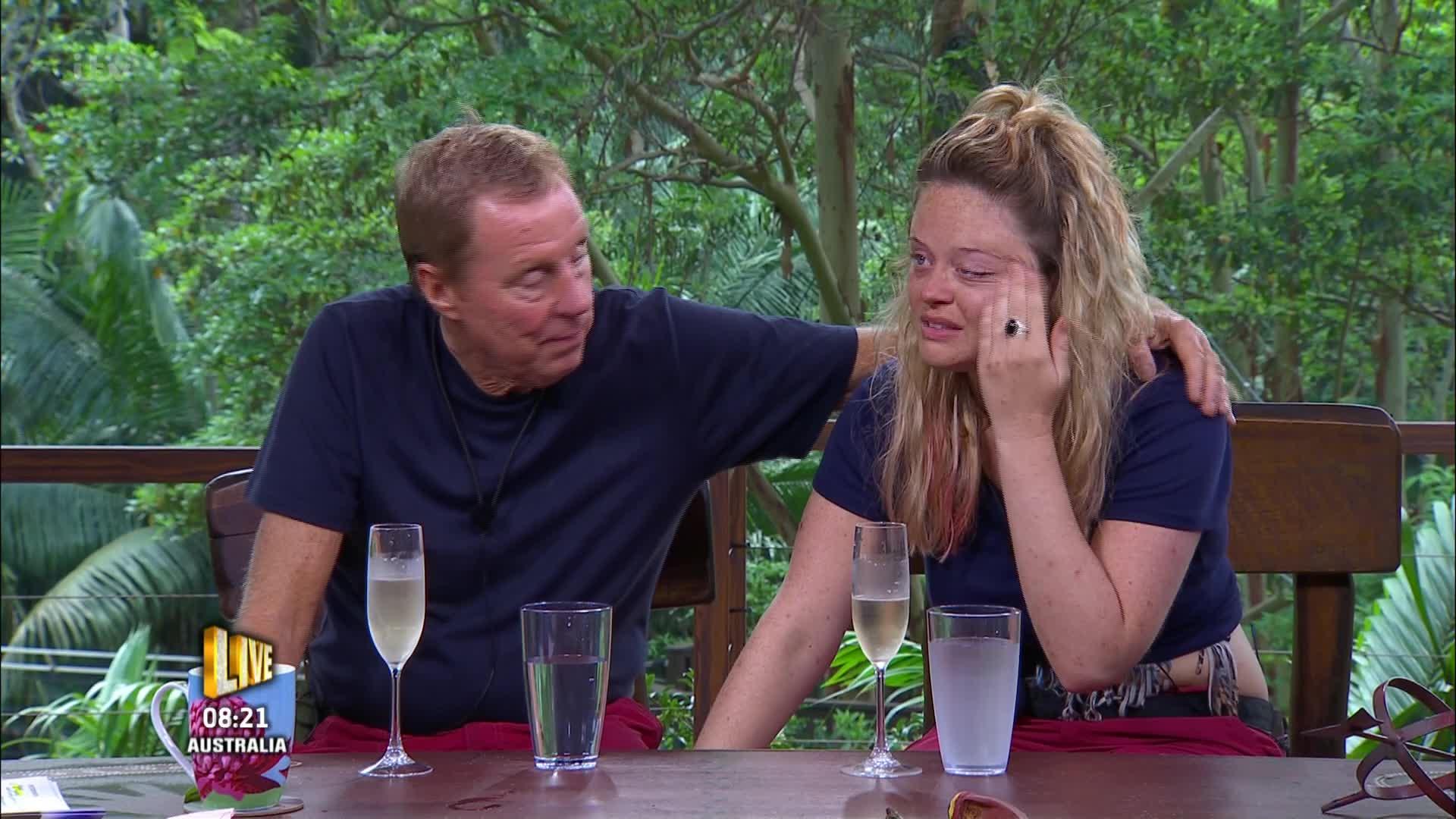 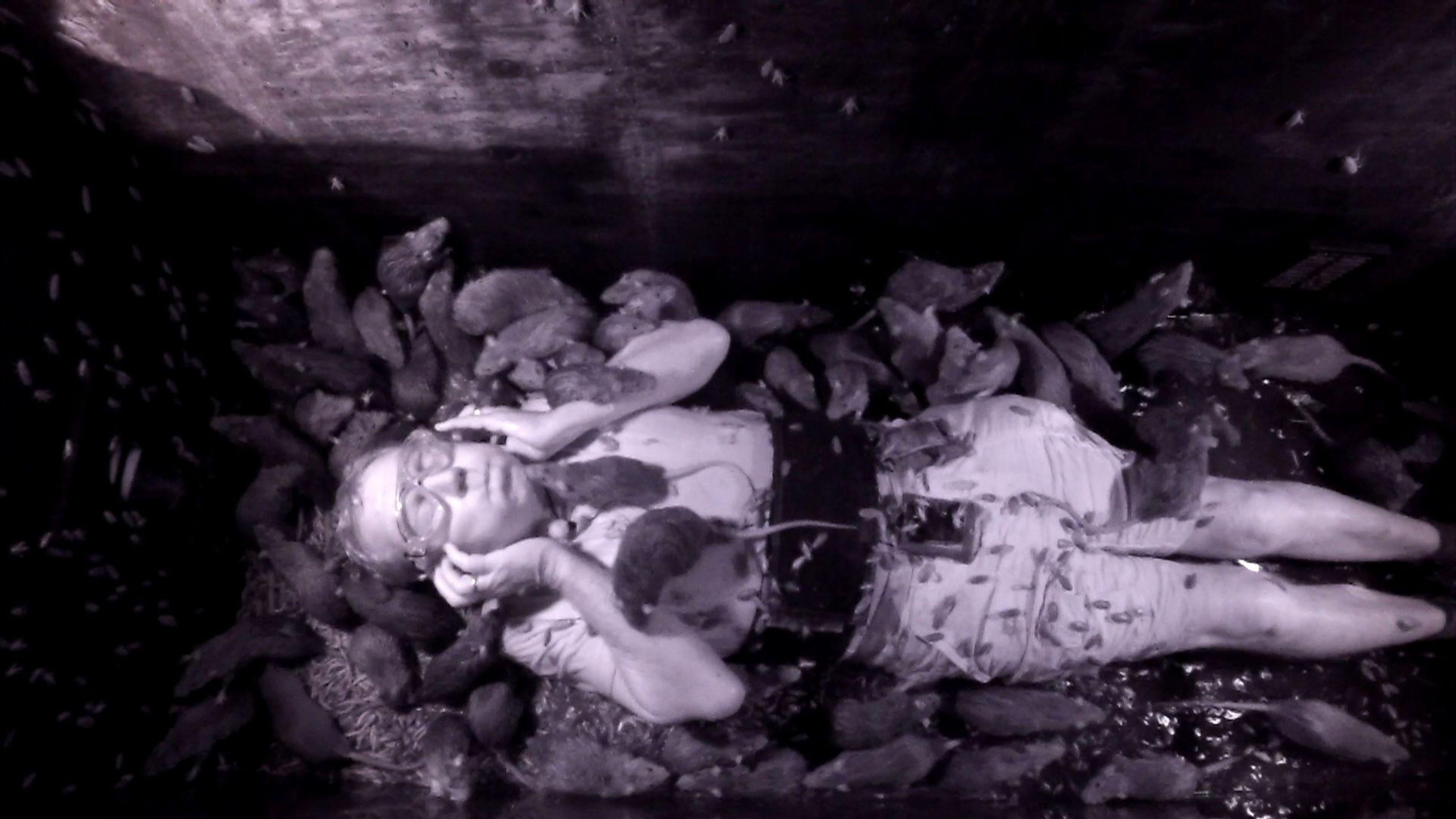 He was covered in the critters and he complained that one even went in his ear, while Emily got covered in creepy crawlies which bit her nipples.

John was also left with a bad taste in his mouth after having to wolf down bull penis and sheep eyes in an unsavoury Bushertuck Trial.

After surviving her final trial and getting down to second place, Emily burst into tears in her post-jungle interview as she credited the show with making her a stronger person and learning to accept herself.

Harry was seen leaning in an putting an arm around her to comfort her as she wiped away the tears. 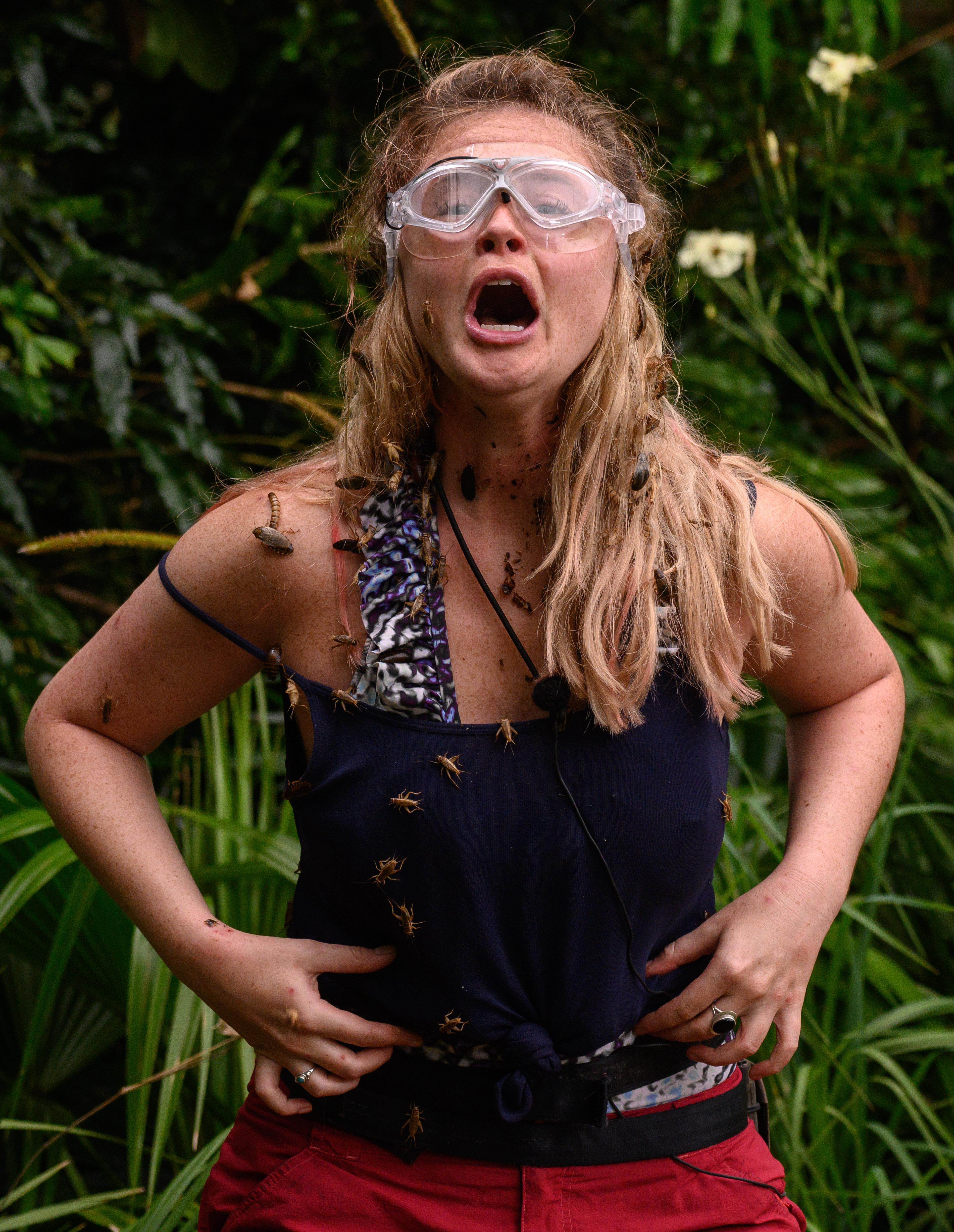 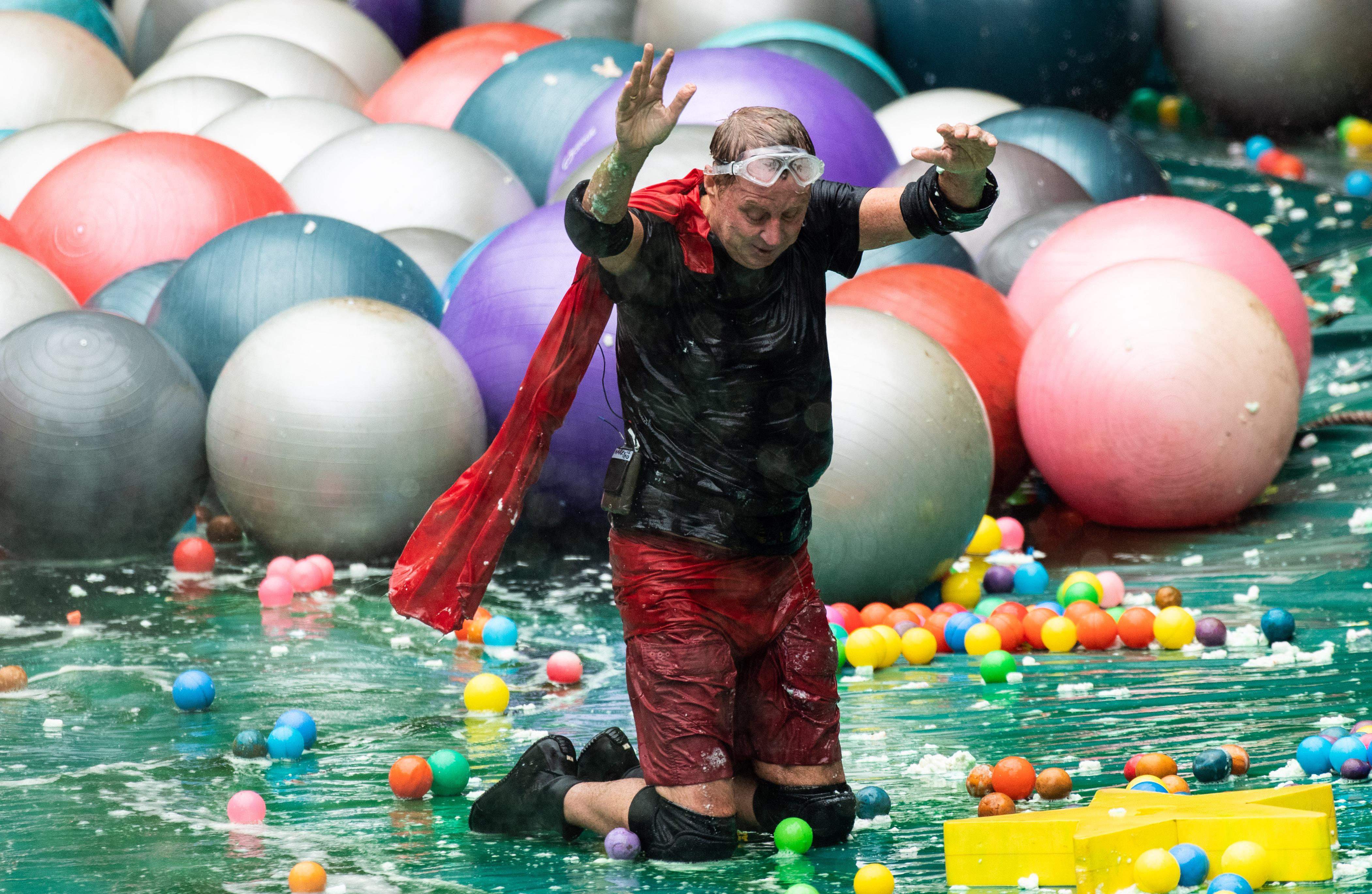 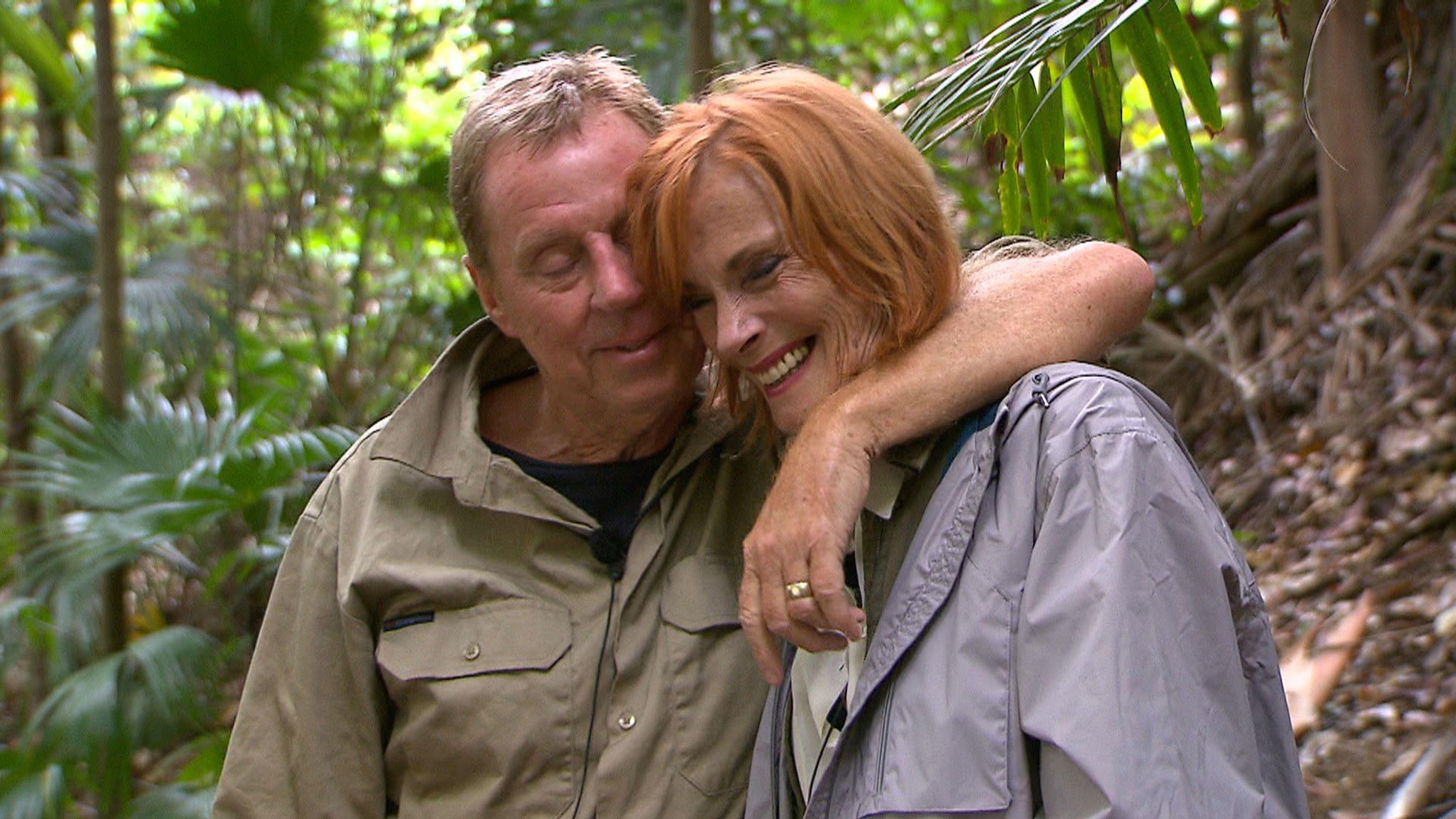 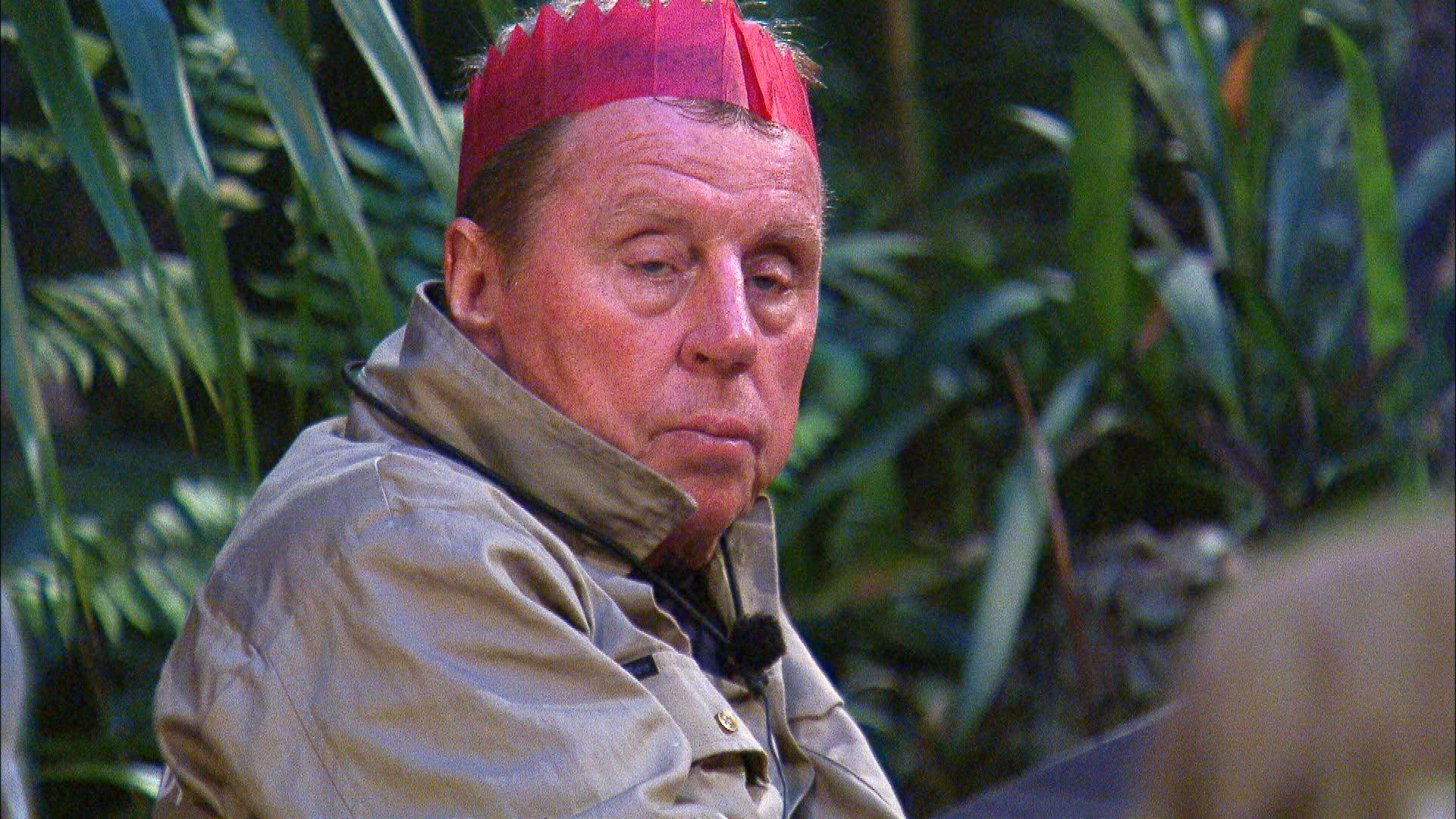 Harry was the second highest paid star to ever appear on the programme with his fee of £500,000 after fellow series celeb Noel Edmonds, who was paid £600,000 for his appearance.

But Harry has been predicted to make millions off the back of the show.

This year's show has been a huge success as it brought in the highest ratings in five years, smashing the 12 million mark for the first time since 2013.

It marked the debut of presenter Holly Willoughby, 37, who has been standing in for Ant McPartlin, 43, while he takes some time out of the spotlight to focus on his personal problems.

Holly easily won over viewers and fans have loved the hilarious banter between her and co-host Declan Donnelly during the run.

She even took on one of the challenges as she joined the Extra Camp version of Celebrity Cyclone last night.

The This Morning star was seen screaming as she battled a water cannon, wind machines and bouncing balls to help the team to victory.

Listen to new podcast Jungle VIP, talkRADIO's cheeky, no-holds-barred take on the action Down Under. Hosted by Jamie East with daily guests, including former campmates and celeb reality TV fans the gang will dish the dirt on the REAL behind-the-scenes gossip. Read more here