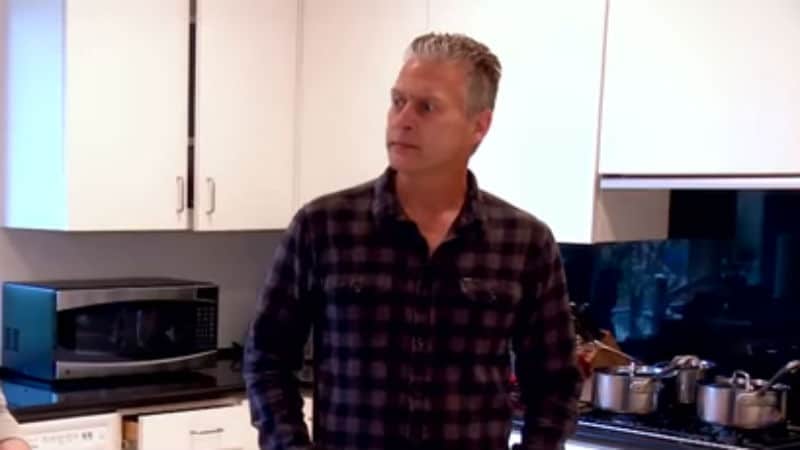 David Beador has been a hot topic of conversation for the ladies on The Real Housewives of Orange County. It has been a year since Shannon Beador announced their separation on the reunion last season and a lot has changed.

While it wasn’t terribly shocking the Beador marriage fell apart, the things that happened after caught some viewers by surprise. David Beador moved on from Shannon in almost a blink of an eye. He has been dating Lesley Cook on and off since at least the beginning of the year, though there were some rumblings that their relationship began back in 2017.

David Beador can’t seem to take responsibility for his divorce and ruined family. — David Beador recently revealed that he felt bad for his kids to relive divorce on the RHOC. David Beador has distanced himself from the #RHOC show because Shannon continued to film the show. David isn’t happy about the way that he is being portrayed on the show, as he knows that Shannon is sharing her honest and true feelings about their divorce. Beador claimed that David had moved on from her within a few months, and she was truly heartbroken. — It didn’t help that @TamraJudge told Shannon that David Beador had started dating the other woman while they were still married, talking on Instagram. But David claims that he wants to move on from Shannon, as he has asked her to stop using the Beador last name. She claims she has earned the name and has no plans of dropping the name. — However, fans are coming to Shannon’s defense, revealing that he has treated her horribly. Asking for the name change so Shannon didn’t use Beador was no small thing. He seems to forget that he cheated on her, he ruined the family, and he was lucky to even be given a shot to save the marriage. While he’s slamming Shannon, fans want David to know that everything is his fault. — David’s chubby, Polish girlfriend Lesley has posted some interesting accusations on her IG this evening. Who is she referring to? See screen shots. Looks like she can’t step away from the cast of RHOC even if David states he is trying to. — — What do you think of David Beador slamming Shannon for talking about the divorce on television, when it’s all his fault for cheating on her? What do you think about Lesley continuing to post her “poor me, I’m the victim” persona on social media? Maybe she should shut up and stop posting her feelings online. Besides, who the f cares about her anyway? She chose to take up with a married man who’s old enough to be her father. Have you noticed how old David is looking? Maybe he needs her to care for him as he heads into old age? The tattoo hearts on the birdie fingers are too much!! — — Share your thoughts!! We want to know. — — @lesleyanncook #rhoc13? #davidbeador #shannonbeador

Tonight on The Real Housewives of Orange County, Shannon Beador was asked about rumors that David Beador’s girlfriend is pregnant with his child. While she had no idea if that was true or not, she did admit that her children like the woman.

The rumors about a possible baby on the way for David Beador swirled back in September when it was revealed that he was moving in with Lesley Cook. The two had been open on social media for quite some time and then, they shut it off. This only fueled the rumors of a pregnancy.

At this point, it doesn’t appear that Lesley Cook is pregnant with David Beador’s baby. Not much else has been said since September and if there is a baby, the world will see in roughly six months.