KATIE Price became emotional as she filmed her latest YouTube video of Harvey listening to his special message from Father Christmas.

In The Sun's exclusive preview Harvey, 18, looked overwhelmed as Santa delivered the good news that he had made it onto his 'nice list' — because he is so good to his mum. 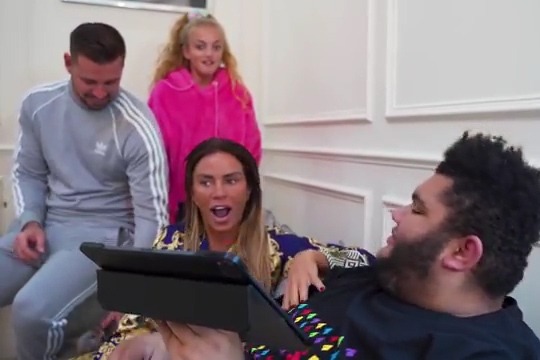 Katie, 42, arranged for Santa Claus to film a sweet clip for her eldest who is a huge fan of Christmas, after he penned countless letters to the North Pole with his wish list of presents.

She explained: "We’re going to put up a (Christmas) tree for Harvey and the kids. It’s quite dominated by Harvey, like everything is.

"It’s rainbow, it’s got frogs on it, a train on it, and unicorns. And someone sent me this message to give to Harv, it’s Father Christmas!

"It mentions his name but he is going to go nuts." 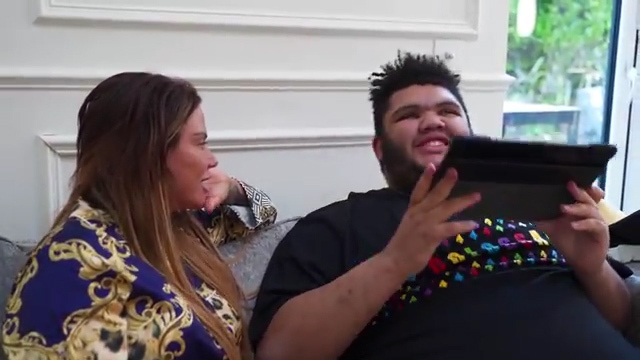 Santa then told Harvey: "Is that Harvey? Hello Harvey Price! Hello young man, how are you? It’s lovely to see you and I have to say I received your letter! The elves are looking after it and they’ve filed it under the very important section."

Santa revealed Harvey asked for some "wonderful thinks" including colouring pens, a DVD of Barney ABC, an All Aboard train, a computer, and ball frog faces.

"Harvey I can officially say you have made my nice list!" 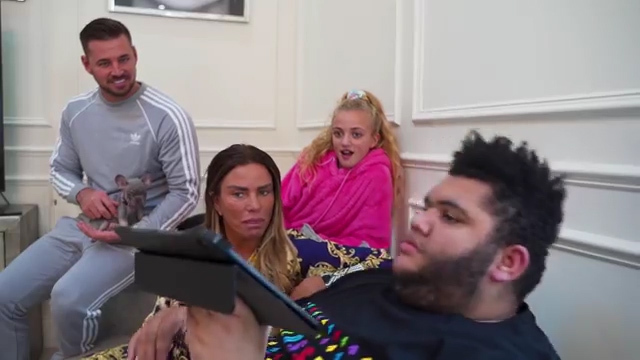 The clip is from Katie's YouTube channel and the full episode will air at 4pm showing Harvey seeing his special Christmas tree for the first time.

Harvey has the rare genetic condition Prader-Willi syndrome, which can cause weight gain and behavioural problems, and is also partially blind and on the autistic spectrum.

Earlier this year the 6ft lad was rushed to hospital in an ambulance with breathing problems after his temperature shot up  to a dangerously high 42 degrees.

In the wake of the scare, Katie started Harvey on a "new regime" of exercise to help reduce his weight.