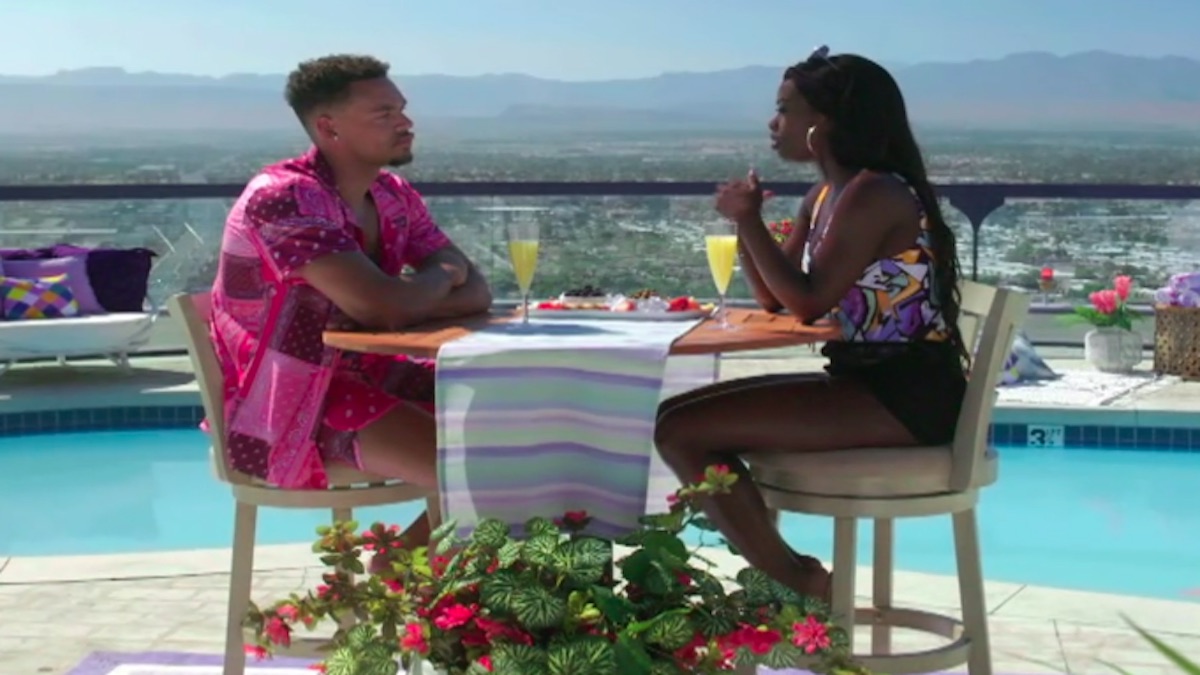 One of the most memorable moments of the Love Island USA season premiere was Justine Ndiba stepping up for Jeremiah White only for him to choose to couple up with Cely Vazquez instead.

While other connections sparked from day one, it took her a little longer to find the right connection. Justine had one of the toughest journeys in The Villa but somehow managed to find herself in one of the strongest relationships this season.

The 27-year-old from the Democratic Republic of the Congo was a fan favorite from day one and viewers hoped she would find a connection on Love Island.

The Justine and Caleb started slow

The couple started off slow, with him being attracted to her energy on a friendship level. Justine was originally partnered up with ex-college football player Tre Forte but she was quick to let him know when she didn’t feel a romantic spark.

Justine tested out the waters with a new interest – she chose to kiss Caleb Corprew in a challenge while he was still partnered with Rachel Lundell.

Rachel was upset about the kiss, but viewers felt Justine was right in taking a chance on a new connection. She took a risk and little did she know, that kiss would be the start of one of the most solid couples in all The Villa.

Although they had a short time together before getting separated by Casa Amor, the two passed the test and decided their connection was worth coming back to.

They are social media’s favorite couple

Fans have loved the connection between Justine and Caleb. They hoped Justine would find love after all the bumps in the road.

She couldn’t have found a better guy in The Villa than Caleb.

From the first viewer’s vote, Caleb and Justine’s compatibility has been rated highly.

After Casa Amor, Caleb and Justine stepped up their relationship by going on their first solo date. He appreciates her seeing the best in him even though he can be closed off.

He proves he’s looking into their future when he asks how would she deal with them living across the country from each other.

She lets him know that she would be open to moving for love.

Fans love the connection blossoming between the two and the couple can bet on a lot of support when it comes to the viewer’s vote.

Love Island USA airs Monday-Friday at 9/8c and Saturday at 8/7c on CBS.