The 32-year-old initially launched into a war of words with Kady on social media over claims she mimicked Maria's interior company, Project In A Village, with her new home renovation business. 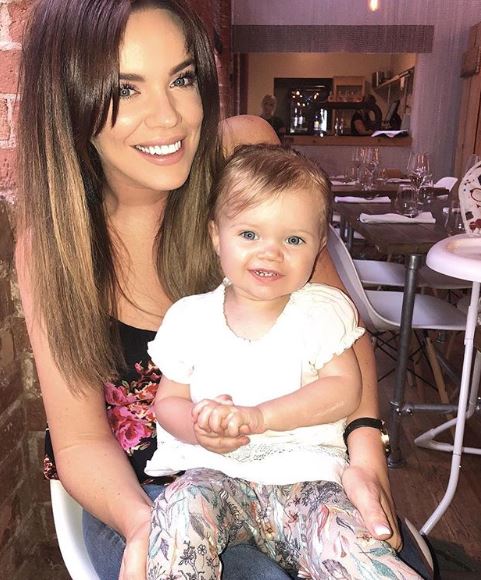 Seeing red with the similarity between Kady's new business and her own, Maria privately contacted the reality star over Instagram in which she branded her an "alien head".

When Maria initially confronted Kady about claims she copied her business, the recently axed Towie star said: "You're a grown woman with a child going about someone having a similar name to yours.

"So embarrassing. I wasn’t gonna say anything but I’ve just watched your stories and I’m cringing.

Adding: "So so so much more happening in the world then similar bios and Instagram names. 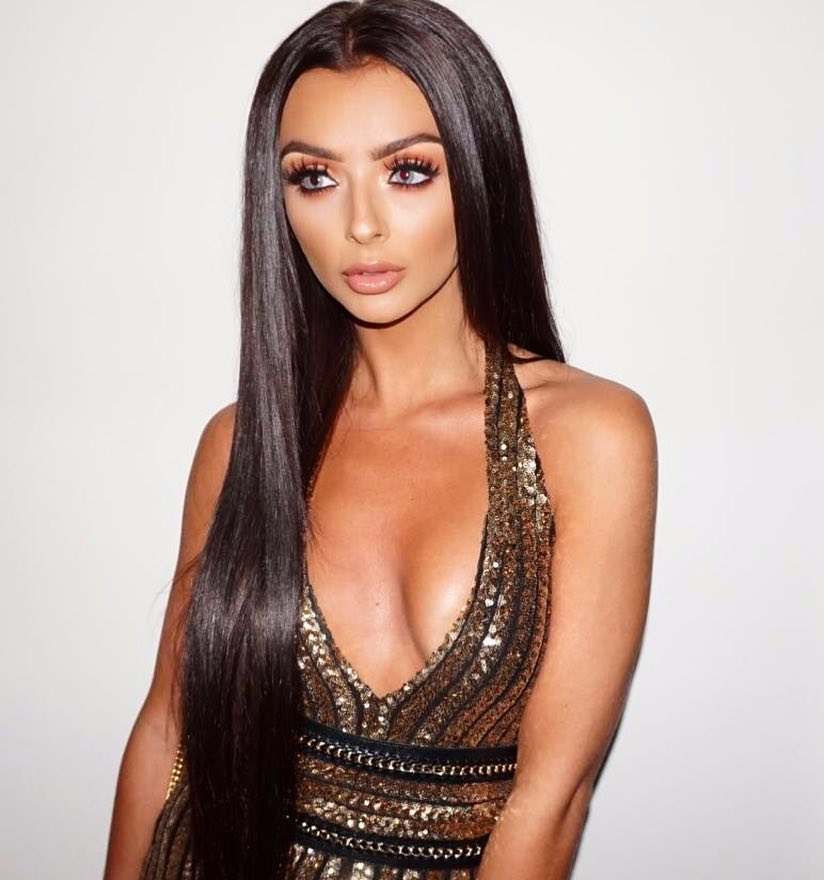 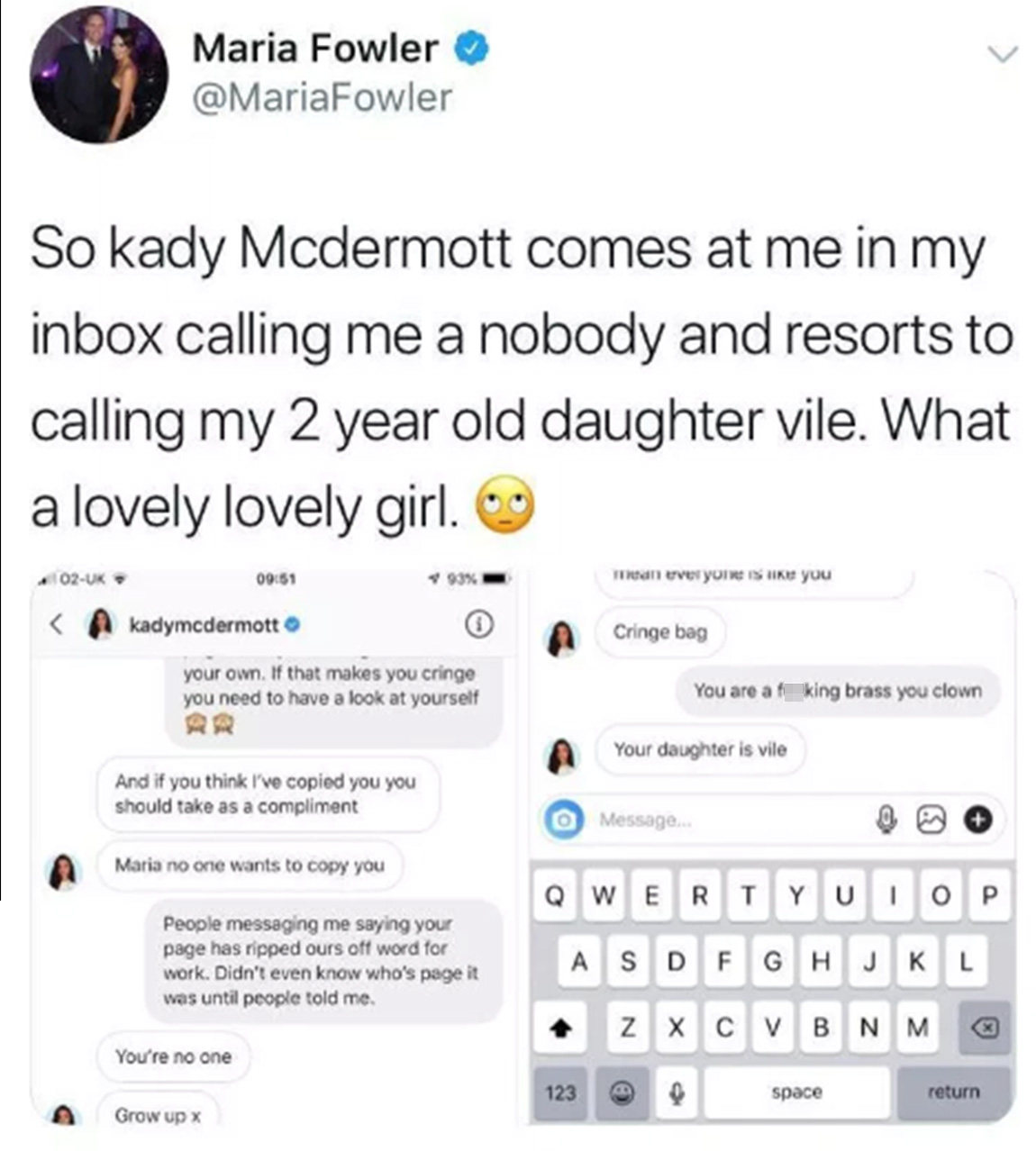 "And if you think I've copied you you should take it as a compliment. Maria no one wants to copy you. You’re no one. Grow up x."

Not taking her comments, Maria, who shared the screenshots of their conversation on Twitter, responded: "There's more to life than Instagram followers kady. I've got a stable relationship.

"Getting married next year and have a beautiful daughter. 'You're no one' with comments like that I think you’re the one who needs to grow up."

Kady then fired back: "You are so embarrassing now you're calling a 23 year old a brass. Just because you're one doesn't mean everyone is like you. Cringe bag." 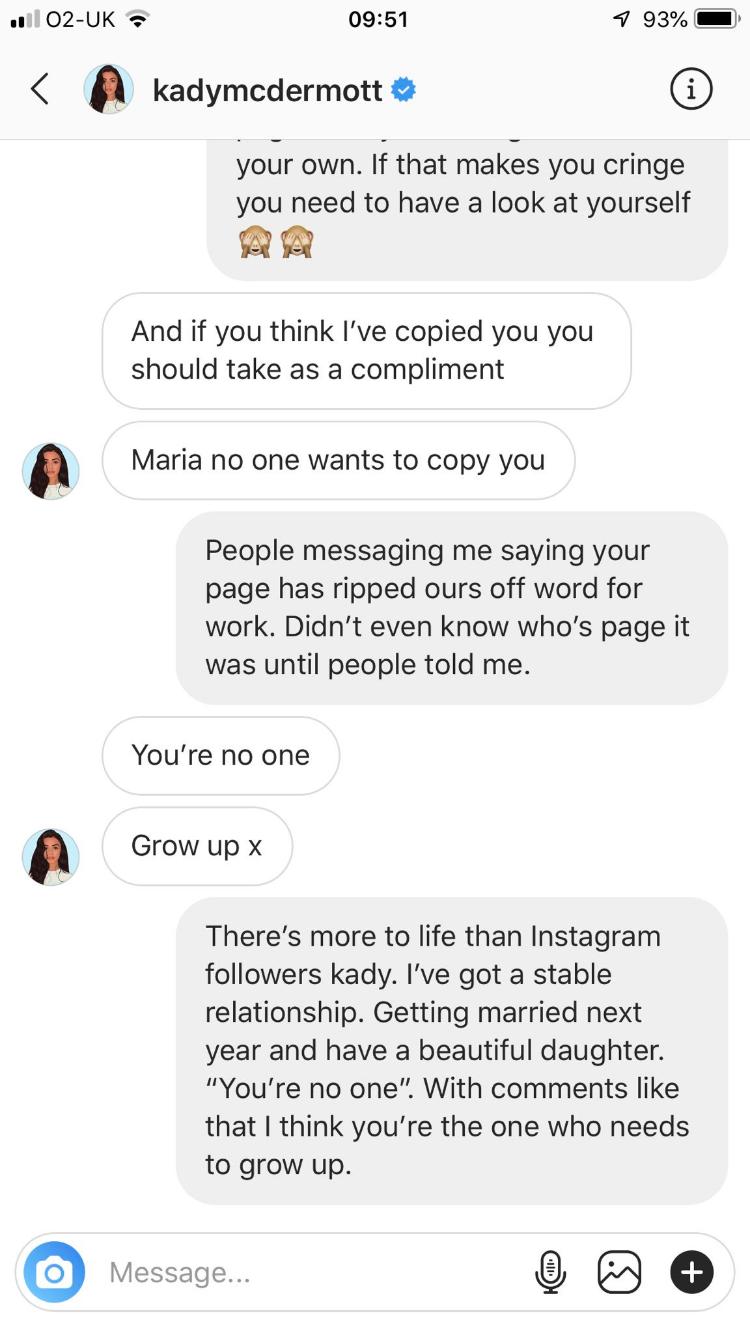 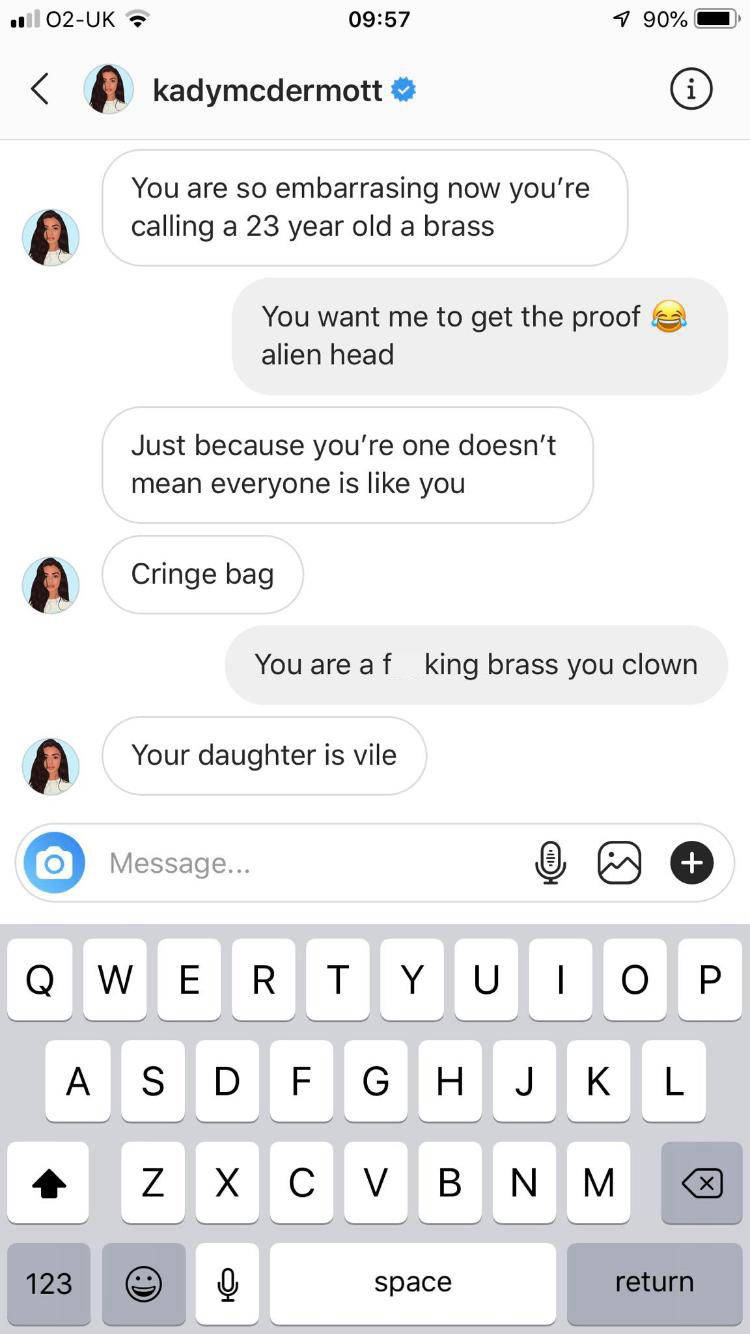 As their argument heated up, Maria then was left baffled when Kady labelled her two-year-old daughter Evie as "vile."

Baffled by the low-blow, Maria shared the conversation on Twitter and wrote: "So kady Mcdermott comes at me in my inbox calling me a nobody and resorts to calling my 2 year old daughter vile.

"What a lovely girl". 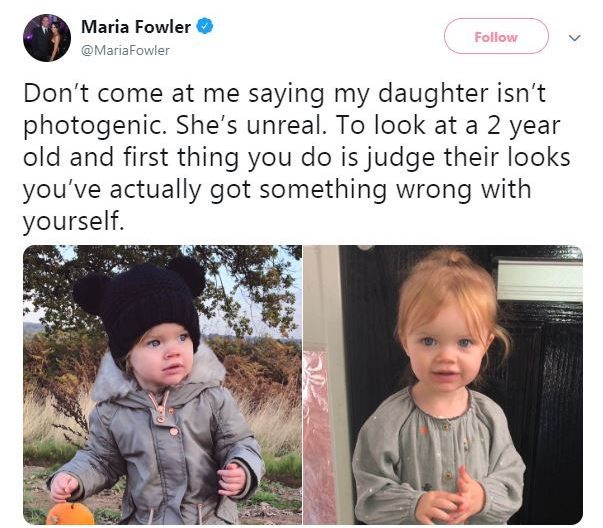 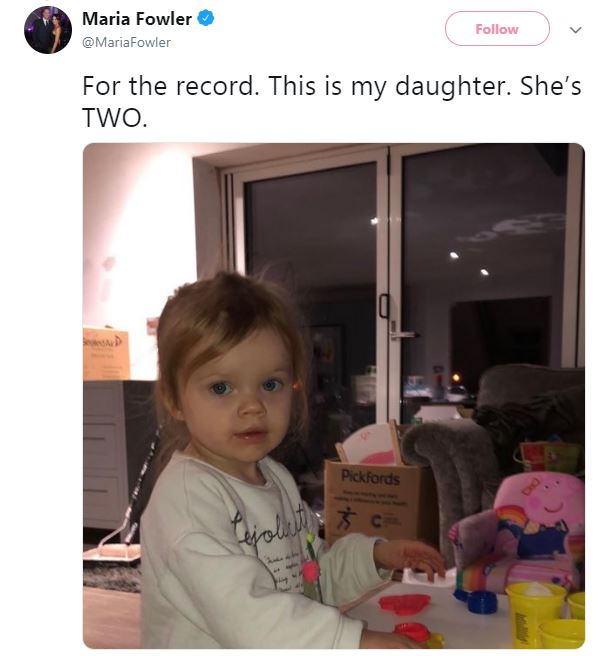 She then shared a number of adorable photos of her little one on Twitter after being left angry over Kady's remarks.

Captioning her photos of Evie, she wrote: "Don't come at me saying my daughter isn't photogenic. She's unreal.

"To look at a 2 year old and first thing you do is judge their looks you've actually got something wrong with yourself." 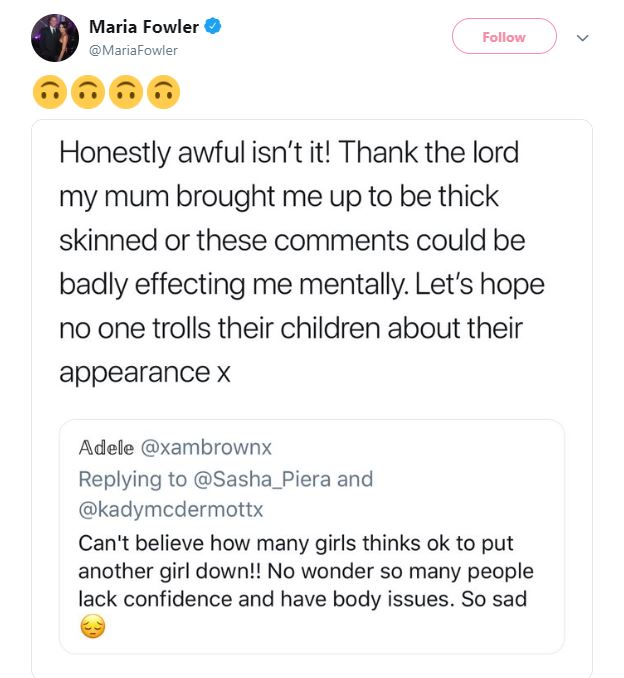 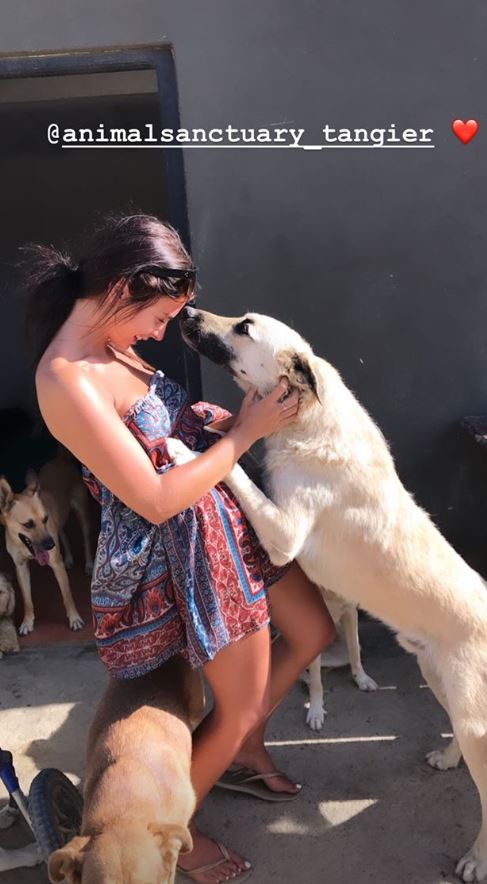 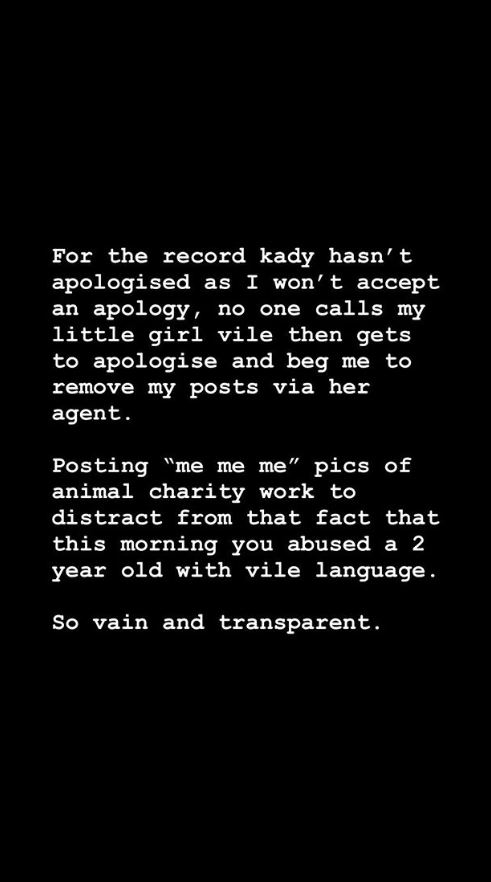 Now responding to the claims, a rep for Kady told The Sun Online: "Kady said a comment in a heat of the moment after she was being verbally name called by Maria.

"She deleted the comment within a second and as soon as she said it instantly regretted it and apologised to Maria.

"There is no excuse for that comment at all, she is deeply sorry and did not mean it. It was a comment in a second of anger." 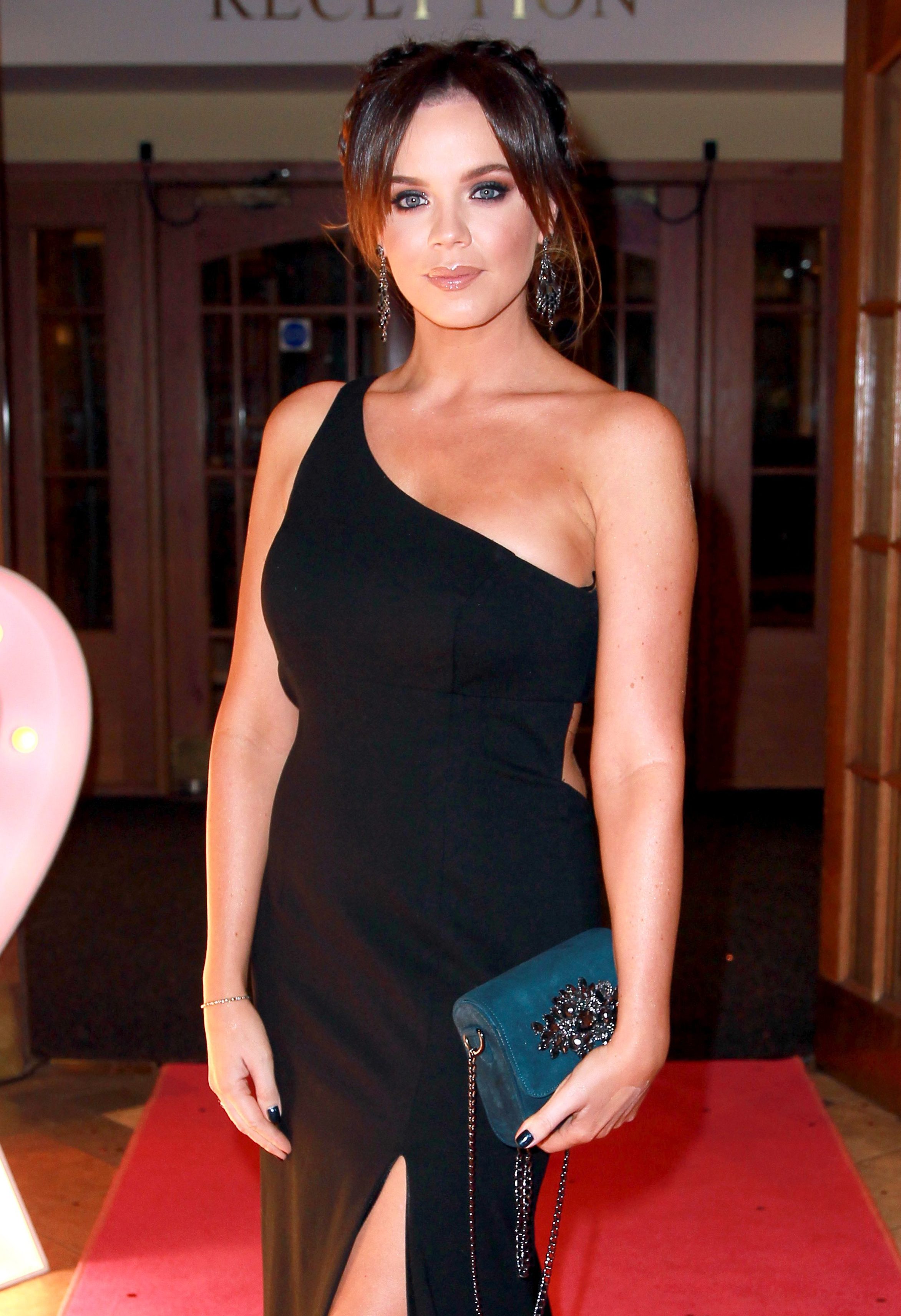 However, Maria took to Instagram today to comment on the remarks again and insisted that Kady has yet to apologise.

She wrote: "For the record Kady hasn't apologised as I won't accept an apology, no one calls my little girl vile then gets to apologise and beg me to remove my posts via her agent.

"Posting 'me me me' pics of animal charity work to distract from that facet that this morning you abused a 2 year old with vile language so vain and transparent."