“The magnitude of this failure is astonishing,” it says 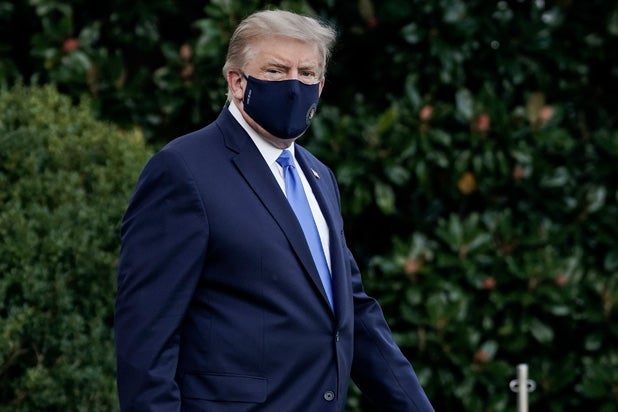 The New England Journal of Medicine published a scathing editorial on Wednesday, taking the Trump administration to task for their handling of the coronavirus pandemic and calling for the political leaders responsible to lose their jobs.

President Donald Trump is never once mentioned by name, nor do they specifically endorse Joe Biden. But it’s hard to interpret this passage as anything other than an endorsement for the Democratic candidate: “When it comes to the response to the largest public health crisis of our time, our current political leaders have demonstrated that they are dangerously incompetent. We should not abet them and enable the deaths of thousands more Americans by allowing them to keep their jobs.”

Throughout the editorial, the N.E.J.M. calls out the Trump administration for having “taken a crisis and turned it into a tragedy.” They point to numerous facts and figures to amplify how the “magnitude of this failure is astonishing,” highlighting how countries like China and Vietnam have managed to contain the virus better than the United States.

They cite poor testing, lack of personal protective equipment, inconsistent and late quarantine and isolation measures, and poor messaging on the importance of social distancing and masks.

“Our rules on social distancing have in many places been lackadaisical at best, with loosening of restrictions long before adequate disease control had been achieved,” the N.E.J.M. said. “And in much of the country, people simply don’t wear masks, largely because our leaders have stated outright that masks are political tools rather than effective infection control measures. The government has appropriately invested heavily in vaccine development, but its rhetoric has politicized the development process and led to growing public distrust.”

The N.E.J.M. also pointed to the mismanagement of various government agencies, including the Centers for Disease Control and Prevention, the National Institutes of Health and the Food and Drug Administration.

“Anyone else who recklessly squandered lives and money in this way would be suffering legal consequences,” the N.E.J.M. wrote. “Our leaders have largely claimed immunity for their actions. But this election gives us the power to render judgment. Reasonable people will certainly disagree about the many political positions taken by candidates. But truth is neither liberal nor conservative.”