The writers of Outlander made a big change to the series from the source material in season three. In the third outing, Jamie Fraser (played by Sam Heughan) tied the knot with Laoghaire MacKenzie (Nell Hudson) during the 20 years while Claire (Caitriona Balfe) was in the future. He tried and failed to find some semblance of happiness before his true love came back to him through the stones.

But the writers made some changes to how this storyline played out on screen compared the novels.

While Diana Gabaldon’s novel Voyager and the Starz series saw Jamie and Claire rekindle their relationship in the print shop, the way in which Jamie and Laoghaire ended up together was different.

In the books, Jamie’s sister Jenny Murray (Laura Donnelly) convinced him to re-marry, hoping to give her sibling some family life.

The novels saw Claire and Jenny distanced after she came back to Lallybroch after 20 years. 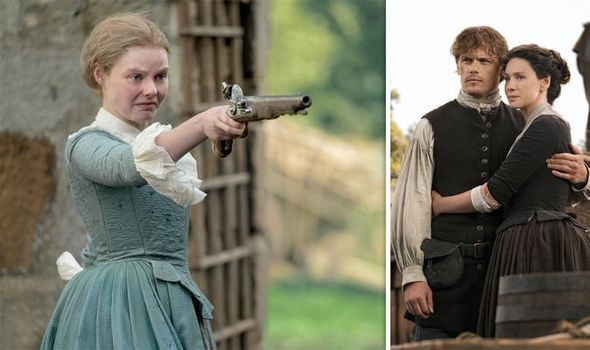 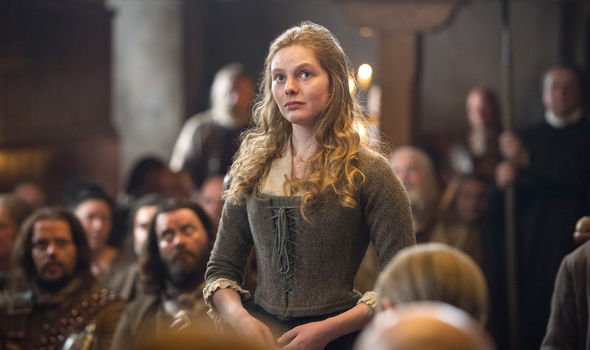 While the two eventually made up, Claire was upset Jenny had encouraged Jamie to marry Laoghaire – a woman who despised her.

In the TV show, Jamie’s reasons for tying the knot with Laoghaire were explored more fully over a touching scene at Hogmanay.

Outlander executive Toni Graphia told The Hollywood Reporter in 2017: “So that’s why we showed that scene where you see Jamie falling in love with the two young girls and not Laoghaire, because they were so sweet to him during a time when he was really lonely and depressed.”

She continued: “They brought him out of his shell, and it was the first time he felt happiness again after losing Claire. 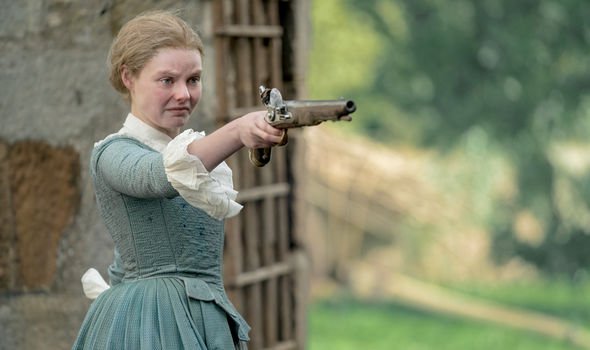 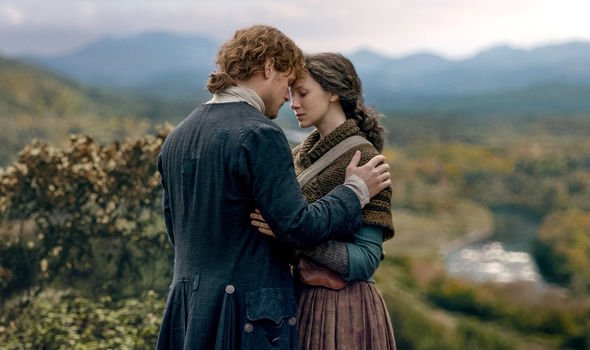 “He didn’t even know they were Laoghaire’s daughters and they brought him joy. He never got to be a father to Willie [Clark Butler] or Brianna [Sophie Skelton] and wanted a family so he made this match and ultimately it didn’t even work.”

According to Graphia, the writers needed to add this scene by way of explanation because of the wrong Laoghaire had done Jamie and Claire in the past.

In season one after Laoghaire was willing to testify in court and condemn Claire as witch and essentially giving her a death sentence.

Graphia said “we had a lot more to answer for with Laoghaire because this wasn’t just a girl with a crush — she got Claire arrested and actually testified against her in front of everyone”, so it wasn’t as subtle as in the novel.

There were some other key changes from the source material after Claire was actually present when Laoghaire shot at Jamie over reconciling with her.

In the books, she wasn’t present but in the series, Jamie pushed Claire out of the way before Laoghaire could hit her.

Graphia said: “We just didn’t think that Claire would go all the way back to the stones.

“We think she’d be upset and leave for a while to clear her head and need space, but we wanted to have Claire in that scene because the one that Laoghaire is actually mad at is Claire.

“She loves Jamie, is just upset and jealous, and knows they haven’t been together in quite a long time, but she just doesn’t want another woman stealing Jamie away, especially this woman who she believes stole him away all those years ago.

“We thought it was more credible that she would try to shoot Claire and it would be more interesting and dramatic to see it play out between the three of them.”

Murtagh is dead in the novels but kept alive for the show and made it all the way to the New World.

Also, for the sake of brevity, season five will combine the major plot points from two books – the biggest departure yet from the source material.

Outlander season 5 will air on Amazon Prime on February 16, 2020