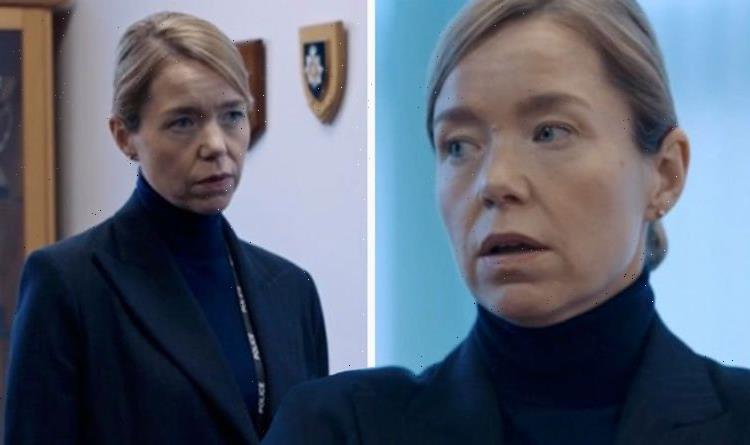 DC Superintendent Patricia Carmichael (played by Anna Maxwell Martin) casually strutted into AC-12’s office during tonight’s episode of Line of Duty and assumed control over all proceedings until the department was officially dissolved. Superintendent Ted Hastings (Adrian Dubar) wasn’t the only one who was pleased to see his superior – those watching at home were also left feeling uneasy. So much so, speculation began as to what she really wanted and why she turned up at a crucial moment between OCG, the Murder Investigation Team (MIT) and AC-12 – perhaps she is a member of H? To add to this suggestion, some fans connected a comment made by Jimmy Lakewell to the police boss, almost confirming she is corrupt.

“One of two familiar faces, one or two conspicuous by their absence,” Carmichael began. “For those of you, for whatever, inexplicably reason don’t know I am Detective Chief Superintendent Patricia Carmichael. I don’t mind ma’am or boss, I am not a big fan of Governor of Gaffer – speak of the devil.

“Superintendent Hastings, sorry to barge in on you like this, all will become clear, if I could have a moment with you in your office? As you were.”

“I take it you’ve been informed about the restructuring of Anti-Corruption?” She asked and Hastings replied: “Yes, but my offers haven’t so I would thank you for your discretion, ma’am.

“This is a kick in the teeth,” he continued. “My team are the best in the business.” 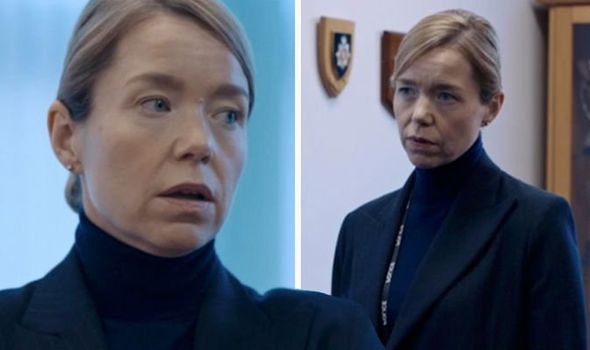 “Really?” She hit back. “I reviewed your case against DSI Iain Buckells, the only hard evidence you have are some files that you recovered from the boot of his car- none of which bear his fingerprints or DNA.”

Carmichael went onto say how “Buckells solicitor has lodged a claim for wrongful imprisonment”.

Hastings argued AC-12 has “a very strong case” against the potentially corrupt police officer and when he failed to state it as being “watertight”, Carmichael had “recommended to the Crown Prosecutor that proceedings against Buckells were dropped”.

“So to avoid the humiliation of a cracked trial,” she added. This infuriated Hastings who said she was “undermining” his teams’ work. 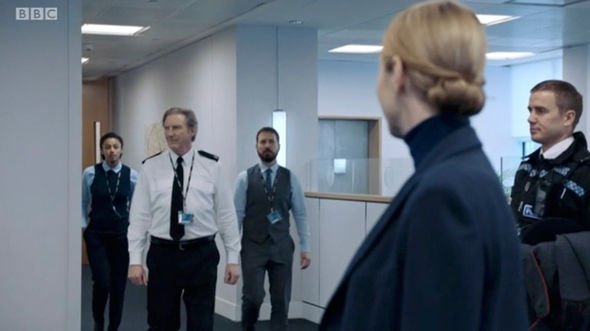 He went onto discuss the surveillance operations which were in place, gathering evidence.

“Yes, because we have learnt she has long-standing links to OCG,” Hastings explained.

The DCS then added the surveillance was also placed on a Probationary Constable Ryan Pilkington which Hastings said “would lead to bigger fish”.

Terry Boyle was also being watched to which Hastings said was for “his own protection”.

Those watching at home saw Carmichael claim: “What needs protecting is the AC budget.” 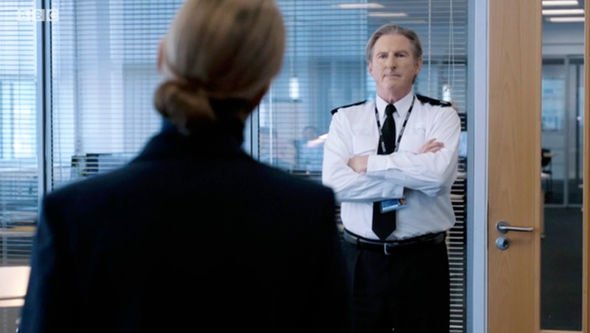 Someone on Twitter wrote: “We all know Patricia Carmichael is H. Jimmy Lakewell said ‘look beyond the RACE CLAIM to find H’.

To add to this, following this evening’s explosive fifth episode, fans also suggested Carmichael was H.

One said: “ Carmichael is so bent, I swear she is H #LineOfDuty.”

“Carmic-H-ael. Just saying. #LineOfDuty,” another mentioned while a third wondered: “Could Carmichael be H!? #LineofDuty.”