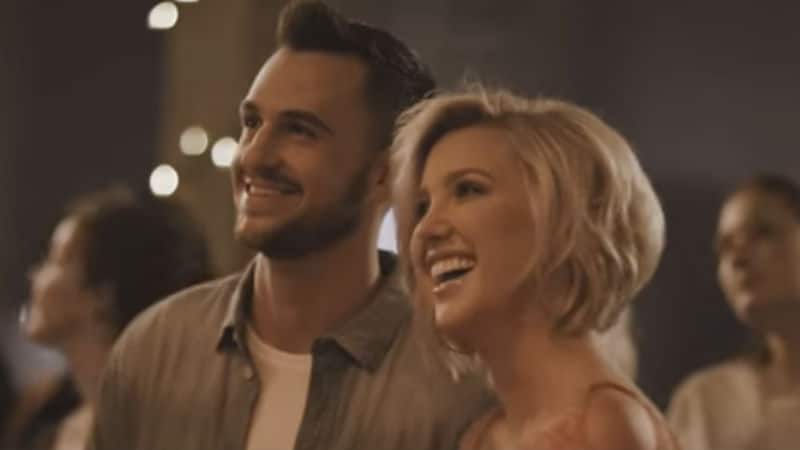 Savannah Chrisley is currently dating Nic Kerdiles. He will make his Chrisley Knows Best debut tonight, and he will be seen talking with Todd Chrisley. Savannah and Nic seem to be smitten with one another, so who is this guy who stole Savannah’s heart?

Nic Kerdiles is a 24-year-old hockey player who has been seeing Savannah Chrisley for several months now. The two often share photos of each other on social media which has prompted some interest from viewers of Chrisley Knows Best.

After moving to California as a young boy, Kerdiles jumped head first into learning and playing hockey. Back in 2014, he signed an entry-level deal with the Anaheim Ducks in the National Hockey League. He played for the affiliate team, the Norfolk Admirals.

Back in February 2017, Nic Kerdiles debuted in the NHL and played with the Anaheim Ducks. He was then signed with them in June 2017. Unfortunately, he was traded to the Winnipeg Jets this past June, and an official contract was signed back in August.

So…last year at about this time I was high on turkey scrolling through Instagram and I came across @nickerdiles and I was like “DANGGGG WHOS THAT!!” And well…that was the beginning of this crazy journey…I thank God every day for blessing me with you on this night a year ago Nicolas. Little did I know…you were everything I never knew I needed. There’s no one I’d rather live this crazy life with! And there’s definitely no one else I’d rather hear sing that’s as TERRIBLE as you?❤️Thank you for loving me… thank you for loving my family… and thank you for being the definition of a selfless loving gentleman. I LOVE YOU! ❤️ #happythanksgivng #blessed #thankful #highonturkey Wow…that was sappy ? #snapoutofitsavannah

Both have been focusing on their careers and putting work first. Savannah Chrisley spoke to Us Weekly earlier this year and talked about how both she and Nic Kerdiles make time for each other but that their careers are always number one.

How long have they been together?

The two confirmed their relationship back in January. After Savannah Chrisley’s past heartbreaks, there was some concern about her getting involved with someone again.

Nic Kerdiles is apparently different than the men she is used to dating, and despite the nearly four-year age gap, the two appear to be a perfect match.

Todd Chrisley approves of the relationship and things between Savannah and Nic have blossomed since getting his seal of approval. Not only does he like Kerdiles, but it appears that the whole family is happy with this relationship.