I’m A Celebrity… Get Me Out of Here! saw two more campmates leave last night as Olympic medalist Sir Mo Farah and former Strictly star AJ Pritchard were eliminated from the castle. However, viewers got to see a bit more of them on-screen tonight despite their exits as Mo was seen having another go at his hilarious Phil Mitchell impression – which led Shane to joke to Steve: “You’ve got someone on your tails here mate!”

Fans were gutted to see Mo bow out of the camp last night with AJ by his side.

Mo started off as a fairly quiet presence in the castle but later came out of his shell which thrilled viewers.

Tonight, Mo could be seen having another go at imitating EastEnders resident hardman Phil, which led to a warning from Shane. 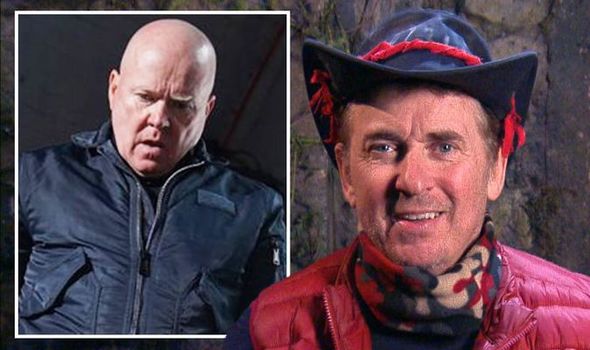 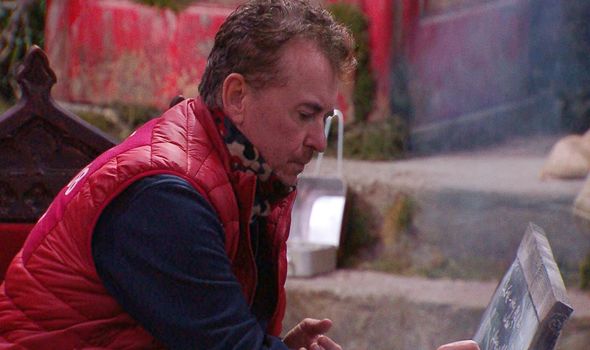 Talking in the Telegraph, Shane said: “My LOL moment is Mo Farah being Phil Mitchell.”

Viewers saw Shane and Mo unable to stop laughing as they acted out the scene they had crafted up on the chalkboard.

Shane went on to deliver a message to his former co-star: “If Steve McFadden is watching, Steve, you’ve got someone on your tails here mate.

“He could be a new Mitchell brother coming in…watch out,” joked the former soap star. 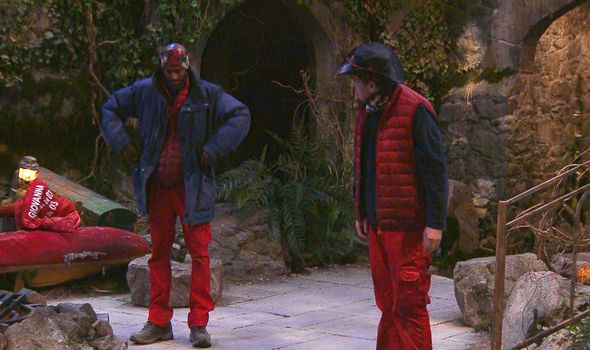 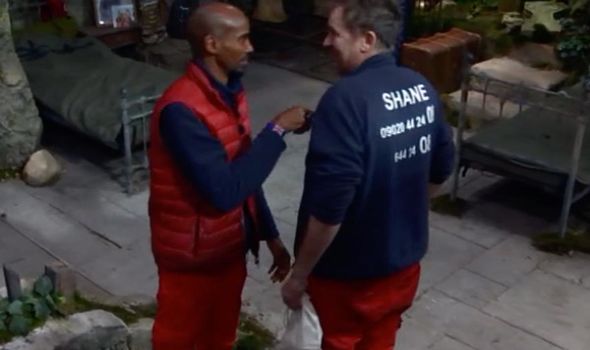 Of course, Steve’s character Phil is known for being Walford’s resident hardman and regularly instils fear into those living around him.

Although Mo didn’t quite have the same menacing presence, fans have called for the star to be given a stint on the popular BBC soap after his acting skills went down a treat.

“Mo getting cast in EastEnders would end covid #ImACeleb,” joked another fan.

“I’m going to miss @Mo_Farah on #ImACeleb he’s been such a joy to watch, now I’ll just wait for his #EastEnders appearance,” echoed a third.

Another said: “Not Mo trying to be an EastEnders actor but he’s too posh, God I love him #ImACeleb #ImACelebrity.”

Reflecting on his time on the show last night, Mo opened up to hosts Ant and Dec on making his family proud: “I hope I’ve done that, I missed them and part of me was like, ‘Can I challenge myself?

“I’ve watched this show over the years and all I ever wanted to do was challenge myself, I know I can run!”

Ahead of tomorrow night’s final, both AJ and Mo backed Giovanna to become the first-ever Queen of the Castle.

“I would say Gi for sure,” Mo commented, “She’s so wonderful and helpful and I love Shane too and Vernon and Jordan!”

I’m A Celebrity… Get Me Out of Here! continues tomorrow at 9pm on ITV.