The 24-year-old star's 60s-inspired mini dress highlighted her statuesque frame as she teamed the vintage garment with a pair of chunky white knee-high boots. 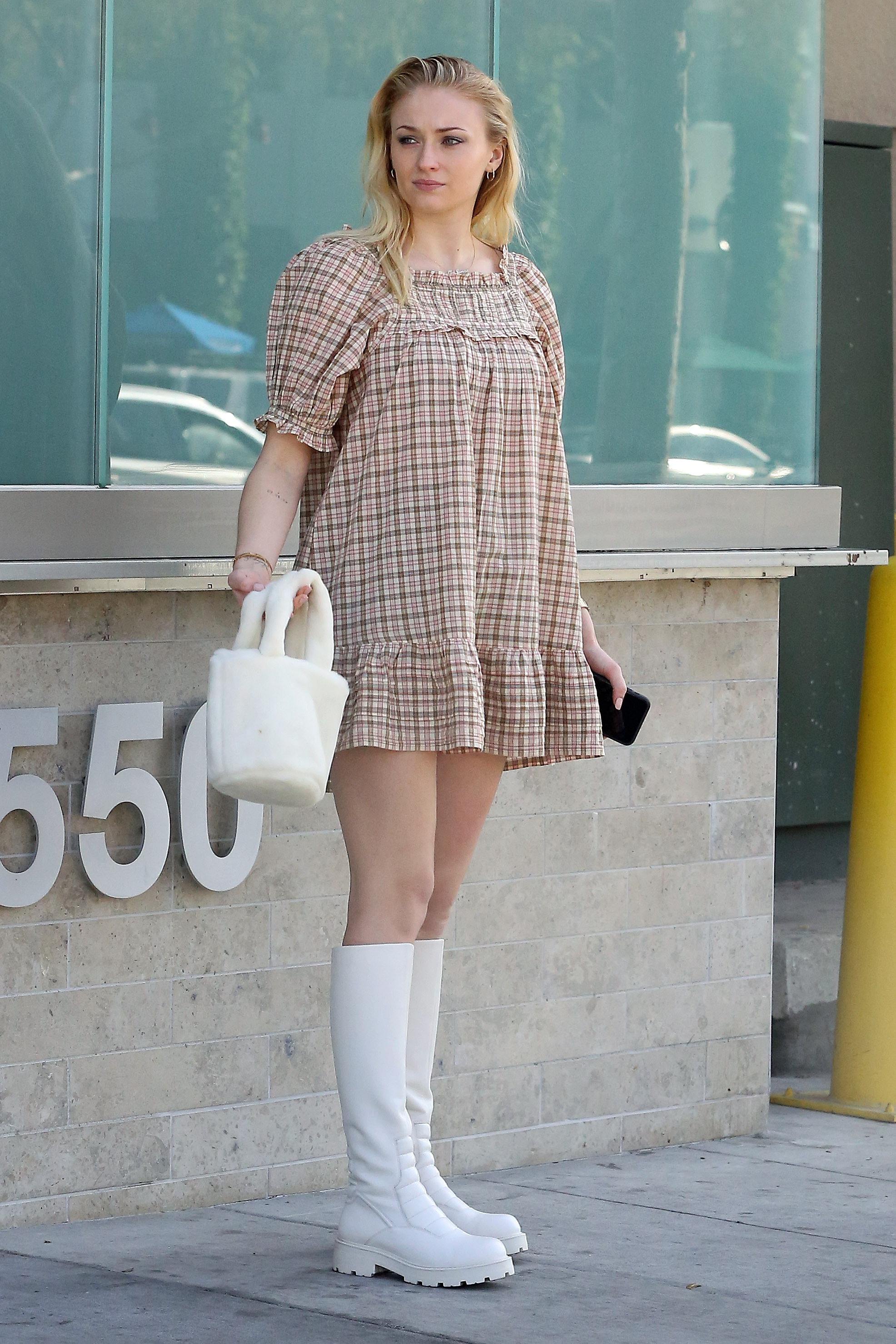 The Game of Thrones actress opted to accessorize the look with a white fluffy bag, which she was seen holding in front of her stomach while grabbing a juice in LA alongside her other half, 30.

She amplified her daytime outfit with simple touches including a gold watch, hoop earrings and her wedding ring.

The British beauty complemented her look by leaving her hair in a tousled style and sported a soft smokey eye for the outing. 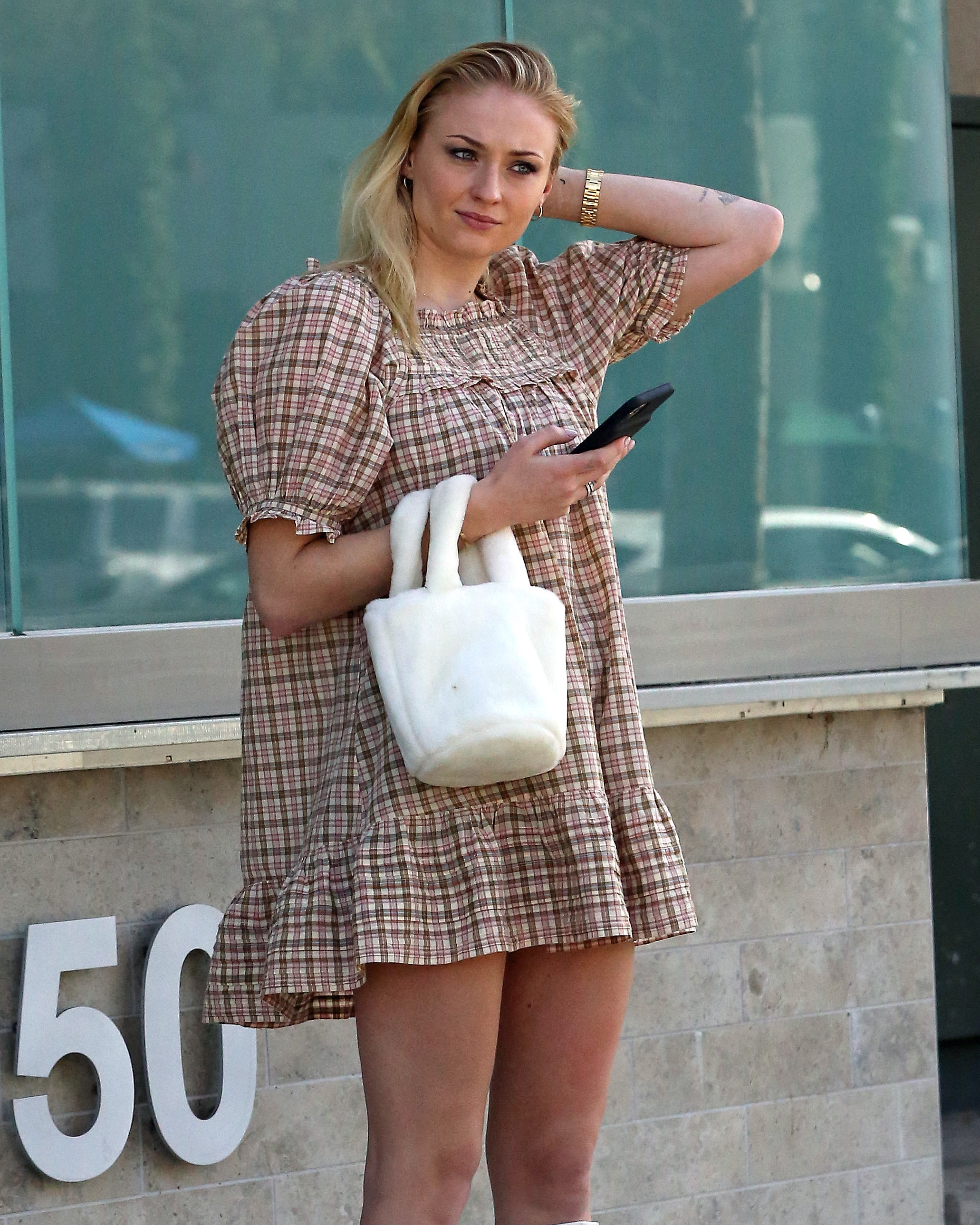 The couple's appearance comes after it was reported that they are expecting their first child this summer.

Insiders told Just Jared: "The couple is keeping things very hush hush but their friends and family are super excited for them."

While another source shared: "Sophie has decidedly been choosing outfits to wear on and off the carpet to accommodate her changing body."

Sophie is apparently expected to be about four months along and set to welcome the bundle of joy in the summer. 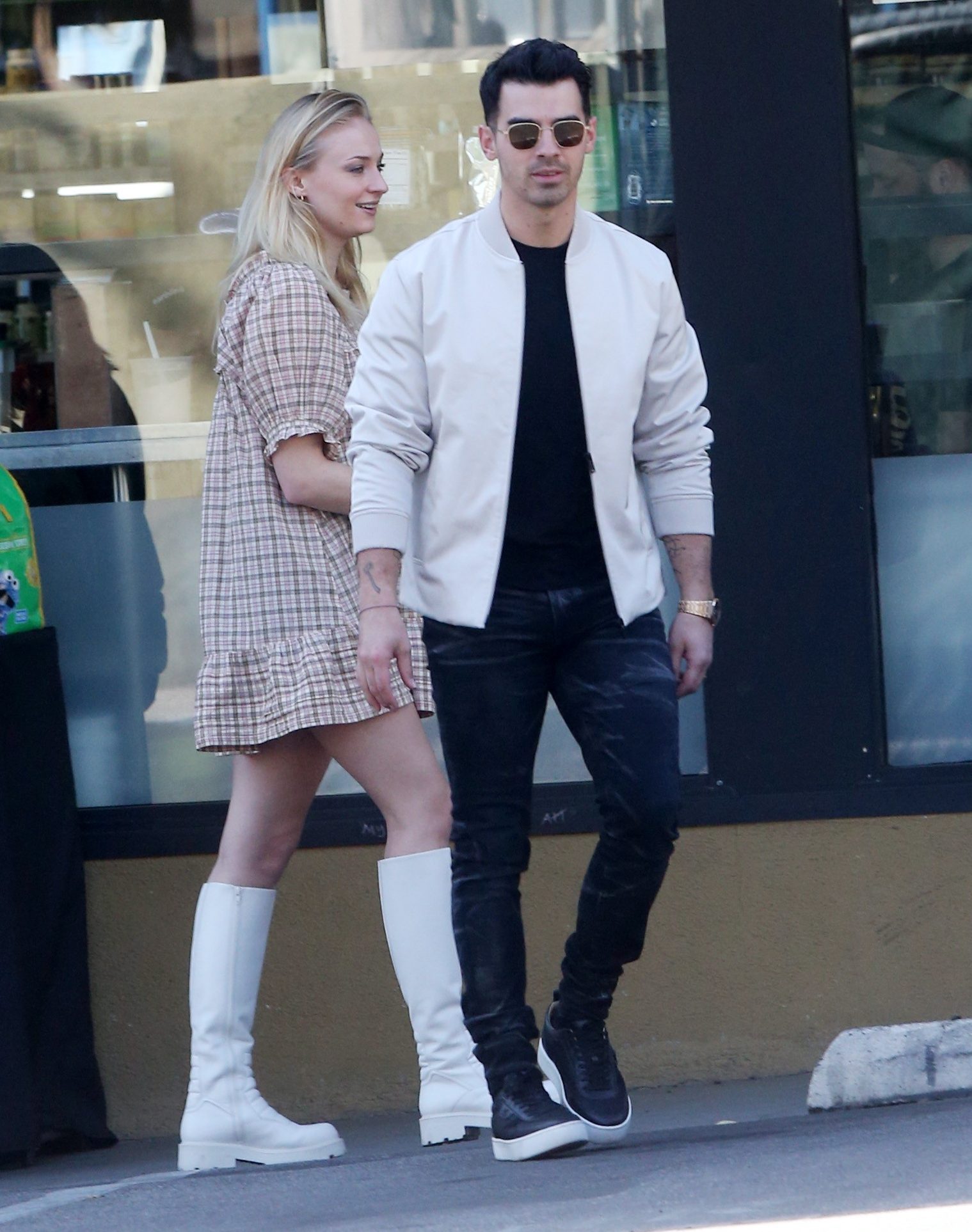 A source told E! News: "They told their families recently and everyone is ecstatic and so happy for them."

The couple, who have been together since 2016, married this past May in Las Vegas after they appeared at the Billboard Music Awards.

They invited family and friends for a more formal ceremony the following month in France.