Season three of the Netflix series went full Cold War thriller as the gang investigated a Russian plot beneath the Starcourt Mall. A recent Stranger Things promo revealed the surprising return of Jim Hopper (played by David Harbour), but amidst the usual sci fi thrills there may be time for another blossoming romance.

The second season of Stranger Things introduced the possibilities of high school romance as the cast of teens began ditching Dungeons and Dragons.

Mike Wheeler (Finn Wolfhard) and Eleven (Millie Bobby Brown) got together during the school dance, although their relationship hit some rocky roads in the third season.

After being abducted into the sinister parallel dimension known as the Upside Down, Will Byers (Noah Schnapp) hasn’t had much time to kick back and be a normal teen.

Fortunately that may all be about to change as the star revealed some tantalising info for what fans could see in the upcoming season. 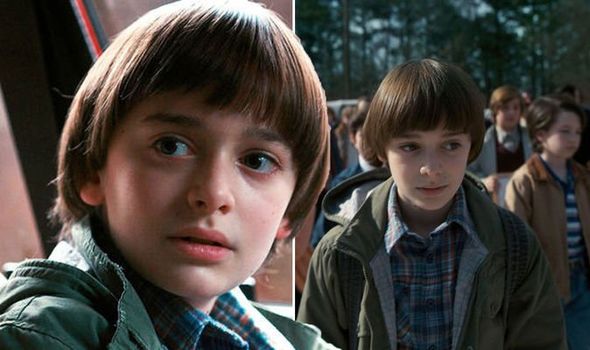 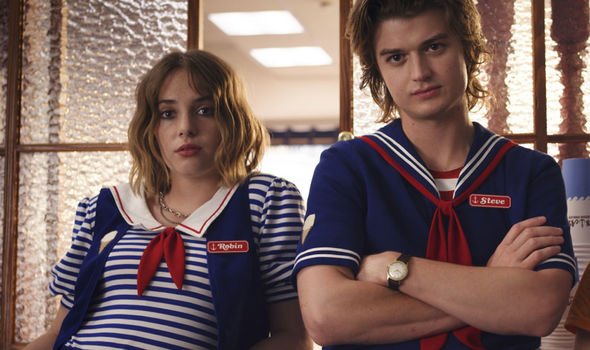 The interview made reference to an agitated exchange between the friends, in which Mike snaps at Will: “It’s not my fault you don’t like girls!”

Following this line, some fans were speculating that Will could be gay or asexual, and Noah has finally given his thoughts.

Speaking to Entertainment Weekly Noah said: “There’s nothing set in stone – some people perceive it as Will could be gay, asexual or whatever.

“Or, like how I see it, he was stuck in the Upside Down, and he was away for so long that all of his friends started growing up while he was in this other world.” 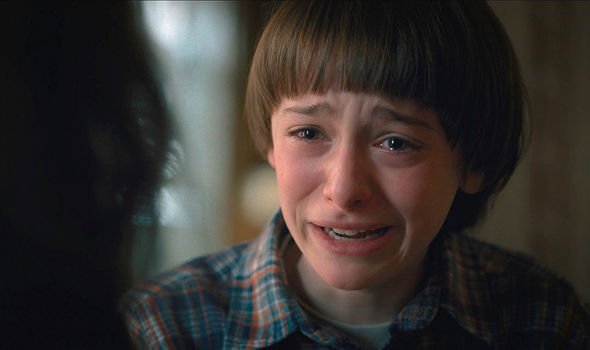 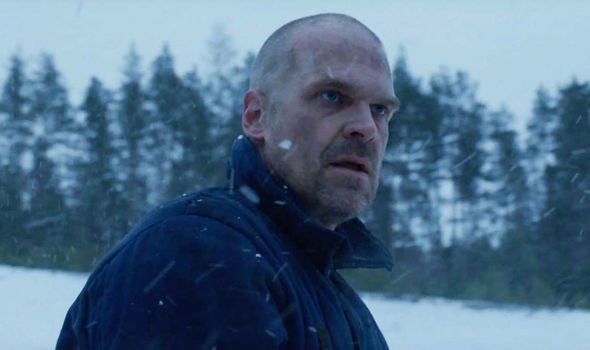 Indeed, compared to his other friends Will has definitely had a stalled adolescence.

When he returned from his transdimensional trip, he was still keen to keep playing D&D while his friends were less enthusiastic.

Noah added: “He wasn’t ready to face this maturity and get into relationships. So, I think that’s what Will is going through right now.”

The series set a precedent in the third season with the introduction of new character Robin (Maya Hawke), who revealed she was gay to an understanding Steve (Joe Keery).

Whether or not the fourth season will confirm Will as another LGBTQ character for the series is uncertain, but Noah’s comments definitely indicate that the cast of kids will start maturing even more than they already have.

No new cast members have been announced, but fans could see the introduction of another high schooler who may become a new love interest for Will.

Now that Dustin (Gaten Matarazzo) may have found the girl of his dreams in Suzie, his Science Camp girlfriend most of his buddies assumed he had been making up.

She was finally revealed to be real in the season finale, leaving only Will and Lucas (Caleb McLaughlin) left single.

There has already been major romantic drama throughout the show thanks to the angsty love triangle between Steve, Nancy (Natalia Dyer) and Will’s brother Jonathan (Charlie Heaton).

The string of romantic interplay has become as much a staple of Stranger Things as its countless 80s references, so it wouldn’t be surprising to see a new love interest for Will.

No release date has yet been set for Stranger Things season for, but with production currently underway love and monsters are definitely in the air.

Stranger Things is available to stream on Netflix.