SUNDAY BRUNCH returned this morning with a host of of guests to discuss the latest gossip as well as cook some delicious dishes with hosts Simon Rimmer and Tim Lovejoy.

The Sunday Brunch hosts were joined by former EastEnders actress Kara Tointon for the first time as they began cooking. However, the episode saw Kara appearing to mess up as she poured the wrong amounts of ingredients in the blender and “breaking” it as Simon was forced to intervene. 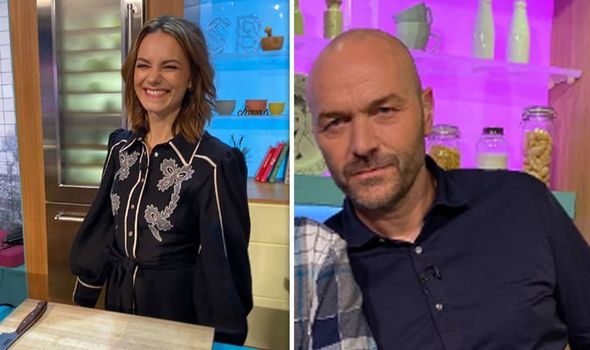 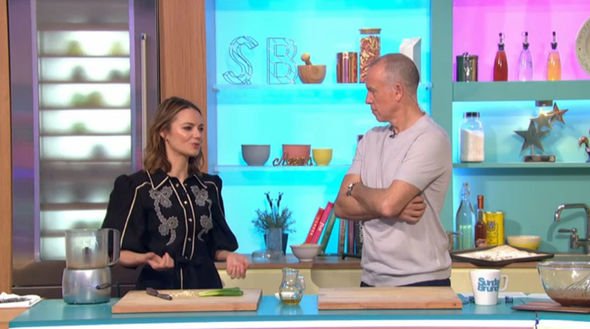 Sunday Brunch is known for its fair share of funny moments with celebrities being clumsy, funny or stupid but today’s guests were all of those things.

Kara was first up cooking a meal with Simon and Tim and they chatted while cooking and following instructions.


After Simon told Kara to pour some of the ingredients into the blender, she emptied all of them in and complained: “I’ve already messed up!” but it got worse when Simon had to come and take it out of the blender which was not secured and told Kara: “You’ve broken it”. 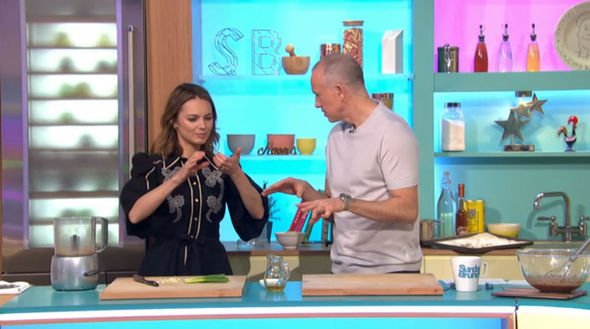 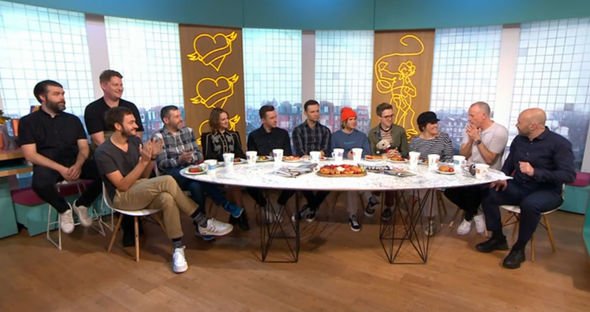 “Not not all of them, half of those!,” he said to Kara who was clearly worried she’d done something wrong.

“That’s fine,” Simon responded as he rushed to open the blender and take of half of the ingredients out.

“Would have been a disaster,” he continued as Tim looked on the struggling pair.

Viewers then saw Simon struggle a little bit with the blender as it didn’t seem to secure to the machine and it was clear Kara felt she was responsible.

“Oh oh no,” an embarrassed Kara added following the murmurs from the rest of the guests who thought she may have broken it.

Simon agreed with them. “Do you know what I mean?” he added while expressing his frustration to the camera.


A deflated Kara put her hands to her face, seemingly feeling utterly ashamed that she may well have just broken the equipment they needed to make their meal.

“You’ve broken the show,” Simon told her while his co-host Tim joked: “Come on everyone, let’s go home,” nodding his head in disappointment as he gestured to walk off.

Simon sensed how embarrassed Kara was as she was caught up in the blunder and he gave her a helping hand and told her to continue after he fixed the blender.

It wasn’t too long before Kara had messed up again as she said: “Okay, now I can’t tun the lid,” and Simon came to her rescue again, this time only getting her to press the auto button on the blender.

Although it seemed Kara just didn’t have it together this morning, her first time on the show is surely one to remember.

Sunday Brunch airs Sundays at 9.30am on Channel 4.