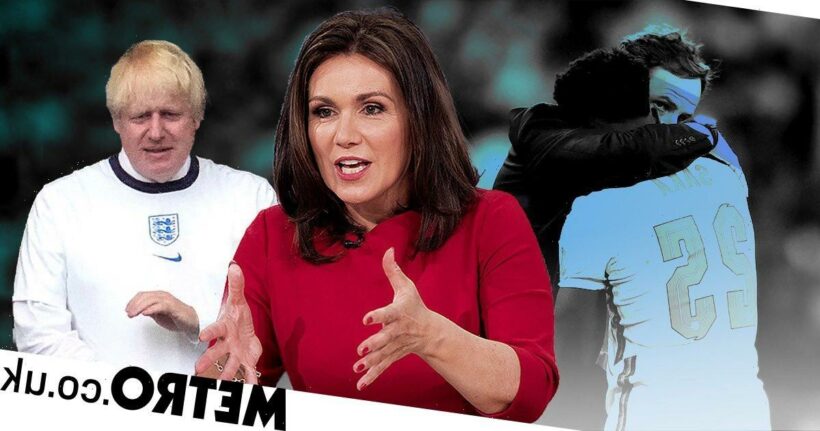 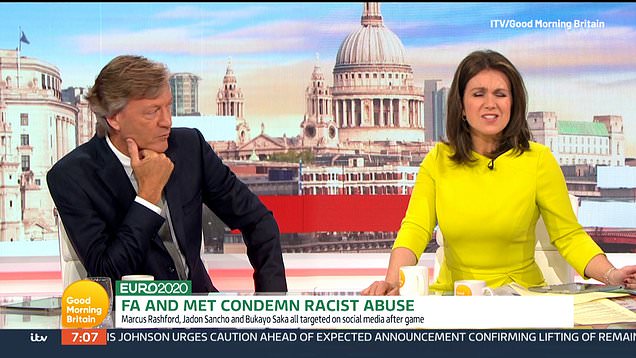 Good Morning Britain’s Susanna Reid has hit out at Boris Johnson’s reaction to the racist abuse aimed at England players following their exit from Euro 2020.

Boris Johnson tweeted on Monday morning: ‘This England team deserve to be lauded as heroes, not racially abused on social media.

‘Those responsible for this appalling abuse should be ashamed of themselves.’

Slamming the tweet, Susanna said: ‘He sounds like a slightly disappointed parent. I mean for goodness sake, it’s got to be a bit more than “You should be ashamed of yourself”.’

It comes after the FA posted a statement about the abuse, saying: ‘The FA strongly condemns all forms of discrimination and is appalled by the online racism that has been aimed at some out our England players on social media. 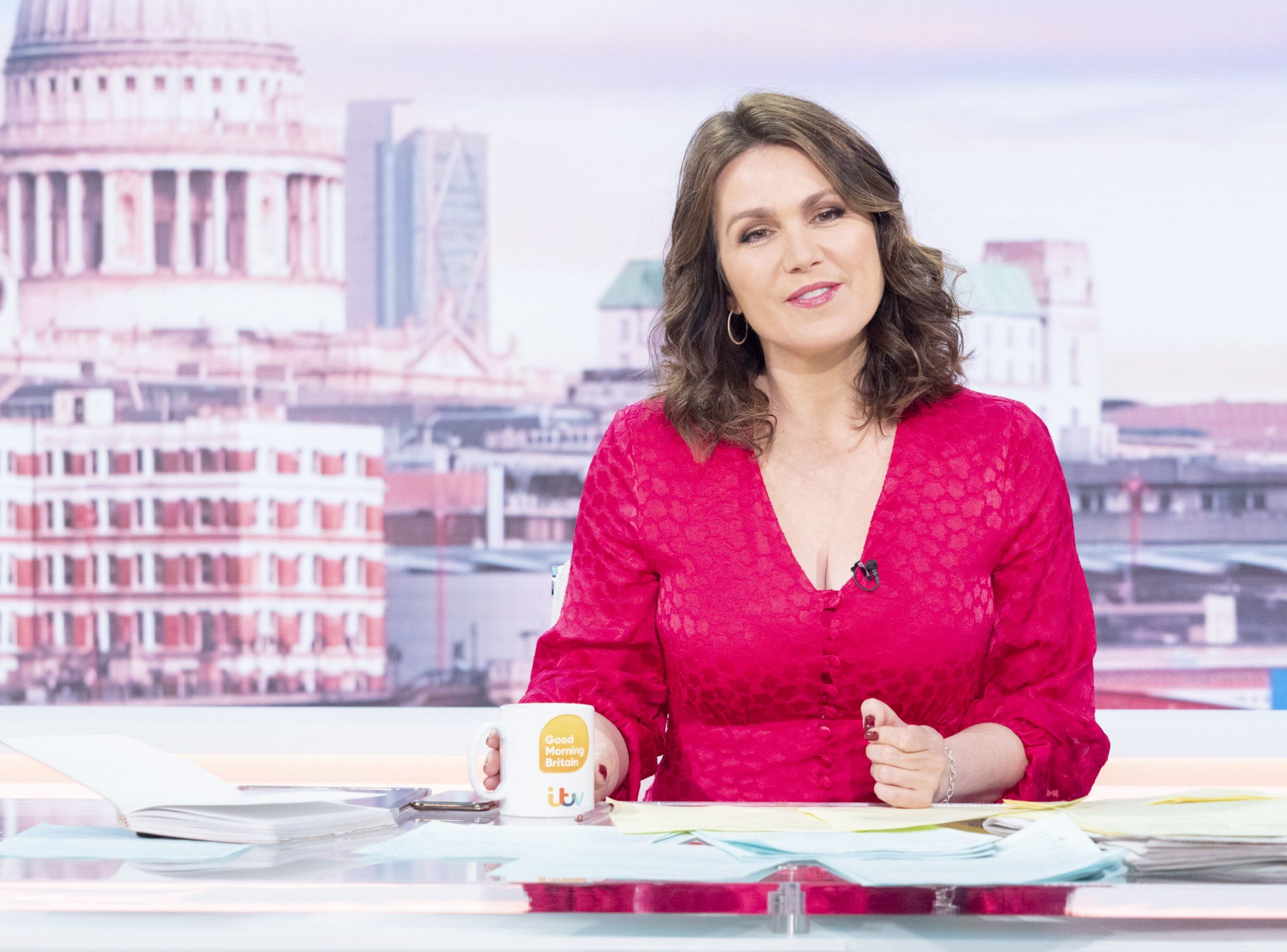 This England team deserve to be lauded as heroes, not racially abused on social media.

Those responsible for this appalling abuse should be ashamed of themselves.

‘We could not be clearer that anyone behind such disgusting behaviour is not welcome in following the team. We will do all we can to support the players affected while urging the toughest punishments for anyone responsible.’

Earlier in the show, Richard Madeley called to ’lock away’ racist social media users in an impassioned speech.

The 65-year-old said: ‘It’s not enough just to decry it and call it disgusting. We have to track these people down, and it is possible through IP addresses.’

‘We need to spend some time and some money to get these guys and to lock them away.’

He added: ‘It is not representative of this country. It is a disgusting distortion of what this country now is today. It didn’t use to be, but now we are a properly diverse, wonderful country to live in today.

Good Morning Britain airs on weekdays at 6am on ITV.