Many 90 Day Fiancé couples don’t work out in the end. The show’s fans watch as the reality TV duos strive to make their relationships work amid such difficulties as long-distance, green card issues, and the pressure that comes along with newfound reality TV stardom. 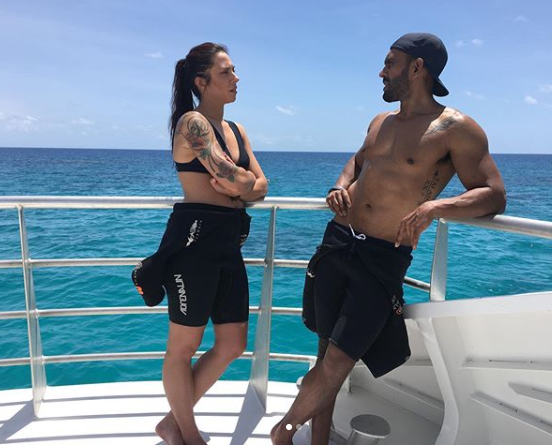 Ash Naeck and Avery Warner have broken up

One such couple is Ash Naeck and Avery Warner. Ash recently revealed that he and Avery broke up a few weeks ago.

“Avery has a lot of trust issues and trust issues with men. We did break up on a situation where Avery felt trust was questioned. So on that basis, she decided to break up. Whether if it’s stupid or not, I think you guys will see it. I’ll leave that to the opinion of people,” he said in an interview with The Domenick Nati Show on June 1.

This was on the way to filming the interview portion of the show “the parts where we narrate”. Did you know those days are the worst?!?! 😂😂. First you have to go through hours of grueling “trying to find an outfit the network approves of” them you gotta answer question upon question for a solid 8-10 hours. Not a fan of interview days 👆🏻😂. #90dayfiancebeforethe90days #90dayfiance #realitytv #realityshow

RELATED: ’90 Day Fiancé’: Tom Brooks Gives an Update on Him and Darcey Silva–Do They Still Talk?

90 Day Fiancé fans might recall a rumor that claimed Avery only got back with Ash after she learned he was cast in the show. In the June 1 interview, Ash confirmed the rumor. But he doesn’t like to think about their getting back together before filming in those terms.

“I’d like not to think like that. But I think it can be seen in two different ways where some people think, ‘You know what, she came back because of the show,’ and some would think it was a way for her to reconnect back again, I think,” he said.

Ash continued: “So for me, I went to the other side where maybe it’s a way to reconnect back. We reconnected and, yeah, that pretty much opened the door to be on the show. But from that point, that standpoint, people can have two different opinions right now.”

Ash is still in love with Avery

Even though they’re currently not together, Ash says he won’t be dating anyone else anytime soon because he’s still in love with Avery.

Ash continued: “It’s a lot of healing that needs to happen, personally. Everyone is different. Avery can move on very quickly or slowly, depending on the person. But for me, personally, it would take a little while for me to even think of a relationship in the near future.”

Behind the scene of our very last day together ✈️ 🇺🇸 . Avery cooked an amazing meal for us while I surprised her with some special flower 💐 creation . That last pic was the flash going off and blinding the shit out of my eyes 👀 . Flash and Graves doesn’t work well together 😳 . I receive a few DMs asking if our interaction during the shoot was always stressful . On camera it was super stressful and it gave the impression we were always fighting . However, off camera we had loads of fun and here is one of them . The last day was both fun and sad but we had a blast . Next week, is the last episode and I will have a surprise for y’all 😊 . Keep safe and hope y’all enjoying the show 💛 . . . . #90dayfiancebeforethe90days #90dayfiance #90daysfiance

RELATED: ’90 Day Fiancé’: Usman Umar Says None of His Family and Friends Like Babygirl Lisa Hamme

Additionally, it seems like, despite their breakup, Ash still wants to marry Avery.

“Would you still be interested in marrying her?” asked the interviewer.

“I think the smile tells you a lot,” he said.

Read more: ’90 Day Fiancé’: Usman Umar Is Worried Babygirl Lisa Hamme Would Call the Cops on Him and He’d ‘Go to Prison for No Reason’