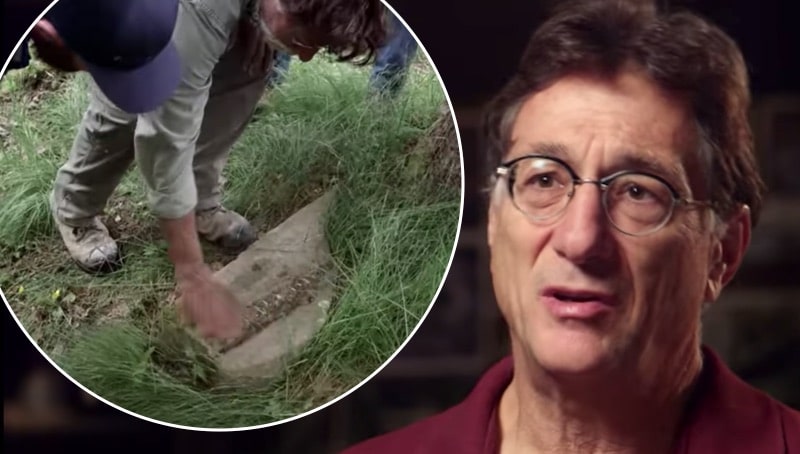 On this week’s episode of The Curse of Oak Island, the treasure-hunting team led by Rick and Marty Lagina come across an enigma that has them baffled. It’s a sizable stone, but instead of being amongst other boulders, it’s sitting all by itself — and, remarkably, features strange carvings.

In preview footage shown at the end of last week’s episode, the team were filmed examining the boulder as it lay partially submerged next to the trunk of a tree. Rick was heard saying, “We’ve never seen another stone like this on the island.”

Craig Tester, looking at the strange carvings, remarked, “It looks like Roman numerals.” Meanwhile, Marty was heard saying: “It’s mysterious, and was found near the Money Pit.” In a trailer for this week’s episode, he adds: “Anything close to the Money Pit needs to be investigated.”

In last week’s preview footage, the stone was shown bathed in a green light after being cleaned, likely as it was being examined further. 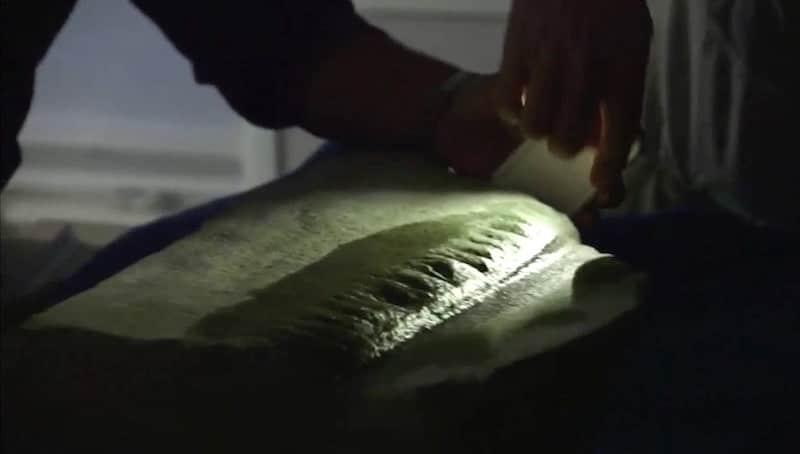 In a tantalizing glimpse of what the stone could mean, History has revealed that it “suggests an early Viking presence on Oak Island.”

Meanwhile, this week’s episode, titled Fingers Made of Stone, also sees the team’s efforts continue at Smith’s Cove with new and exciting revelations. Now that the cofferdam has been put in place, the once liquid cove is definitely a muddy mess, but excavation work is progressing well.

In the trailer, Rick is seen surveying the mucky pit which they hope will yield significant finds when shouts of, “Did you see that? What’s between those two rocks? There’s an opening there!” get his attention.

Rick is heard saying, “It’s hard to imagine Mother Nature laid those stones like that.” He adds, “Does this look normal to you?”

Have the team stumbled upon a crucial discovery, one that will get them closer than ever before to unraveling the centuries old mystery on Oak Island?

“That just doesn’t seem natural.” The hunt continues next Tuesday on HISTORY at 9/8c, followed by the new hit series, Project Blue Book at 10/9c.

The Curse of Oak
Island airs Tuesday nights at 9/8c.