The Spanish Princess is back for its second and final season. In the new series, Catherine of Aragon and Henry VIII marriage is on the rocks, alongside a war between the English and the Scots. Who does Mark Rowley play in the new series?

WARNING: This article contains spoilers about The Spanish Princess season 2

Who does Mark Rowley play in The Spanish Princess?

Mark Rowley made his debut in the premiere episode of the new series of The Spanish Princess.

He plays the role of Alexander Stewart, the archbishop of St Andrews in the series, one of James IV’s (played by Ray Stevenson) many illegitimate children.

Alexander was James’ eldest illegitimate child and the elder brother of Catherine Stewart, his only full sibling.

He was half brother to James Stewart, Margaret Stewart and Janet Stewart, the other illegitimate children of James IV and his mistresses and the half brother of James V. 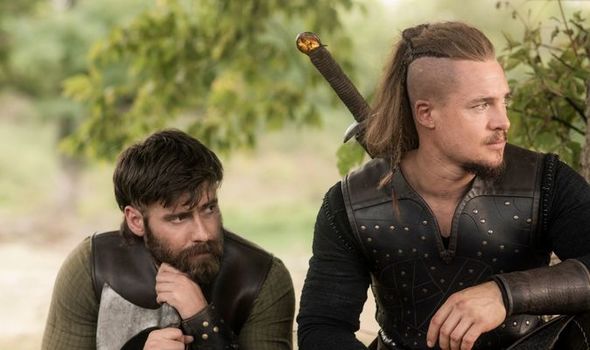 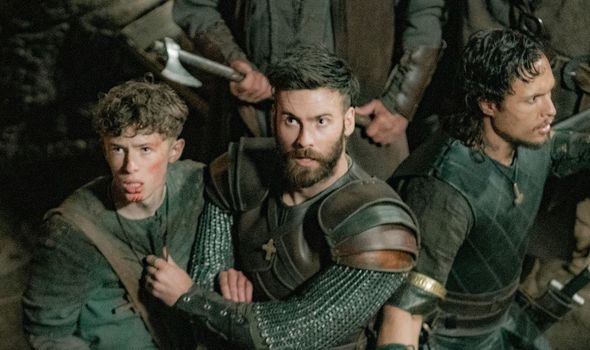 James IV’s marriage in 1503 to Margaret Tudor, also known as Meg (Georgie Henley), linked the royal houses of Scotland and England. It led to the Union of the Crowns in 1603.

In 1511, Alexander co-founded St Leonard’s College in St Andrews, which you can visit today.

Sadly, he was killed alongside his father at the Battle of Flodden on September 9, 1513.

Express.co.uk will update this article when more information is available about his character on the show. 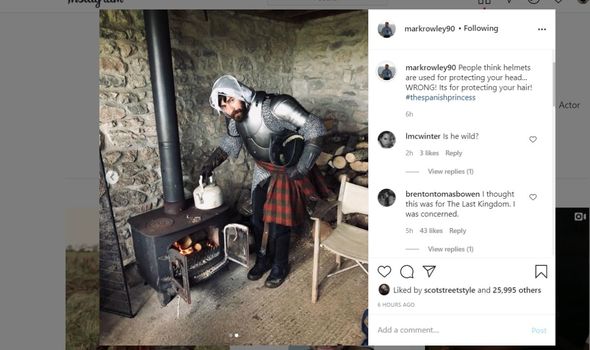 On his personal Instagram, Rowley has been posting some behind the scenes photographs of his time filming The Spanish Princess.

Most recently, he posted a picture of him in full armour, wrapped in Scottish tartan. 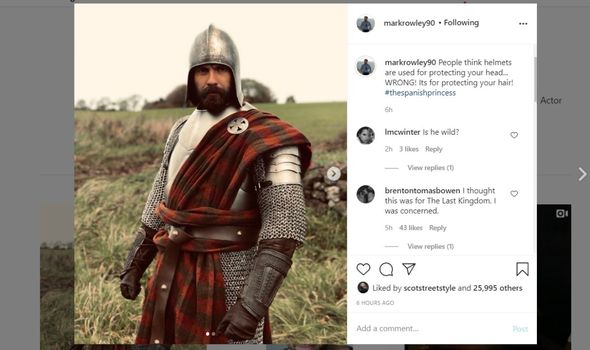 Fans immediately too the comment section to share their excitement about him being part of the show.

One fan commented: “I watched over the weekend and was happy to recognize you!”

A second fan added: “I was so happy to see you on The Spanish Princess!!”

Who is Mark Rowley?

Mark Rowley is a Scottish actor from Paisley, Glasgow.

The Spanish Princess fans will most likely recognise Rowley from his role was Finan in Netflix’s The Last Kingdom.

In The Last Kingdom, Rowley stars alongside Alexander Dreymon and Eliza Butterworth.

Most recently, Rowley starred in the 2020 miniseries, The North Water, alongside his The Last Kingdom co-star Eliza Butterworth.

He then went onto star on to star in River City as James McAllister, Piers in Young Dracula and Stephen Banks in Home Fires.

The Spanish Princess airs Sundays on Starz and Starzplay