Meghan McCain is one of the most vocal co-hosts on The View. The Republican analyst is passionate about politics and loves to debate her panelists on all the issues. However, McCain is being increasingly known for throwing temper tantrums when she’s not given enough time to explain her viewpoint or gets interrupted. “Hot Topics” about sex make her act awkward and topics about kids make her completely uncomfortable. 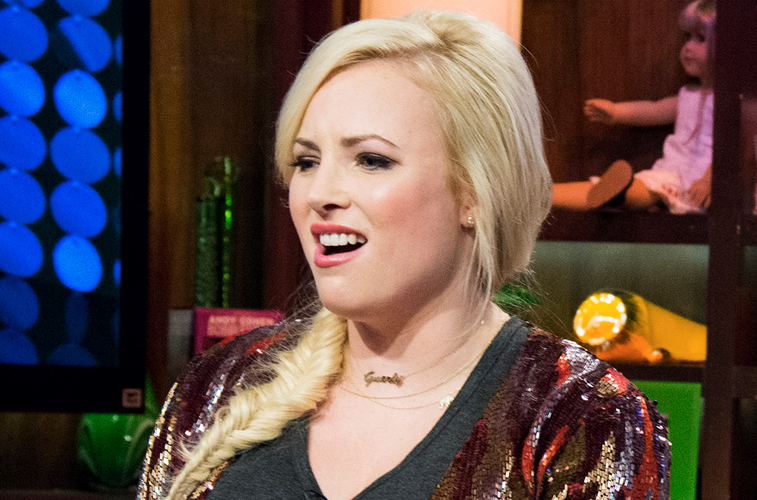 What made Meghan McCain upset?

On Thursday’s show, the ladies discussed several topics that involved being a mother. McCain cannot personally relate to the issues as she has yet to experience motherhood.

When the co-hosts were debating about the backlash actress Shay Mitchell receive for posing for pictures while breastfeeding, McCain lashed out.

McCain did manage to not make it completely about herself and weigh in on the controversy the former Pretty Little Liars star was facing.

“She looks beautiful and I don’t care. I care about Mayor Pete right now and his response. Let her live, who cares,” she added.

Earlier in the talk, Abby Huntsman talked about her own experience breastfeeding. She shared that no one talks about the process and found out about the gruesome process after having to live through it with her children.

“Thank you for scaring me off of breastfeeding, apparently, there’s biting involved. That’s enough! I got nothing left to say about breastfeeding. But I admire women that do it because it does seem awful,” she ended.

Thankful for the day this beautiful lady was born. We love you @meghanmccain happy birthday!!!! ???

Later on in the show, Joy Behar presented a story about a teacher that warned her students that if they didn’t behave, “Santa was not going to deliver the goods.” With the topic revolving around children, McCain interrupted Huntsman and said she was “over it.”

“This is again, another subject where me not having a kid and I’m over it.” she said while looking at the audience. “And for the non-kid people… it’s ok. I’m so over this like if you don’t have a child, I can’t have a hot topic. It’s ridiculous.”

McCain later tried to get the hashtag “Justice for Childless Hosts” trending. Behar looked completely annoyed at McCain for interfering in the topic and cut her off to proceed to a commercial break.

Motherhood might be a sensitive subject for McCain as fans know she suffered a miscarriage not too long ago.

“I’ve always been agnostic about having kids,” she said on GMA. “I don’t feel naturally maternal. I don’t feel this natural draw to motherhood. And I think my response and how sad I felt afterward surprised me.”

In addition, McCain revealed that suffering the loss the baby was harder than she thought it would be.

“I always describe it as the inverse of losing my dad, because my dad was the ending of a beautiful, long-lived life and I grieve that, and the way I grieved having a miscarriage and grieved my daughter was what could have been, and grieving that part,” she explained.