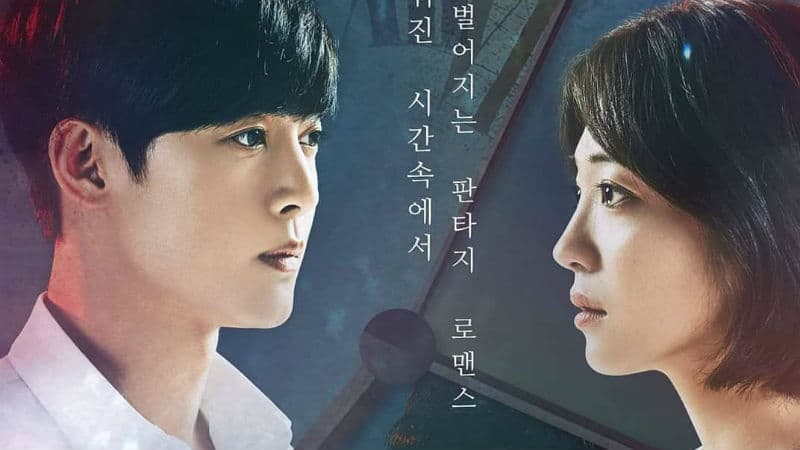 Kim Hyun-joong — one of the members of disbanded K-pop act SS501 and actor known for his roles in Boys Over Flowers and Playful Kiss — just completed his K-drama comeback in When Time Stopped. The viewership is split between domestic and international fans.

When Time Stopped is a fantasy romance in which Joon Woo (Kim Hyun-joong) is a special human being as he can stop the flow of time with the simple snap of his fingers. Unfortunately, his time stopping ability has caused him to “not live” but simply “exist.”

That is until Kim Sun-ah (Ahn Ji-hyun), the owner of the building in which Joon Woo lives in, shows that Joon Woo’s ability has no effect on her. Now there is another who is able to “see Joon Woo as he is,” he finally live his life, one in which he can be with Sun-ah?

The aforementioned plot along with the fact this K-drama is Kim Hyun-joong’s comeback to K-dramas since his discharge from the military should be enough for When Time Stopped to be a winner. Depending on the region, that is either is or not the case.

Back when When Time Stopped premiered its first episode, it was reported that it earned a domestic viewership rating of 0.1 percent.

That is horrendously low especially for a K-drama airing on a public (free-to-watch) Korean network channel. Since then, ratings for When Time Stopped have been “unrecorded” which means they were so low, they weren’t even shown to the public.

Fortunately, When Time Stopped did a lot better at least in the Americas on Rakuten Viki. For starters, it is currently the fifth most-watched series for Korean television (which includes Korean variety shows) as of the publication of this article.

It almost has 60,000 followers and a current rating of 9.6 percent out of more than 6,000 ratings. Secondly, Kim Hyun-joong was popular enough among international fans to rank in the top five #VikiTopCelebs list.

When Time Stopped may not be the best, but was entertaining and Koreans should have given it a chance!

When compared to other K-dramas, When Time Stopped is not the best K-drama out there. Compare it to Kim Hyun-joong’s past K-dramas like Boys Over Flowers and Playful Kiss and there really isn’t a comparison.

Still, it was a good K-drama with an entertaining story. It would have done way better in Korea if Koreans showed empathy or forgiveness.

From what it seems, they are notorious for wanting anyone who sins to suffer indefinitely. Many think that Kim Hyun-joong is “beyond forgiveness” for all the issues he dealt with, including the recent ones, in the past.

Both Kim Hyun-joong and Ahn Ji-hyun delivered with the roles they were given. Their acting was superb and the chemistry they had fit for the characters they were given. Even the supporting actors were great especially the other tenants who live in Sun-ah’s building.

Ultimately, if Koreans looked past Kim Hyun-joong’s past transgressions especially the ones he was found innocent of in a court of law, they might find themselves enjoying When Time Stopped.

For anyone, at least in the Americas, that wants to enjoy When Time Stopped, it is available to view on Rakuten Viki. The first six episodes are free. Subsequent episodes require the viewer to have a Viki Pass Standard subscription.