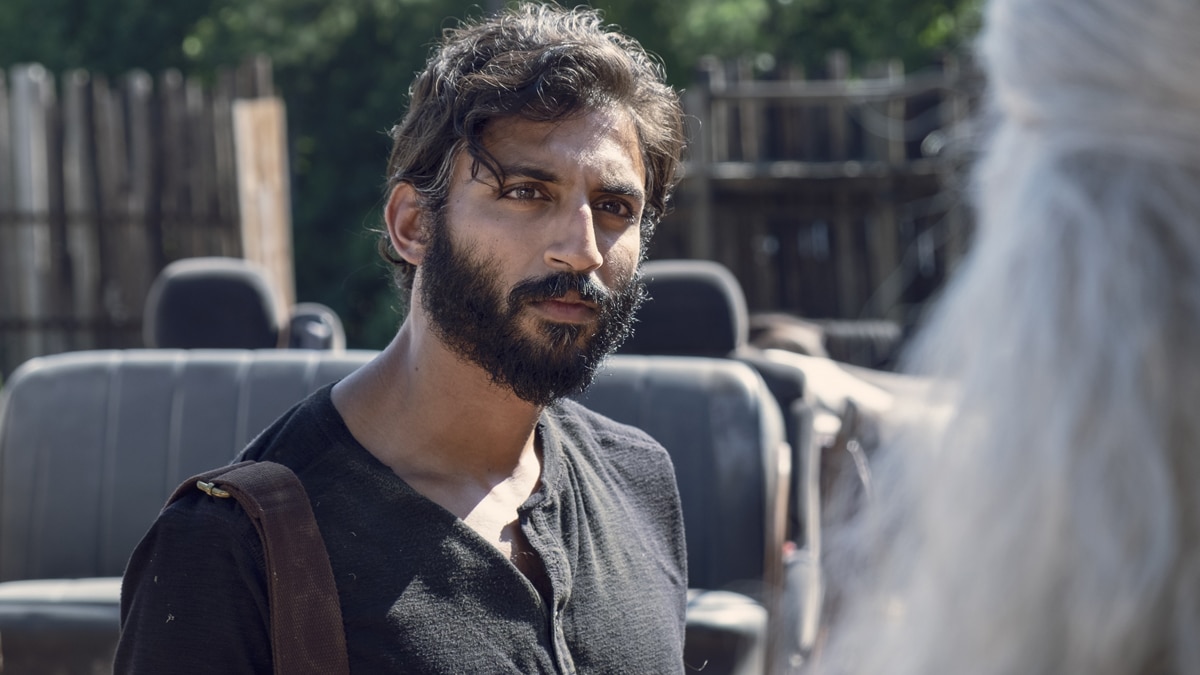 Actor Avi Nash plays Siddiq on The Walking Dead cast. The character has had some important story arcs on the show but doesn’t get enough screentime to be as familiar as other TWD cast members.

Siddiq first appeared on the show during Season 8, at first in a mysterious encounter. His first contact with the main characters was when Carl Grimes and Rick Grimes come across him in the episode titled, “Mercy.”

Carl felt guilty about pointing a gun at him and left some cans of food out for Siddiq.

The character of Siddiq kills walkers to release their souls, lost his parents early on in the outbreak, and befriends Carl during his second episode of Season 8.

As they were journeying back to Alexandria, where Carl planned to sneak Siddiq inside, this is where Carl was bitten. That bite eventually led to the death of Carl Grimes.

Who is Siddiq on The Walking Dead?

Siddiq is an interesting character on The Walking Dead. Viewers found out in Season 8 that he was a medical resident before the outbreak.

He ended up treating a number of characters for injuries and during the Season 9 premiere, it was revealed that he had become an integral part of the main group of survivors. He has basically become the resident doctor for Alexandria.

The actor who plays Siddiq on the Walking Dead cast is Avi Nash.

Before coming on the show, he had a few roles, with the most notable being that of Saleem in the movie, Barry. Now, Nash is best-known for his time spent on The Walking Dead cast, which continues in earnest during Season 9.

It is very clear that the character of Saddiq will have an important role in the final episodes of Season 9. Some interesting information was revealed during the latest episode of the show, but there is a lot of foreshadowing about what might come next.

Readers interested in taking a look at potential spoilers can enjoy this additional article.

The Walking Dead airs Sunday nights at 9/8c on AMC.