After that crazy Luke Skywalker cameo on “The Mandalorian,” we can’t help but wonder if we’ll be seeing him again soon 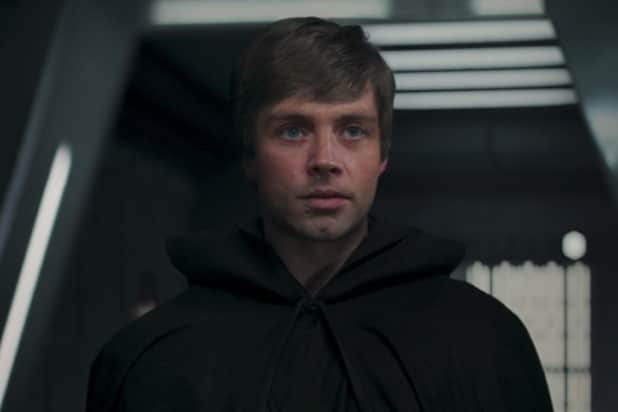 We’re all still reeling from what happened on “The Mandalorian” in the season 2 finale. It was quite a moment both for the TV portion of the “Star Wars” franchise — bringing Luke Skywalker into “The Mandalorian,” even if it was just for a cameo, gives a lot of weight to the shows Disney has in the works for next year and beyond.

Up to this point, “The Mandalorian” hadn’t really tried much to interact with the movies much. We had Boba Fett show up, but that was a pretty natural outgrowth given the subject matter. And, honestly, Boba Fett was a pretty minor character in the scheme of things. That’s no insult to the character, but we should all be able to agree that his inclusion doesn’t carry a tenth of the weight as including Luke Skywalker does.

The question now is: will there be more of this? Will Luke Skywalker be back for “The Mandalorian” Season 3? Will he show up in other Disney+ “Star Wars” shows? Could they also give other characters — like Leia or Han or Chewbacca — similar treatment?

The answer, almost certainly, is that we will almost certainly see more major movie characters pop up in various places in other “Star Wars” series. It’s just a question of who will show up where and when.

Remember, Disney has already announced two new Disney+ shows based on movie characters, with Lando Calrissian and Cassian Andor. Considering Andor died at the end of “Rogue One,” that show will by necessity take place before “The Mandalorian.” But the fact that they’re making those shows means they’re serious about lending this sort of legitimacy to their Disney+ plans. And so we should expect more stuff like this Luke Skywalker cameo moving forward based on that alone.

But there’s also just the issue of the plot development that Luke Skywalker represents for “The Mandalorian” and its spinoffs that were just announced.

Luke strolled into “The Mandalorian” season finale and flew away with Baby Yoda. It seems absolutely unfathomable that Disney would be discarding Baby Yoda like this, considering how popular he is. It seems like a guarantee that we’ll see Baby Yoda again in the future.

And it follows, then, that we will see this new version of Luke Skywalker again too, whether it come in the form of Max Lloyd Jones once again taking on the role while wearing Mark Hamill’s face, or somebody like Sebastian Stan taking over in a more traditional method of recasting. It’s a big deal that Baby Yoda is with Luke now, and it would be strange if Luke isn’t there whenever Baby Yoda inevitably pops up again.

With Disney’s rather robust and ambitious plan for “Star Wars” on Disney+ on full display at the company’s investor presentation earlier this month, I can’t help but assume that this Luke Skywalker cameo is as much a signal about what they plan to do going foward as the titles they announced. This feels like Disney telling us that this is the future of “Star Wars.”

And the history of “Star Wars” tells us that, if this really is the way of the franchise going forward, it’s gonna have plenty more Luke Skywalker in it.